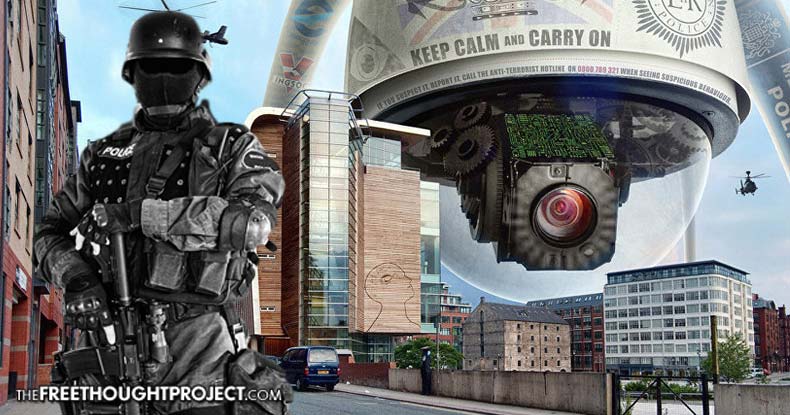 Never let a tragedy go unused. This mantra of the State is as strong today as it was the day after 9/11.

As 9/11 was used to invade and occupy Iraq and Afghanistan – securing a geopolitical foothold in the region like never before – civil rights were dismantled and energies were devoted to the development of a massive domestic surveillance state that Stasi Germany could only dream of.

Indeed, 9/11 served as the perfect pretext for carrying out the goals of the Project for the New American Century (PNAC) – headed by Dick Cheney, Donald Rumsfeld and other purveyors of U.S. military hegemony.

Further, the process of transformation, even if it brings revolutionary change, is likely to be a long one, absent some catastrophic and catalyzing event – like a new Pearl Harbor.

While Cheney and the gang were wrecking the Middle East, carrying out countless extrajudicial killings and torturing “enemy combatants,” the same fabricated legal justifications for those actions were being used to build an enormous surveillance apparatus in the homeland.

Construction of spy centers increased at a frenzied rate as the “black budget” soared. The military- and surveillance-industrial complex couldn’t be happier, and indeed, their profit windfalls fueled about half of the economic recovery during the 2000s.

The Patriot Act, NSA warrantless wiretapping and FBINational Security Letters are a few examples of the abuses carried out under the banner of 9/11. The Snowden revelations finally began to jolt enough Americans into a state of awareness.

No one really knows the extent of the “hidden world, growing beyond control” of the surveillance state. Six years ago a Washington Post investigation found:

Some 1,271 government organizations and 1,931 private companies work on programs related to counterterrorism, homeland security and intelligence in about 10,000 locations across the United States.

In Washington and the surrounding area, 33 building complexes for top-secret intelligence work are under construction or have been built since September 2001. Together they occupy the equivalent of almost three Pentagons or 22 U.S. Capitol buildings – about 17 million square feet of space.

There is no evidence to suggest this astounding growth has been put in check. In 2013, the Black Budget was $52.6 billion, spent on 16 spy agencies with over 107,000 employees. The “espionage empire…rivals or exceeds the levels at the height of the Cold War.”

According to the New York Times, the amount spent on domestic counter-terrorism since 9/11 is a staggering $1 trillion. This is only for “homeland security measures,” not the overseas so-called War on Terror.

It is disturbing insight into how the State can manage a sustained campaign of fear-mongering, with the aid of mainstream media, to fog the vision of the American populace while spending incredible amounts of our tax money on an almost non-existent threat.

As John Mueller, senior research scientist at Ohio State’s Mershon Center for International Security Studies, says, this spending is not based on factual reality. It is a government-media scam based on an “aberration” of 9/11 rather than a true likelihood of terrorist attacks.

“An American has about a 1 in 4 million chance of being killed by a terrorist on U.S. soil, which has resulted on average seven deaths a year. One is far more likely to die from lightning or getting struck by a deer,” Mueller said.

“No one wants to talk about acceptable risk. But clearly we do accept a lot of risk. We can’t get risk down to zero in anything: automobiles, surgery, or a deer running across the road,” Mueller said. “We basically live with those threats.”

The director of the Ohio Homeland Security agency, a prime beneficiary of the funding, says the San Bernardino and Orlando shootings justify all this spending and warns that another 9/11 could happen if we don’t remain committed to the spending.

He doesn’t explain how we can expect to stop a psychopath from grabbing a gun and shooting up a nightclub or a place of employment, unless they put in place the kind of total surveillance George Orwell fictionalized in his book 1984.

Perpetrators of the surveillance state don’t need facts when justifying their existence. They will continue simply appealing to emotion, stoking fear and using 9/11 to spend another trillion on an almost non-existent threat.

Justin Gardner writes for TheFreeThoughtProject.com, where this article first appeared.