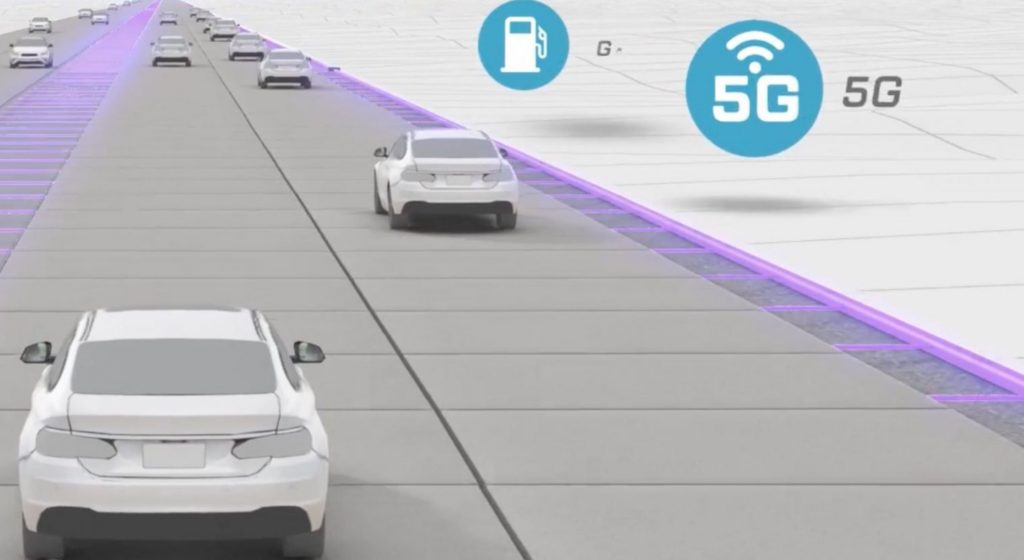 Most people who are at least aware of The Internet of Things are inclined to believe that it is purely about connecting smart gadgets and appliances to a localized home network. However, The Internet of Things itself is just one component of a much larger move toward full-scale smart cities where all infrastructure is embedded with sensors that can track and manage all people and all movements.

Colorado has announced that it is slated to become the first city in the United States to implement “smart pavement” as part of its preparation for the arrival of autonomous vehicles and sensor-linked standard vehicles that “can identify and warn drivers of hazardous conditions and sharp curves ahead but also provide and interconnectedness that is increasingly widespread,” according to The Denver Post.

“Smart pavement can make that determination and send that information directly into a vehicle,” said Peter Kozinski, director of CDOT’s futuristic RoadX division. “Data is the new asphalt of transportation.”

Using the familiar refrain of safety and security as being the impetus for the first round of testing, smart pavement developer Integrated Roadways clearly states that the ultimate goal of their work with the Colorado Department of Transportation is far beyond that, my emphasis added:

Integrated Roadways’ long-term goal with its smart pavement is not simply accident detection but a network that provides a collection of real-time services — such as road conditions and traffic alerts — to drivers in conventional cars or passengers riding in autonomous vehicles. Sylvester said the company hopes that its road technology will eventually generate business from trucking companies trying to minimize inefficiencies in fleet mobility, property developers seeking high-resolution traffic data and insurance companies trying to pinpoint accident risk with greater precision.

“The eventual goal is to relieve the burden from the public of paying for road improvements and shift it to commercial enterprises,” Sylvester said.

The only aspect not mentioned in the above summary of goals is, of course, law enforcement. All manner of data has become irresistible to both central planners and police to conduct warrantless public surveillance.  This would seem like yet another tool to be added to their growing arsenal. Let’s not forget the major news story when Seattle was discovered to have put in a secret WiFi mesh network funded by Homeland Security.  Or the ongoing controversy surrounding warrantless Stingray cell phone surveillance, among other abuses of public trust and privacy.

Naturally, more connectivity also brings an additional threat of widescale hacking and interconnected systems collapse, for which we also have a mountain of evidence to warrant serious concern. In fact, security experts have been vocal about the risks created by the Internet of Things which already has an almost 75% failure rate. So, the appeals to increased driver security provided by smart pavement connected to vehicles in a two-way data stream seem dubious at best.

We would also be remiss to mention the growing awareness of the health dangers of Electromagnetic Fields (EMFs) that will see an exponential increase with the arrival of fully connected smart cities.  For example, a prominent neuroscientist went on record in a lecture to the medical community itself where he exposed the many health risks as well as an industry-wide attempt by telecom to cover up the negative consequences. A world-renown biochemist is seeking to abolish WiFi in schools. And a British ER physician has made it her mission to educate people about what steps they can take to minimize exposure and damage to WiFi. A slew of peer-review scientific studies support the warnings of these experts. Even CBS has now penned an article discussing the general concerns about the rise of 5G and other forms of high-tech wireless being implemented in ever more intrusive and inescapable ways.

The rise of connected smart cities is in fact based upon multi-use systems and is being imposed with very little debate. At its worst, the merging of the Internet of Things with the industrial smart grid is part of a technocracy endgame that leaves very little room for human freedom. It is an all-encompassing agenda that has political support and the investment of every major tech company on the planet.

It is imperative that we learn and share what this overall smart cities agenda entails, and reveal each piece of the superstructure that is being built in front of us. The road is being paved….

You can read more from Kevin Samson at Activist Post, where this article first appeared. Support us at Patreon for as little as $1 per month. Follow us on Facebook, Twitter, Steemit, and BitChute. Ready for solutions? Subscribe to our premium newsletter Counter Markets.

3 thoughts on “Colorado Set To Become First In U.S. To Use “Smart Pavement” To Monitor Drivers In Real-Time”