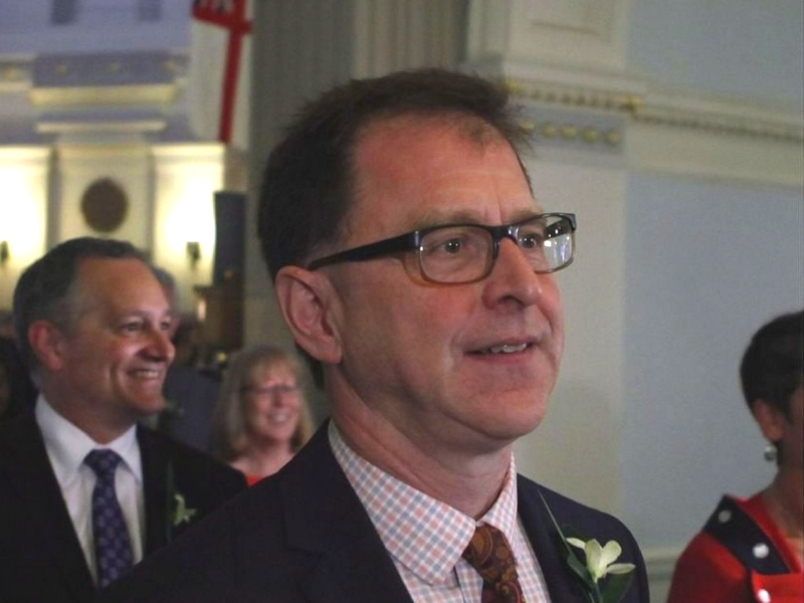 B.C. Health Minister Adrian Dix says he expects mandatory reporting of vaccinations to be in place for the start of school in September. All students in both public and private schools would be required to provide proof of immunization against diseases such as the measles.

Parents who refuse based on religious or philosophical grounds would be required to attend a course designed to show them the risks of not vaccinating their children.

Mandatory reporting is expected to help health officials find parents who might be unaware their children are not vaccinated, haven’t kept their immunizations up to date, or haven’t had easy access to vaccinations. Those parents would be provided with help in obtaining vaccinations for their children.

“We’ll be ready on what’s needed in terms of the overall regulation,” Dix said of the September goal. “We’ve got to make sure the procedures are in place. I believe they can be, but we have to make sure they are.”

The decision comes in the wake of a measles outbreak in Vancouver, with 13 cases reported so far.

Provincial health officer Bonnie Henry agreed that although regulations have to be drafted and processes have to be put in place, “September — the next school year — is probably a reasonable time frame.”

She said providing education on vaccines has proven to be more successful than forcing people to be vaccinated.

Dix said new legislation is not needed, since regulations can be added in accordance with the Public Health Act.

“It’s my view mandatory reporting can happen in a relatively short period of time,” said Dix. “The long period required to wait for legislation is not required in this case and we can move forward more quickly.”

In 2014, then provincial health officer Perry Kendall called for mandatory registration similar to the Ontario model after 342 measles cases were reported in the Fraser Valley. “That’s the direction we’d like to go,” said Dix, adding he doesn’t know why it didn’t happen earlier.

In Ontario, children who attend primary or secondary schools must be immunized against several diseases, including measles, unless they have an exemption for medical reasons or due to conscience or religious belief. “What we’ve proposed in B.C. is really the same as in Ontario,” said Dix. “It will be structured in law somewhat differently, but it will be mandatory reporting.”

Parents in Ontario must provide proof of immunization, and children who are not immunized can be removed from school during an outbreak.

Of the 13 confirmed cases of measles in B.C., two were reported on Sunday. Most of the cases are linked to two French-language schools after an unvaccinated child contracted the disease during a trip to Vietnam.

Of the two newest cases, one person lives in the Vancouver Coastal Health area, while the other was passing through Vancouver’s airport on the way to Edmonton and later to the Northwest Territories.

A spokesman with Vancouver International Airport said the first case arrived on a Philippine Airlines flight from Manila on Feb. 11, and another person with measles departed Vancouver on an Air Canada flight to Edmonton the following day and then left Edmonton on a Canadian North flight for Inuvik, N.W.T., on Feb. 13. “These are not related to the school outbreak,” said Henry.

Measles is a highly contagious airborne viral infection that spreads by coughing and sneezing. It is preventable with a measles, mumps and rubella (MMR) vaccine given in two doses.