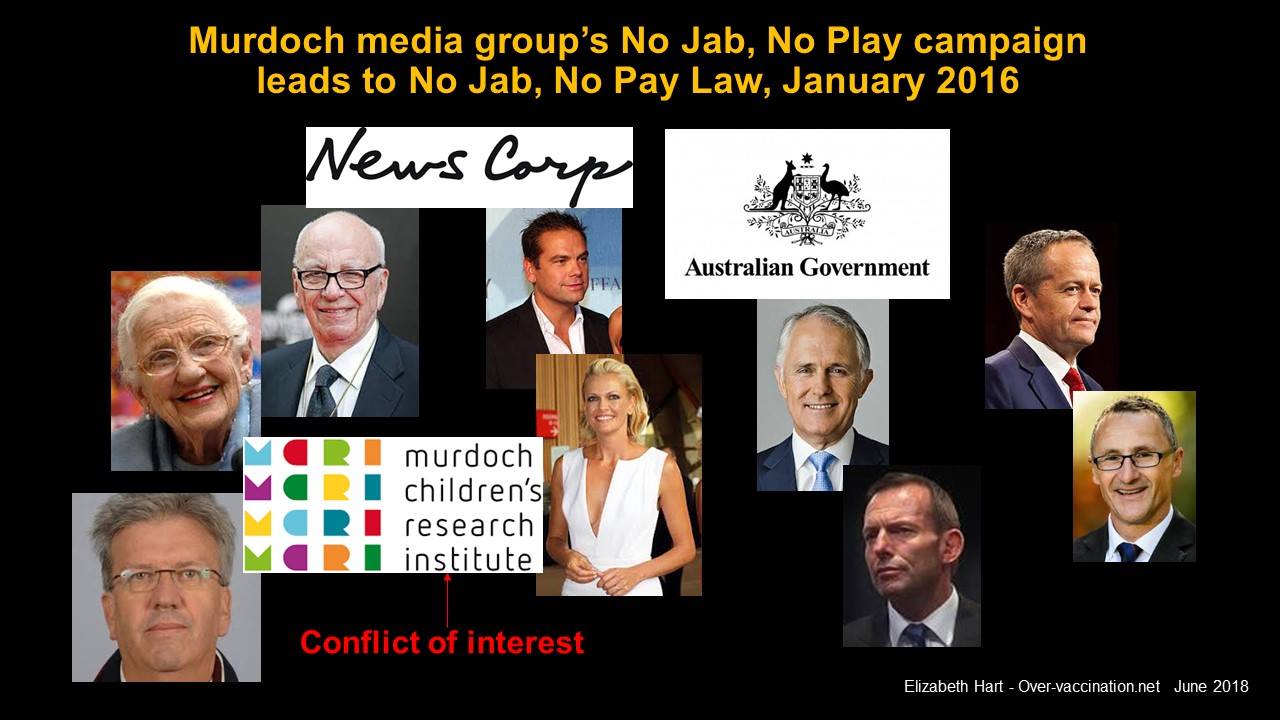 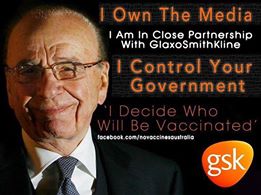 It is essential that citizens be allowed to freely discuss taxpayer-funded vaccination policy and emerging vaccine problems, particularly with coercive vaccination laws now being enacted by Australian Federal and State governments. I hope that the University of Wollongong will stand firm and defend the publication of Judy Wilyman’s most useful PhD thesis relevant to vaccination policy, along with her Masters thesis relevant to pertussis vaccination.
I too am investigating vaccination policy as an independent citizen, and am experiencing similar efforts to censor my perspective, for example the censoring of my interview podcast on university-owned radio 2ser on the subject of Policy and Politics Around Vaccinations, originally broadcast live on Thursday 21 February 2019.
I have now raised this matter of censorship with the Vice Chancellors of University Technology Sydney and Macquarie University, the universities which own 2ser.
In this regard, FYI, please see below my email to Professor Attila Brungs of University Technology Sydney. I have also forwarded a similar email to Professor S Bruce Dowton of Macquarie University.
Professor Wellings, it is time for retrospective critical analysis of how discussion on vaccination policy has been manipulated and hindered by a network of agents, not just in Australia, but globally.
There is a growing groundswell among citizens demanding transparency and accountability for vaccination policy, we are fighting against censorship.
Please see below my email to Professor Attila Brungs on this matter.
Kind regards
Elizabeth Hart
Independent Vaccination Policy Researcher
———- Forwarded message ———
From: Elizabeth Hart <elizmhart@gmail.com>
Date: Mon, Mar 25, 2019 at 12:58 PM
Subject: Censored interview on Radio 2ser re Policy and Politics Around Vaccinations – Interview with Elizabeth Hart
To: <Attila.Brungs@uts.edu.au>
Cc: <simone.lehmann@uts.edu.au>
For the attention of:
Professor Attila Brungs
Vice Chancellor, President and Chief Executive Officer
University of Technology Sydney
Dear Professor Brungs, an interview with me on Radio 2ser on the subject of vaccination policy has been censored by 2ser Managing Director Martin Walters. I bring this matter to your attention as 2ser is owned by University of Technology Sydney and Macquarie University. I request that the webpage with my podcast titled Policy and Politics Around Vaccinations be reinstated on 2ser.
Mr Walters advised me “…On reviewing the material presented, including the footnotes provided in your response, we are of the view that you do not meet our standards in having the appropriate qualifications to evaluate the science…” (Email dated 22 March 2019.)
Professor Brungs, I have a BA from the University of Adelaide, majoring in politics and philosophy. I am investigating vaccination policy from a political and ethical perspective, this is not just about ‘science’. However, citizens do not need to have any ‘qualifications’ to critique taxpayer-funded vaccination policy, this is our right in our liberal democracy.
The global pharmaceutical industry has plans afoot to increase vaccination from ‘cradle to grave’* – we must have transparency and accountability for government-mandated vaccination, and it is astonishing that this matter has received little or no critical analysis in the media. (*See for example the vaccine manufacturer Merck Sharp & Dohme (MSD) funded report: Moving the Needle – Promoting vaccination uptake across the life course: https://www.rsph.org.uk/uploads/assets/uploaded/f8cf580a-57b5-41f4-8e21de333af20f32.pdf )
The information I provided in my interview on 2ser was factual and provides valuable insights on the over-use of vaccine products not currently being relayed to the public by the mainstream/corporate media. Please note this is not an ‘anti-vaccination’ argument, rather I am challenging the lack of transparency and accountability for the over-use of vaccine products, a problem which can be compared to the over-use of antibiotics, opioids, anti-depressants and other medical products.
For your information, please see below a transcript of my interview re Policy and Politics Around Vaccinations, broadcast on 2ser on Thursday 21 February 2019.
As you will note from the transcript, I raise important matters relevant to vaccination policy, including the influence of the Murdoch media (aka News Corp) on the enactment of the Australian government’s coercive No Jab, No Pay law, and refer to News Corp’s conflict of interest in also being a supporter of the Murdoch Children’s Research Institute, an organisation co-founded by Rupert Murdoch’s mother Elisabeth Murdoch, which is involved in vaccine product development.  I also raise the conflicts of interest of academics who recommend vaccine products for the taxpayer-funded vaccination schedule (e.g. members of the Australian Technical Advisory Group on Immunisation). This is information the general public is unaware of due to the grossly biased discussion of vaccination in the media, including the taxpayer-funded ABC and SBS.
As noted in the interview, I appreciated that 2ser provided me with the opportunity to speak, but this has now been undermined by the removal of the relevant podcast webpage from the 2ser website, see copy of webpage attached.
I suggest the censoring of my interview contravenes 2ser Policies, e.g. 2ser’s News and Current Affairs Policy, particularly:

2. Encourage discussion, debate and exchange of ideas, which contributes to a more informed, educated, co-operative and compassionate society.
3. Adopt a genuinely critical and constructive standpoint on all issues, and encourages or provokes critical thought and analysis by our listeners.
4. Give attention to a wide range of intelligent viewpoints, and especially those under-represented in the media and social decision-making.

Professor Brungs, the discussion in my interview is just the tip of the iceberg, there is much to be exposed here, and I suggest the research sector needs to tread very carefully in regards to censoring this information. Citizens must be allowed to discuss taxpayer-funded vaccination policy in public forums.
Please note I am an independent citizen undertaking this research. I receive no funding and have no conflicts of interest, I am a citizen trying to achieve transparency and accountability for taxpayer-funded vaccination policy, this is my right in our liberal democracy. This is particularly urgent now that the Australian government, and some State governments, are mandating vaccination to access benefits and childcare, and thereby forcing compliance to an ever-increasing number of vaccine products and revaccinations, i.e. denying the right to free ‘informed consent’ before each of these medical interventions.
Again, please see the transcript of my interview broadcast on 2ser below – do you support this citizen’s perspective of vaccination policy being censored?
Professor Brungs, I request that the webpage with my podcast titled Policy and Politics Around Vaccinations be reinstated on 2ser.
Please give careful consideration to this matter of public interest.
I look forward to your response.
Yours sincerely
Elizabeth Hart 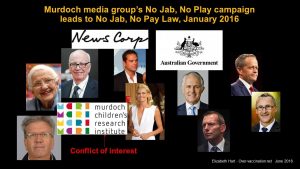 Transcript of an interview with Elizabeth Hart, independent vaccine researcher