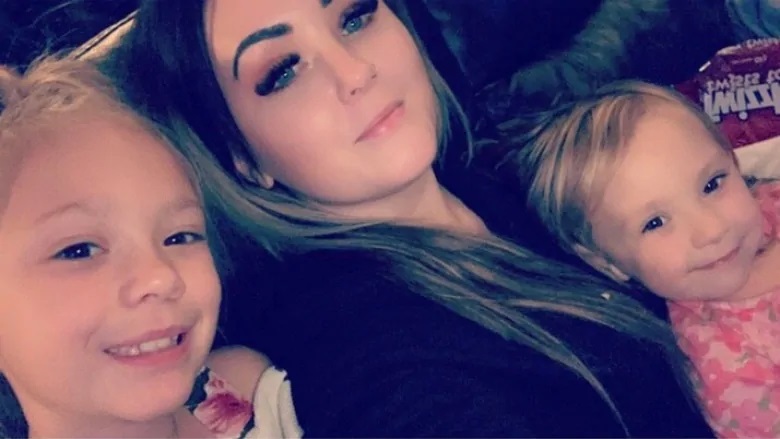 Deborah Tilli, 27, says she accepted the possibility of death while suffering a severe allergic reaction after receiving the COVID-19 vaccine. She says she feared her two daughters, ages seven and four, would be left without a mother. Submitted by Deborah Tilli.

A personal support worker feels the health-care system “failed” her after someone overlooked her allergies, she says, and let her get a COVID-19 vaccine.

The vaccine triggered a severe reaction which she says caused her to faint, suffer multiple seizures, require CPR and still feel the effects almost a week later.

Tilli says her case is a cautionary tale for those with allergies.

When she initially found out she was getting a vaccine, Tilli says, she was excited.

“I wasn’t scared, I was excited. I was like, ‘I’m going to be one of the first health-care workers in the city to get the vaccine,’” she said.

On Thursday at around 11:15 a.m., she was preparing to get vaccinated. She said she filled out consent forms and waited to be screened.

That’s when Tilli noticed something was off. She said the nurse looking over her file lacked confidence about what they were doing.

“I do have a severe allergy to bumblebees, and the nurse went over that with me and even questioned me about it, but … it seemed like she really didn’t know what she was doing,” Tilli said.

Tilli acknowledges she could have done more homework about the vaccination process ahead of time, and that this may well have been a simple mistake by someone who was also nervous to do the job.

But none of that changes what happened after she got vaccinated.

‘What if I left my two girls without a mother?’

She expected to only wait around for 15 minutes before going home, she says. Instead, Tilli began to feel light-headed. Then, a scratch in her throat.

She dismissed it as nervousness, she says, but the symptoms didn’t go away. Tilli says she approached a paramedic about what she was feeling.

Tilli says the paramedic checked her vitals and noticed her heart rate was high.

She received a Benadryl shot and it seemed to work for a few minutes. But the symptoms returned and worsened, she says.

“The supervisor from the paramedics was there and he just said ‘OK, let’s give her the EpiPen,’” Tilli said.

“Within a minute, I just said, ‘Something doesn’t feel right in my body,’ and I remember just passing out and leaning over to the right.”

Dave Thompson, superintendent of the local paramedic service, confirmed to CBC News that Tilli was taken to hospital in stable condition.

Tilli says when she woke up, she was told she suffered seizures and needed CPR for a brief period.

She doesn’t remember much during the reaction, but says one moment sticks out — accepting the fact that she could die.

“There was a moment where, I don’t want to say I gave up, but I was just like ‘It is what it is.’ … [Days later] when I was in bed the other night, I was thinking, ‘What if I left my two girls without a mother?’” Tilli said.