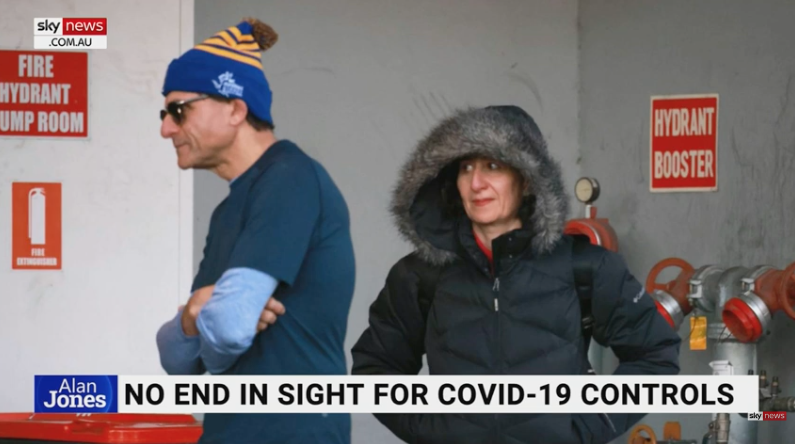 Sky News host Alan Jones says half of the nation is “tragically” locked up in their own homes “terrified” because of the alarmism of “moronic officialdom” who have got no other way of dealing with COVID.

“Governments around Australia can boast one triumph – their scare mongering has worked,” Mr Jones said.

“Britain runs up more than 590,000 positive tests in three weeks and they open up – we clock up a thousand and shut down half the Nation and bury all of Australia in panic and fear.

“All in the name of health and wellbeing without ever conceding the damage done, by lockdowns, to personal health.

“Tragically, Australians cop it because fear has won over truth. People think they are at risk of death, even though over 99 per cent of the cases are mild.

“Get these politicians out of our lives and let us get on with ours via personal responsibility.”