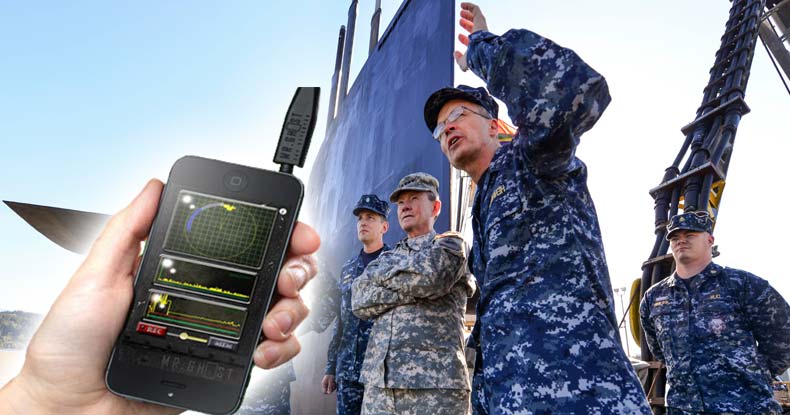 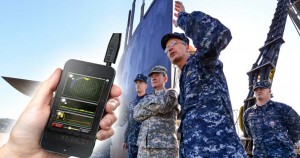 That being said, electromagnetic warfare testing and training has been covertly conducted by the U.S. Navy on public roads in Washington State — for over five years.

An exclusive report from Truthout divulged the secretive EMF testing, discovered through a number of Freedom of Information Act requests coupled with contradictory and fumbling public statements by the Navy and Forest Service.

“An email thread between the Navy and US Forest Service between 2010 and 2012, recently obtained via [FOIA] request filed by Oregon-based author and activist Carol Van Strum in November 2014, revealed that the Navy has likely been driving mobile electromagnetic warfare emitters and conducting electromagnetic warfare training in the Olympic National Forest and on public roads on Washington’s Olympic Peninsula since 2010,” reported Truthout’s Dahr Jamail.

Alarmingly, without public notification or even cautionary boundary warnings in place to prevent accidental exposure, the Navy’s EMF testing has taken place in public areas and popular tourist destinations for five years. This vastly contradicts its proposed electromagnetic warfare training plans, ostensibly set to begin this year, which have stirred enormous controversy.

Besides those harmful effects on humans, there are potentially “large-scale negative impacts” on avian, aquatic, reptilian, and other biota in the environmentally sensitive area which includes Hoh Rainforest.

“Effects on small mammals, birds, reptiles, and amphibians were completely ignored, despite the fact that all 15 Olympic National Forest and state-owned sites selected by the Navy for the mobile emitters are in critical habitat for endangered species,” explained former U.S. Fish and Wildlife Service official, Karen Sullivan, who worked in the Division of Endangered Species and External Affairs for over 15 years. “They even said that amphibians were unlikely to be found at the sites they’d chosen, and the Forest Service did not dispute this. Do they not realize it’s a rainforest?”

According to the report, the Navy secretively conducted its own environmental assessment of the impact of its “proposed” testing in the area. Without alerting anyone the assessment had supposedly been carried out, the period allotted for public comment went completely unnoticed — even area elected officials, residents, and Native American tribes remained in the dark, by design.

Though the Navy maintains the public isn’t at risk during this training, Navy contractor Gerald (Jerry) Sodano told Peninsula Daily News it would take just fifteen minutes for electromagnetic radiation from one emitter truck to damage the “liquid tissue of the eye.” Dangers like these are what has caused enormous public contention for the proposed war games. But the fact that the testing has been happening for years without public knowledge puts the Navy and Forest Service potentially in violation of the law.

Public statements by both Navy and Forest Service officials obfuscated facts to the point of deception, especially in light of documentation showing such testing has been taking place since 2010. And as Truthout noted, the “Navy and federal government were plainly denying Washingtonians access to the facts about what was really taking place in their state.”

State government officials had also been left out of the loop concerning the Navy’s electromagnetic warfare tests. Sullivan contacted the Washington State Dept. of Transportation in March 2015, Truthout reported, inquiring about records for any permits issued to, or requested by, the Navy for its use of public roads during testing. According to WSDOT official Joni Higgins, who was shocked to hear about such activity, “no such permit category even existed.”

As Dr. Martin Pall, professor emeritus of Washington State University, who has extensively studied, lectured, and written on the subject of the effects of electromagnetic radiation, told Truthout, the Navy’s claims of safety are “untrue.”

“What the Navy is doing we have no idea because they won’t tell us,” he said. “But from what little they have told us, they are using a lot of pulse fields in wavelengths that are damaging to us, to biological organisms. They give us not one iota of evidence of what biological effects are produced by those fields, and don’t even tell us what fields they are using. You only find empty statements of ‘don’t worry about these things.’”

Truthout has reported extensively on the Navy’s proposed electromagnetic warfare testing and its possible effects — and its controversial plans to forge ahead without concern for possible public harm. These latest revelations that the military branch has already engaged in such war games without public knowledge do nothing to quell the justifiable fear about its intentions.