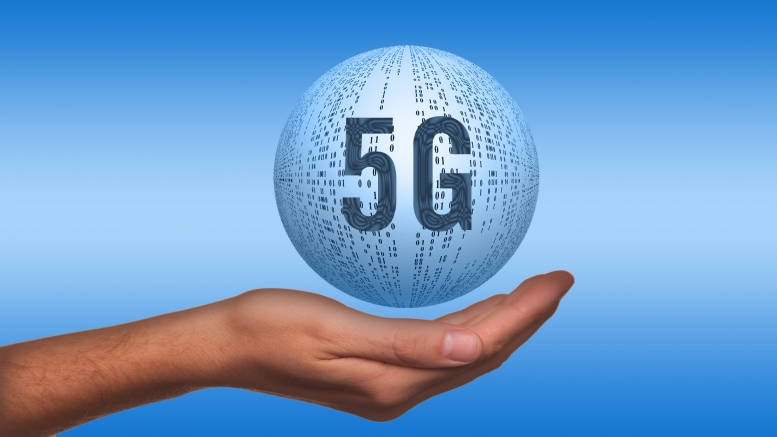 Okay!  Are consumers ready for this one, which ought to be categorized as ‘crazy science gone off the rails and into a ditch’?  5G Wi-Fi everywhere! Including Google’s “Project SkyBender” to beam Internet and Wi-Fi from the sky!  But to that super-saturated microwave game plan, add 5G Wi-Fi transmitters mounted about every 50 or so feet on light or telephone poles, homes, structures, etc. along every street and byway—everywhere.  They’re rolling out that Wi-Fi service soon, I understand from a colleague in Mentor, Ohio.  Is there an unknown cost of $250 per household receiver, I ask.

I can imagine what some readers are thinking: GREAT—better and faster Internet and Wi-Fi reception!

What would you think if I told you that 5G Wi-Fi technology upgrade has NOT been tested for human health safety, let alone its probable impacts upon birds, bees, butterflies, and other forms of Nature’s wildlife.

How about trees, which act as CO2 neutralizers, and part of Planet Earth’s atmospheric and collective ‘lung structure’!  Scorched-burnt leaves, damaged tree bark and trunks with trees eventually dying all over the place.  There’s no place to run, folks; are humans next?

5G impacts human skin and our sweat glands!  Did you know that?  What impacts will that range of Wi-Fi have on high blood pressure, heart electromagnetics, brain waves and central nervous system functions, and even osmotic pressure at cellular level?  We really don’t know what we’re messing with by rolling out 5G Wi-Fi without testing it for human health safety: thermal and non-thermal radiation effects, plus oncogenic.    Where are the U.S. Congress, CDC, FDA, FCC, and the American Medical Association?  I think I know.  In the microwave industry’s back pockets!

Here’s a thought to add to the above:  Is 5G Wi-Fi one of the final ‘finishing touches’ to the eugenics program that’s been ratcheted up ever since the days of Margaret Sanger and Planned Parenthood?  Don’t believe what PP was about, either? See “The Eugenic Value of Birth Control Propaganda” by Margaret Sanger, October 1921!

Devra Davis, PhD, Founding Director of the Board on Environmental Studies and Toxicology of the U.S. National Research Council, National Academy of Sciences, Founding Director of the Center for Environmental Oncology, University of Pittsburgh Cancer Institute, who has taught at the University of California, San Francisco and Berkeley, Dartmouth, Georgetown, Harvard, London School of Hygiene and Tropical Medicine and other major universities, describes in this brief less-than-2 minute video what we are facing in allowing 5G Wi-Fi to be forced upon us by corporate interests, who have sold a bill of false goods regarding unproven microwave ‘science’ to the Federal Communications Commission, members of Congress, state public utilities commissions and legislators.

Such insanity consumers have brought on due to an infatuation craze with ‘smart’ gadgets, which are saturating consumers’ bodies constantly with non-thermal radiation waves that can cause extremely serious health impacts, including electrosmog pollution, electromagnetic hypersensitivity (EHS), idiopathy electromagnetic intolerance (IEI), and even cancers!

Don’t we care what happens to our children, grandchildren or us?

Are those addicting smart gadgets so overwhelmingly controlling us, our thinking and our lives that we can’t stand back and assess the loss of health versus convenience of knowing what a friend is doing every second of the day?
Gigahertz frequency is the microwave range at which a microwave oven operates, 2.4 GHz.  Now, imagine over double that potency being aimed down at you all the time from poles outside your home.  Would you leave your microwave door open while it was operating?  Well, what’s the difference when 5G Wi-Fi will be beamed at you all the time: in school, the workplace, at home, on your street, in airplanes, on trains, in cafés.  Fried brains, anyone?  Don’t laugh!  We don’t know what 5G Wi-Fi range will do to human skin, and they don’t want to find out either; just install it as is.

If you think I don’t know what I’m talking about regarding radiofrequencies, there are devices to alert you to, detect and identify EMF exposures.  Below are just a few resources I’ve searched out on the Internet, but do your own research, as you and your family,especially children, are absorbing and being compromised by all the smart gadgets radiation waves.

AMI Smart Meters on your electric, natural gas and water utilities are very problematic, and don’t let anyone tell you differently.  Get a device and take readings for yourself, is my suggestion.

We are grateful to the Washington Post, the New York Times, Time Magazine and other great publications whose directors have attended our meetings and respected their promises of discretion for almost forty years.

It would have been impossible for us to develop our plan for the world if we had been subjected to the lights of publicity during those years. But, the world is more sophisticated and prepared to march towards a world government. The supranational sovereignty of an intellectual elite and world bankers is surely preferable to the national autodetermination practiced in past centuries.

The Same Frequencies Used for Pain-Inflicting Crowd Control Weapons Form the Foundation of the Network that Will Tie Together More Than 50 Billion Devices As Part of the Internet of Things
http://www.washingtonsblog.com/2017/03/internet-things-cause-cancer.html