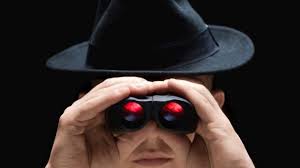 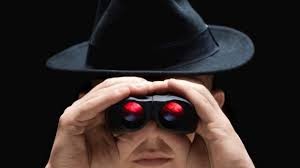 The names of 57 agencies that are seeking to gain access to telecommunications metadata stored on Australian residents without a warrant have been released under a Freedom of Information (FOI) request.

The names of four agencies have been redacted, with the Attorney-General’s Department (AGD) previously saying that disclosing the names of these agencies would be contrary to the public interest.

The FOI request originally asked for correspondence from organisations seeking to gain access to stored telecommunications metadata. The department denied this request on practical grounds, stating that 2,661 pages spread across 288 documents were related to such a request, and that 45 third parties needed to be consulted before the information could be released.

Eventually, the request was narrowed down to merely a list of agencies looking to be declared as an enforcement agency as defined under the Telecommunications (Interception and Access) Act.

“Agencies objected to disclosure on the basis that it would compromise the trust they place in the Commonwealth,” AGD said last week. “During consultation, these four agencies clearly indicated that disclosure of this information would damage the relationship between the department and the relevant agencies, and could affect any future cooperation with the department.”

Also contained within the FOI documents was a list of agencies that previously had access to telecommunications data. The list was sorted alphabetically along with redactions in place.

Of those listed, it appears that South Australia’s Consumer and Business Services is the only agency to not reapply for access.

Of the agencies and departments given access to existing information or documents to enforce a criminal law over the 12-month period, and not included on either list released by AGD, or known to be an enforcement agency already, are: the Australian Fisheries Management Authority; the Department of the Environment; SA Consumer and Business Services; Corrective Services NSW; the WA Department of Environmental Regulation; Corrections Victoria; RSPCA Queensland; RSPCA Tasmania; The Hills Shire Council; the Vic Transport Accident Commission; and Workcover NSW.

A similar request was made by privacy advocate Geordie Guy, for which the department requested a fee of AU$424 to complete the request — a fee that Guy was able to raise through crowdfunding.

On appeal from ZDNet on its separate request, the department reduced the charges by 75 percent and said the release of such documents was in the public interest as it would provide background on how the metadata legislation is operating.

Leave a Reply to Tricked by the light Cancel reply