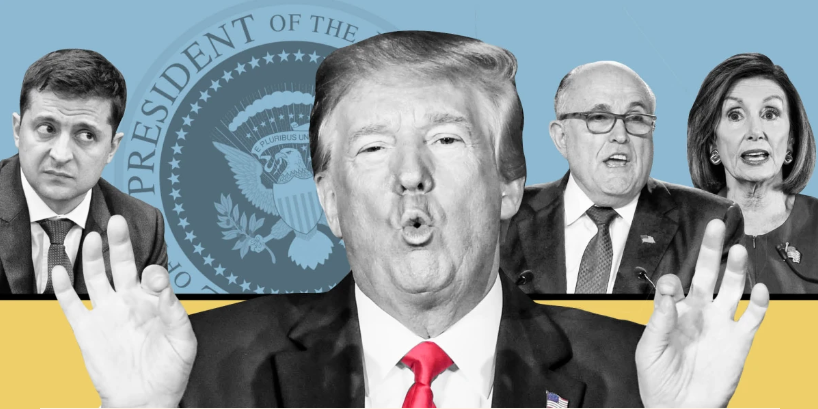 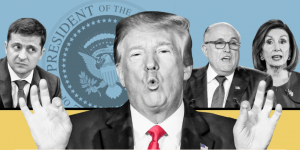 Banks, Mossad, CIA, MI6, GCHQ, Obama, Clintons, Jeffery Epstein, Prince Andrew, ASIS, Alexander Downer and the Australian Broadcasting Corporation ad infinitum enmeshed in the dark world of kiddie traffickers. These grubs are terrified Trump will finish draining the swamp if he gets another term in office.

Mark Anthony Taylor joins Sean from the SGT Report for an eye-opening report that may be the most important in the history of Sean’s channel. We learn the relationships between the ongoing coup against Trump, international intelligence agencies, Jeffrey Epstein’s blackmail ring, the Clinton Foundation, how all of the major bank CEOs are controlled and how this affects what projects do and don’t get financed and basically, how the whole world is controlled. It is head-spinning and amazing to see it all more clearly than ever. 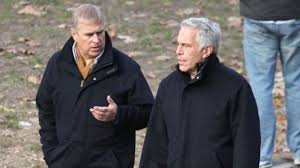 The Deep State of child traffickers is terrified Trump will get another term, hence the unprecedented campaign of false testimony, lies and impeachment by the corrupt Democrats trying to take him down in any way they can. The US Marines have been placed on standby in the event of any attempted coup on US soil. Prince Andrew chats to Jeffery Epstein(above) whom investigators believe to be alive and well.

Taylor has long been litigating against JPMorgan, Deutsche Bank and others for manipulating the bullion markets. In the process, he’s made some unexpected discoveries, including a secret document that he received from the Government Communications Headquarters (GCHQ), which is the UK’s equivalent of the NSA.

The letter, which is on GCHQ letterhead dated November 17, 2016 was emailed to him by his friend, Caroline Stevens, who was the manager for the Vote Leave campaign while Boris Johnson was Secretary of State for Foreign and Commonwealth Affairs. This letter was not just secret, it was classified as Top Secret STRAP3 SIGINT UK EYES ONLY, which Taylor says, “is the highest you can secure a document in the UK.”

“As I will show later on, British Intelligence, the British government is basically split in two; between the people exposing the pedophiles – and the pedophiles.”

The GCHQ letter reads as follows:

Taylor notes, “This letter is sent from Hannigan to Johnson to petition to have Trump spied on at the behest of Obama and [then-US National Security Advisor Susan] Rice and the evidence is just this general reference to the Trump campaign.

“So, this is clear political bias. So that the man who wrote this, Robert Hannigan from his writing appears to be acting from instincts and what he wants to do is not start this FULSOME operation but extend it for 90 days. Now, within two months of this letter being sent, Robert Hannigan quits his job as the head of GCHQ. This letter was leaked. It’s possible that the leaking led to Robert Hannigan’s resignation.

“Robert Hannigan told Johnson that he was quitting his post because of family problems. The National Crime Agency, [who] I presume, was sick and tired of the security services disclosed that Hannigan had sent a letter of recommendation in the trial of father Edmund Higgins, who was distributing James Alefantis-style baby pornography…

“We know that GCHQ spies on the US and then gives the information to the CIA and that is to circumvent the laws in the US prohibiting spying on domestic soil. But if Hannigan is in charge of GCHQ and he’s allowing these baby pornographers to get away with it, in an active role, then he would be the man to filter out incriminating data from the Podesta and Ping Pong scandals before it hit the CIA databases.

“So, people like Hannigan are instrumental in covering up Pizzagate and as you say, he has associates from this 77th Brigade, who are who were running Wikipedia, who call Comet Ping Pong a ‘Right-wing debunked conspiracy theory.’”

Taylor also found that the same Wikipedia contributor who has added to the Comet Ping Pong page had also edited a Wikipedia entry on Lula 3D, a video game about child sex trafficking, or as Taylor says, “Simulations for people who want to know what what it would be like to be a child trafficker. And [the same contributor] is editing the Comet Ping Pong and Pizza page.” You can’t make this stuff up.

Taylor cites several serious pedophilia cases in the British government and intelligence agencies and how this has received very little press coverage. He and Sean then exchange examples of corporations leaning on the Mainstream Media to protect their business interests.

The Times recently alleged that Jeffrey Epstein emails were sent to the Parliament’s Treasury Select Committee, which the Committee then proceeded to leak to the Daily Mail. The emails show that Epstein was blackmailing Parliament into putting former JPMorgan honcho, Jes Staley in charge of Barclays Bank, where he is now CEO.

In a related story, it was disclosed that JP Morgan’s CEO of Asset Management, Mary Callahan Erdoes knew that Epstein was depositing illicit money at JPMorgan; her auditors had been warning her about it but Staley had told her to overrule the auditors.

It turns out that Staley has been on Epstein’s island and he visited Epstein when the latter was in jail. Taylor says, “We’ve seen the evidence trail that Jes Staley was groomed by Epstein from the very beginning. He owed everything to Epstein.”

Taylor says that from what he can see in the Daily Mail and from what his contacts have told him, the people leaking all of the exclusive articles on Prince Andrew are from MI5. He says, “My sources tell me that MI5 absolutely detest Prince Andrew. He was hated from his time in the Army…this blackmail ring was clearly set up by Epstein who, himself was probably a protégé of various Mossad agents, including Ghislaine Maxwell.”

After Ghislaine’s father, Robert Maxwell stole hundreds of millions of dollars from his employees’ pension funds, the UK set up three reporting councils to investigate the backgrounds of major business leaders before they’re approved in their positions. Taylor says, “All all three of these agencies know of the disclosures against Staley. They know that Staley is a rotten apple in charge of Barclays but the question is, if Epstein’s dead and his blackmail ring died with him, why is it he’s still CEO of Barclays? And I believe the answer is that the blackmail ring is still in operation, so MI5 are leaking this information, trying to destroy this blackmail ring.”

Taylor surmises this based on the recent interviews with John Mark Dougan, a former Palm Beach County cop who has claimed asylum in Russia. Dougan claims that it was MI5 who leaked the story that both he and the FBI have the Prince Andrew blackmail material.

Taylor says, “That suggests to me that MI5’s role wasn’t to facilitate the blackmail but to disarm it. So the question is, who is the intelligence operation keeping Staley in power? And I believe it to be Mossad. Robert Maxwell was a well-known Mossad operator and so you can guess his daughter would be that way inclined. And all of the people around Staley seemed to be – and

Epstein seemed to be – hardcore Zionists…

“So, my impression is that if all of the directors of Barclays have been handpicked by Mossad…and they’ve got this blackmail ring, then why stop there? I believe that almost every executive of every bank has been picked out by Mossad.

“Once all of the banking executives are essentially Mossad puppets, then that means anything the banks finance, which is insurance companies and film projects, pension schemes, anything sponsored by a big business is basically under Mossad’s thumb.

PEDOPHILIA BLACKMAIL TOOK THE UK INTO THE EU

“So, the way I see it,” Taylor says, “it isn’t quite the British stealing everything from the Americans. I think the British are being blackmailed. I mean, here in Britain we have these private schools and they’re infamous for the homosexuality and the pedophilia. So, I think we have a serious pedophile problem at the top of society.

“People like Ted Heath were blackmailed to take us into the EU. [Edward Heath was named by his own offspring as being involved in the deaths of as many as 16 children] and Lord Peter Mandelson [who has been pictured with Jeffrey Epstein and is friends with Prince Andrew], who was the EU Commissioner, who went from near bankruptcy, then after ten years as EU commissioner had £100 million in the bank.

“And in the RAINS list, Joan Coleman’s [Ritual Abuse Information Network & Support] RAINS list, Peter Mandelson is alleged to have killed a rent boy called Kevin, chopped him into pieces and dumped the pieces into the sea. And the RAINS list also named…Ted Heath years before the mainstream media got hold onto it, so I have a great belief in that.”

“I’m starting to believe that there may not be a single individual,” Taylor says, “there might not even be oligarchs behind this. The way it all functions is that people like Robert Hannigan, they operate on instinct and if you were to communicate to them, it’s not as if you’re communicating to an individual but a kind of collective/Gestalt, Satanic Evil, so that it has one mind with many tentacles.

“You have bank manipulation tentacles, you have the pedophile tentacles, the blackmail tentacles but we’re looking at one beast with many tentacles, almost in human form. It is an incarnation of Evil – and these people would have you believe there’s no such thing as Good or Evil.”

Indeed, the darkness being revealed in these times is causing a spiritual awakening in many. If such powerful Evil exists in this world, then surely, there is a powerful force of Good.