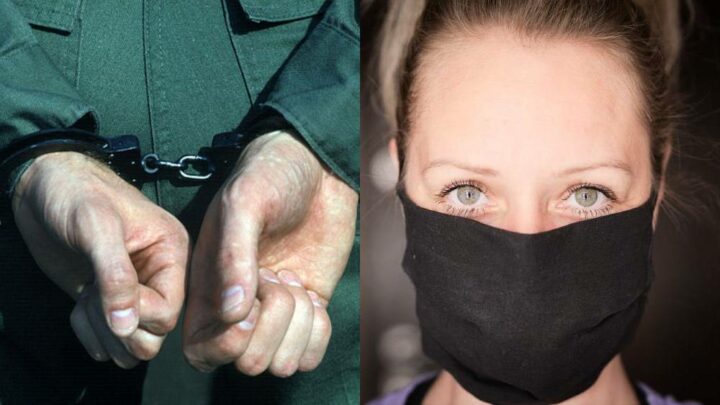 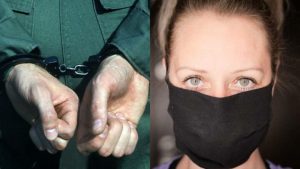 The pandemic era has changed the legal landscape within the state of NSW. The most obvious and abrupt aspect to this are the extra restrictions and offences that have been issued during the course of the COVID-19 outbreaks, as well as the policing of them.

Section 7 of the Public Health Act 2010 (NSW) permits the NSW health minister to issue orders when they consider there is a “risk to public health”. And these can involve measures to reduce the risk, segregate or isolate inhabitants, as well as restrict access to certain areas.

This has resulted in a plethora of public health orders having been issued since March last year. One of the more recent additions is the Public Health (COVID-19 Additional Restrictions for Delta Outbreak) Order 2021, which has raised eyebrows due to some of the new laws it’s created.

Concerns have arisen around certain stipulations, such as clause 17(5A) that requires people in Greater Sydney to carry a face mask on them at all times, while clause 24D effectively requires all residents to carry identification to show proof of their address.

The most common penalty for a breach of COVID restrictions is a fine. However, the maximum penalties that pertain include 6 months imprisonment. And questions are being raised as to what sort of a breaches could result in arrest, especially when it comes to the mask mandate

A measure of last resort

The NSW police powers relating to arrest are set out in part 8 of the Law Enforcement (Powers and Responsibilities) Act 2002 (NSW). This is a piece of legislation that consolidates most state police powers under the one act, which is commonly referred to as the LEPRA.

During his 2002 second reading speech on the LEPRA, then NSW attorney general Bob Debus set out that part 8 sought to combine the arrest provisions that were previously contained in the Crimes Act 1900 (NSW), with the common law principles that relate to taking people into custody.

Debus stressed that the original draft of section 99 of the LEPRA served to clarify that an officer should only use arrest as “a last resort” in order to achieve certain purposes, such as preventing the continuance of an offence.

“Arrest is a measure of last resort,” the AG underscored in parliament. And there are numerous statements in common law to this effect.

In 2002’s DPP versus Carr, NSW Supreme Court Justice Rex Smart said the court has repeatedly emphasised that there’s no need for arrest a suspect when their details are known, and there is no reason to believe a court summons is ineffective.

Section 99 of the LEPRA  sets out the powers to arrest without a warrant. These are the powers officers exercise most often when taking people into custody in circumstances on the street.

However, the “arrest as a measure of last resort” provision that was initially contained in this section has since been eroded.

Washing away the last resort

Original section 99(3) outlined that an officer must not arrest an individual unless they reasonably suspected it was necessary to ensure they appear in court, to prevent continued offending or reoffending, to stop the loss of evidence, to protect against harassment of a witness, to prevent fabrication of evidence, or to ensure the safety of the individual involved.

These provisions were seen to embody the last resort principle. However, the Law Enforcement (Powers and Responsibilities) Amendment (Arrest without Warrant) Bill 2013 amended section 99 in order to make it easier for officers to arrest citizens without a warrant.

These days, reasons to arrest include to stop repeat offending, to prevent fleeing from an officer or a crime scene, enabling inquiries to establish a person’s identity, ensuring a suspect appears before court, to obtain property connected to an offence, to preserve evidence or prevent fabrication of it, to stop the harassment of a witness, to protect any person, or it can be applied due to the “nature and seriousness of the offence”.

Then NSW premier Barry O’Farrell introduced the amendment into parliament. In his second reading speech, he set out that in their earlier form, the arrest without a warrant protocols were too complex for officers to deal with and were resulting in offenders escaping conviction.

O’Farrell explained that the amendments clarified that officers could arrest a person for any offence, rather than simply for serious indictable offences.

And as further justification for the changes, the premier cited the findings of a BOCSAR report which stated that “the biggest deterrent to criminals is the risk of arrest”.

A question of necessity

However, despite the broadening of the reasons that permit a NSW police officer to proceed with an arrest, the section 99(1)(b) provisions can still prove effective in challenging the lawfulness of an arrest.

NSW resident Brad Robinson turned up at the Sydney City police station on 22 December 2013, after becoming aware that officers wanted to speak with him in relation to an alleged breach of an apprehended violence order, as he’d sent an email to his former partner’s staff.

On Robinson’s voluntary arrival at the station, a constable arrested him, despite his having admitted later at trial that “he did not believe at the time of arrest that he had enough evidence to charge” the man and nor did he know what he was going to charge him with.

Robinson sought to sue the state of NSW for wrongful arrest and false imprisonment. A NSW District Court judge rejected the claim. However, the NSW Court of Appeal overturned that finding, as it found that on arrest, an officer must have formed an intention to charge a person with an offence.

The matter went before the High Court in 2019, where the majority found that while section 99(1)(b) of the LEPRA provides that an officer can arrest someone “to ensure that the person appears before a court in relation to the offence”, in this case, there was no offence to go before a magistrate with.

And the majority upheld the finding of the court of appeal.

Indeed, while the principle of arrest being a measure of last resort still stands at common law, it’s recognition in NSW statutory law has long been watered down to the point that arrest appears to be a necessity under a broad range of circumstances.

So, in terms of the example of a person not wearing a mask in the areas that the public health order requires them to do so, the first penalty may well be a $500 fine, but failure to comply with the order from that point on could very well result in arrest.