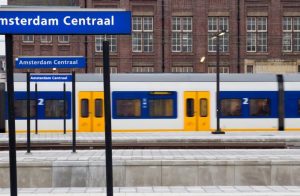 An Afghan migrant suspected of stabbing two US tourists last year in Amsterdam told a court that he had traveled to the Netherlands ‘to protect the Prophet Mohammed’. Despite the man’s claims, the reason for the attack remains unknown.

As a result of the senseless stabbing, two men were left wounded while one of the men ended up in a wheelchair due to the injuries that he sustained, the Daily Mail reports.

Jawed Santani, a 20-year old Afghan ‘asylum seeker’, recently appeared at a court hearing in Dutch capital where he faced charges of attempted murder with the aim of committing an act of terror.

While in court, Santani told judges, “I came to the Netherlands to protect my prophet,” while adding that he wanted to “kill unfair and cruel people”, who “make it possible for the prophet to be insulted.”

“I wanted to defend my religion and make it clear that my religion should be left alone. If you don’t do that, you should be prepared for these kinds of actions,” he said.

After being asked what he planned to achieve with the stabbings, he told the court, “’I wanted to defend my religion and make it clear that my religion should be left alone.

As a result of the brutal and senseless stabbing, which occurred on August 31st, 2018, one of the victims had his spinal cord badly damaged and is now restricted to a wheelchair.

“Due to nerve damage this man still has very little as well as and tingling feeling in his arm,” the ANP reported.

After carrying out the attack, the Afghan migrant was shot by police officers who were responding to the incident. Santini was then taken into custody.

Stabbing attacks are on the rise across Europe. Just last weekend, a 19-year-old man was killed while nine others were injured after a military-aged Afghan migrant wielding a skewer and a knife went on a stabbing rampage in the Lyon, France.

In the German federal state of North Rhine-Westphalia, the state’s Interior Ministry just released data whixh revealed that during the first half of 2019, nearly 40 percent of all knife attacks that occurred were carried out by migrants.