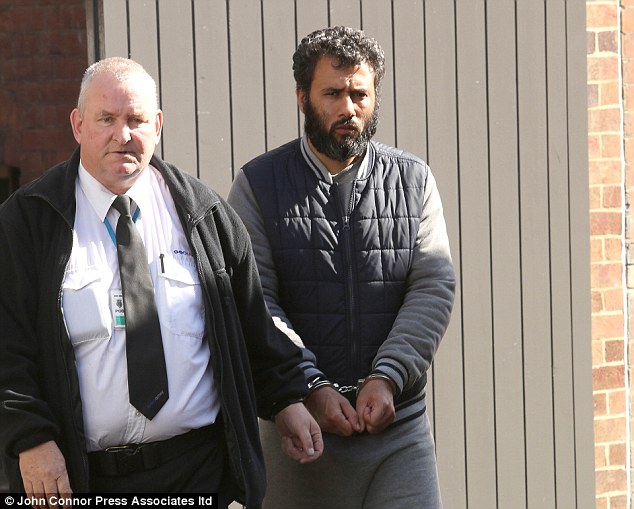 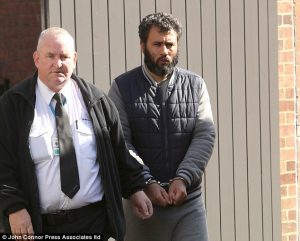 This is an appalling example of the kind of people who are getting into the country undetected.

A convicted murderer from Holland was able to walk through Britain’s porous borders without any checks and went on to attack two police officers with a claw-hammer.

Afghan-born Jamshid Piruz was allowed to enter the UK unchallenged despite being sentenced to 12 years in jail for slaughtering his female tenant in cold-blood after watching a Taliban beheading video.

Fury erupted after it emerged that the jobless 34-year-old was the latest in a string of foreign criminals to commit horrific offences in Britain after exploiting EU free movement rules.

MPs condemned the shocking lack of checks on offenders from the EU which left gaping holes in UK border controls.

European countries have no obligation to alert the UK about convictions of murderers or sex offenders, meaning many are able to travel to the UK unhindered.

Outraged critics blasted the embattled Home Office for allowing the scandal, by failing to ensure the authorities were notified about EU convicts before they set foot on our shores.

Politicians have called for Home Secretary Amber Rudd to introduce a tougher US-style warning system to flag up whether any traveller has a conviction as they attempt to enter Britain.

Failure to control the country’s borders – and the number of serious criminals arriving here – was a major reason why millions of people voted for Britain to leave the Brussels bloc last June.

Piruz, who was a permanent Dutch resident, will be sentenced on Friday after pleading guilty to an appalling hammer attack on PC Jessica Chick and PC Stewart Young, of Sussex Police, on January 7 last year.

PC Young was taken to hospital with head injuries but later recovered.

The officers were later praised in Parliament by ministers for their bravery.

Piruz had been in the UK a matter of days when he launched the frenzied assault on the officers as they investigated a burglary in Crawley, West Sussex.

Days earlier he had assaulted a member of staff at Gatwick Airport – but was released onto the streets by local magistrates.

Piruz got into Britain despite being a convicted murderer in Holland. In June 2006, he murdered his Chinese female tenant by cutting off her head at a house in Almere, a city close to Amsterdam.

Court documents in Holland said he was ‘inspired by Taliban movies in which beheadings were seen’.

It is staggering that someone could assault staff at Gatwick and then a couple of days later attack two police officers.

The files said he locked his victim in her room, snatched her mobile phone, then cut her throat.

They said he acted ‘intentionally and with premeditation’.

Rejecting his plea of insanity, Dutch judges concluded: ‘The killing of the victim was not the result of an instantaneous violent emotion, but a decision to do so.’

Piruz was convicted of murder in August 2007 and sentenced to 12 years’ behind bars.

He was released in 2014, after serving seven years. As a permanent Dutch resident, the killer was allowed to travel freely across the EU.

Last night WED Tory MP Henry Smith, who represents Crawley, said: ‘The country has got to have tougher border controls. Clearly, being a member of the EU did not protect us on this occasion.

‘A very dangerous individual was allowed to travel here without us having prior knowledge that he’d committed murder in the Netherlands.

‘It is staggering that someone could assault staff at Gatwick and then a couple of days later attack two police officers.

‘Why was the information that he was a violent offender not available to us from our EU partners?

‘Why was the information that he was a violent offender not available to us from our EU partners?

‘This is an appalling example of the kind of people who are getting into the country undetected.’

Piruz pleaded guilty at Hove to two counts of attempting to cause grievous bodily harm with intent, burglary and affray.

Two counts of attempted burglary and one of threatening with an offensive weapon will lie on file.

Simon Blackford, defending, said there was a ‘long gap’ between the murder and the latest offences.

‘He was very confused by the vehicles driving on a different side of the road than he was used to.’

When EU nationals arrive at the border, their passport details are checked against a ‘watchlist’ of suspected terrorists and foreign criminals compiled by the border agency.

But unless an offender is high profile, is known to have committed crimes in several countries, or is on the Interpol wanted list, the system is unlikely to be aware of their previous convictions – leaving a gaping hole in our border controls.

Except in the most extreme circumstances, Brussels does not force member states to share information on known criminals who might be planning to travel.

France, Germany, Italy, Spain and Poland flag up potential dangermen to the UK so they can be put on a watchlist and turned away at the port or airport.

But if countries do not warn the UK that a dangerous offender is on the way – and some do not even keep information of convictions for their own internal use – there is little we can do to stop them slipping through the net.

Even if a new arrival does have a known conviction, they cannot automatically be picked up and refused entry.

Normally, a person can be excluded from the UK only if they pose ‘a genuine, present and sufficiently serious threat’ to society and the public.

This is an appalling example of the kind of people who are getting into the country undetected.

This means that it is not enough for an EU citizen to have a serious criminal conviction – if it is some time in the past, the UK may fall foul of Brussels directives if they refuse to allow that person into the country.

In a bid to tighten up Britain’s borders, the Government has finally negotiated access to the Second Generation Schengen Information System, known as ‘SIS II’, which has details of 250,000 wanted or missing people.

But the system, used by 28 countries, will only issue alerts about the most dangerous on-the-run criminals as well as suspected jihadists returning from Syria and Iraq, missing people and stolen goods.

It will not collate information on the convictions of EU citizens – so someone with a history of offending would not be flagged up to passport control.