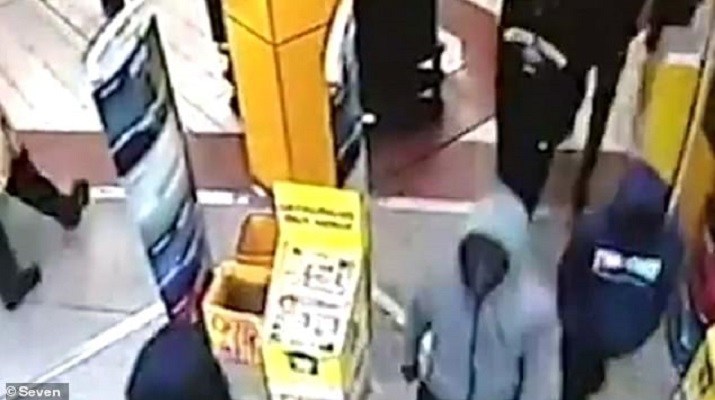 The city of Sydney has found itself in the midst of its own African youth gang crime wave. This crime crisis had been viewed as unique to the city of Melbourne and had been blamed on soft law and order in the state from the government and judiciary.

The Sydney public has become alarmed over a number of what have been called ‘grab and run’ robberies in electrical stores throughout the city. What has been occurring is gangs of youths of African appearance have been simply storming into these stores with their numbers so intimidating that they are simply able to walk out of the shop in broad daylight with thousands of dollars in electrical goods.

New South Wales Police have confirmed there have been at least six of these ‘grab and run’ robberies since March. The latest involved a theft of $15,000 worth of electronics at a store in Taren Point with four youths of African appearance taken into custody.

Elsewhere there was an arrest of a 24-year-old man for allegedly stealing a speaker from an electronic store in Hornsby, on Sydney’s North Shore.  Police are searching for another five men in relation to other thefts described of being of ‘African appearance’.

In a demonstration they don’t want to repeat the mistakes of their Victorian counterparts New South Wales Police have launched Strikeforce Arpen to investigate the recent spate of robberies.

NSW Police are also being blunt about who the persons of interest are with Detective Chief Inspector Baker telling the media “In these incidences, there were young males described as African appearance, up to the eight of them in total, that ran into the stores grabbed the devices, distracted staff, intimidated customers and staff and ran from the store with the devices”.

NSW Police Commissioner Mick Fuller who was on the Alan Jones Breakfast Show on 2GB this morning also wasn’t afraid to call the crime wave for what it was “These Sudanese gangs have been operating since April this year and half of them are bail refused in custody” adding “from my perspective, people shouldn’t be terrorised in public places Alan and we’ll continue to target these Sudanese gangs.”

Based on this rhetoric from senior NSW Police leaders they clearly want to nip this African crime wave in the bud before it intensifies to regular home invasions and car jackings that we have seen in Melbourne.

But given that African crime has spread to another major Australian city (incidents have also occurred in Brisbane and Perth) the problem also requires addressing by the federal government who are responsible for our immigration intake and integration programs.

The new Assistant Minister for Multicultural Affairs in the Morrison Government Jason Wood from Melbourne’s South East and a former police officer himself has previously said about African crime “I feel very sorry for the victim and the young children … if these thugs are foreign-born, they should be deported.”