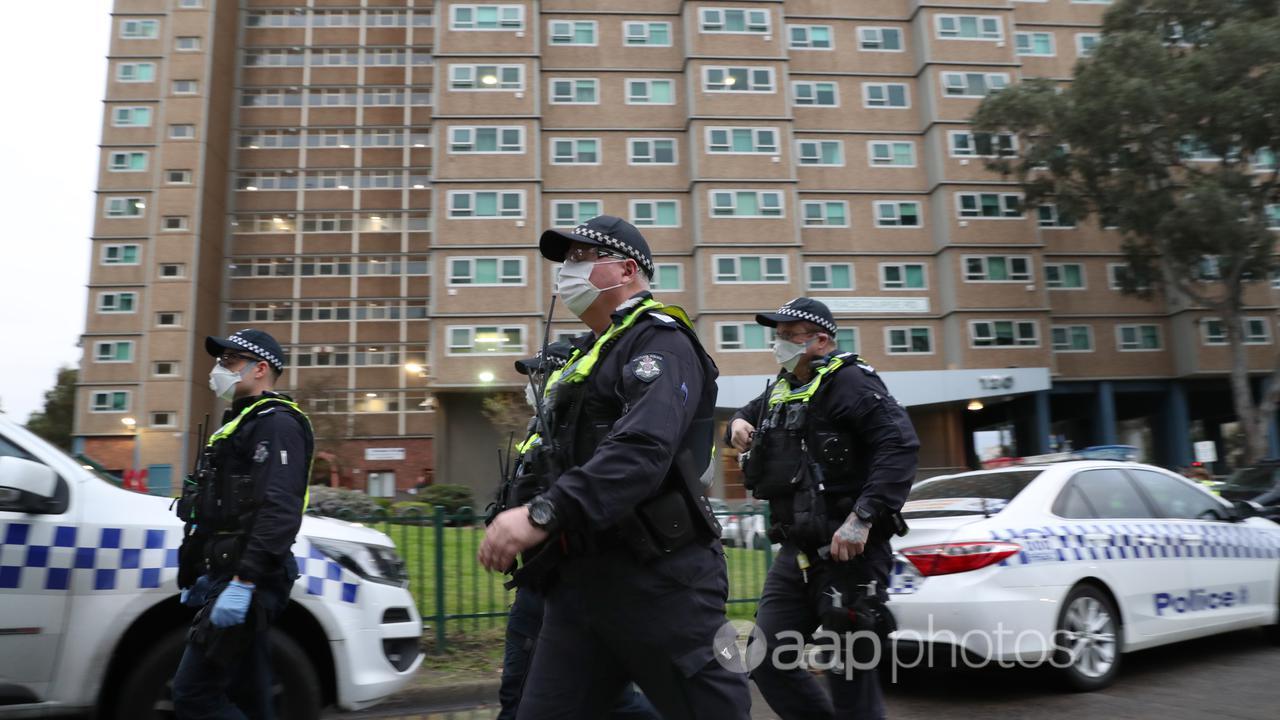 NOTE: I have been racking my brain trying to figure out what’s going on in Melbourne, Victoria. Why the extreme lock downs, over reach of power and why the lock downs of apartment complexes in those specific locations? I am posting this information so the public can take a look at it and see that it really does answer a lot of questions. It also shows how the COVID PSYOP is being used on many different levels now.

This is about a land grab, and money for property developers and HUGE profits from the sale of 825 PRIVATE DWELLINGS!!!

AGENDA EXPOSED: They are planning to decommission these buildings in order to build 825 PRIVATE PROPERTIES. Evidence/links at the end of the text in this post.

Police discussing their POLICE STATE mission to literally lock in thousands of residents in 9 Housing Commission (Government welfare accommodation) towers of the poorest people in the state of Victoria (imprisoned against their human rights, without having committed a crime).

Australia declared 10 suburbs to be locked down. 8 of those suburbs are Labor electorates, 1 is Greens (Labor preference), and 1 is Labor/Liberal (Suburb split into 2 electorates).

These suburbs are all located in the poorest socio-economic areas, and have higher rates of immigrants, and people who have suffered from detention as a refugee.

This is a disgusting violation of human rights, based on the bullshit C-19 agenda and their fake tests and fake statistics.

These are the martial law guinea pigs of Australia. Absolutely bloody shameful!”

Here is the evidence regarding the private properties:

Victoria Police officials are speaking about enforcement activities at Flemington and North Melbourne, as major lockdowns remain in place for several Victorian suburbs.

One thought on “VICTORIA LOCKDOWN AGENDA EXPOSED? They are planning to decommission these buildings in order to build 825 PRIVATE PROPERTIES”