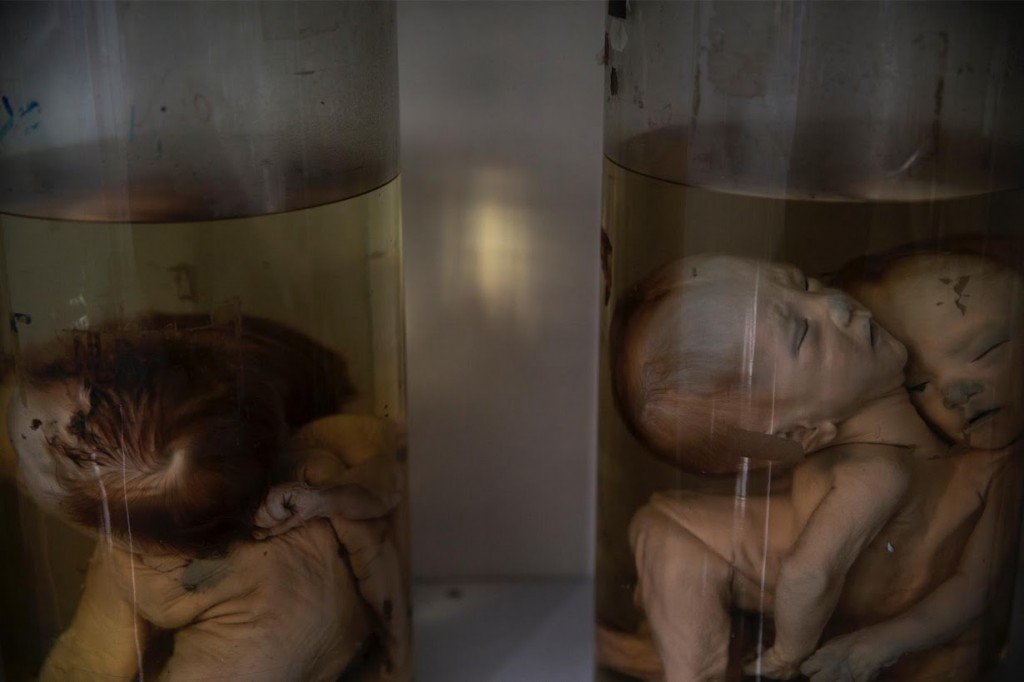 The Vietnam Association of Victims of Agent Orange/Dioxin (VAVA) recently told Reuters that more than 4.8 million people in Vietnam have been exposed to the herbicide and over 3 million of them have been suffering from deadly diseases. Agent Orange was one of many herbicides used by the U.S. military as a weapon during the Vietnam war, and Monsanto was contracted by the government to manufacture it for the Department of Defence. According to Monsanto:

“The use of Agent Orange as a military herbicide in Vietnam continues to be an emotional subject for many people. Asian Affairs Specialist Michael Martin notes, ‘[a]t the time the herbicides were used, there was little consideration within the U.S. military about potential long-term environmental and health effects of the widespread use of Agent Orange in Vietnam.’”(source)

Millions upon millions of gallons of this stuff was dumped over millions of acres of land in Vietnam and other areas, and even today, countless people have been exposed to the herbicide and many of them continue to suffer from deadly diseases. The US government still maintains that the main objective for the spraying was to kill all of the forest cover for North Vietnamese and Viet Cong troops along with any crops that might be used to feed them. They maintain that they had no idea about the long term health consequences.

Again, as a result of the spraying, very serious health issues continue to this day – including tumors, birth defects, rashes, psychological symptoms, and more. These health issues were not only observed by the population in Vietnam but, of course, by U.S. servicemen and their families as well.

“Questions regarding Agent Orange arose in the United States after an increasing number of returning Vietnam veterans and their families began to report a range of afflictions, including rashes and other skin irritations, miscarriages, psychological symptoms, Type-2 diabetes, birth defects in children and cancers such as Hodgkin’s disease, prostate cancer and leukaemia.” (source)

In the late 70’s, a lawsuit was filed by over 2 million veterans who were exposed to Agent Orange during their time overseas, and several giant chemical companies agreed to hand over $200 million in compensation to the veterans and their families.

“In addition to the massive environmental impact of the U.S. defoliation program in Vietnam, that nation has reported that some 400,000 people were killed or maimed as a result of exposure to herbicides like Agent Orange. In addition, Vietnam claims half a million children have been born with serious birth defects, while as many 2 million people are suffering from cancer or other illness caused by Agent Orange.” (s0urce)

As I mentioned, the US government claimed that they had no idea about the potential damages and long term effects Agent Orange would have on the environment and population, although I myself and many others do not believe it (and there is a great deal of information available to justify such a stance). Today we see a similar trend emerging, where pesticides continue to be sprayed on our food and our land, despite clear scientific evidence proving the danger of them.

Today, if you’ve studied pesticides and their usage, you’ll know of the many studies which have emerged in recent years linking them to disease, and you won’t be surprised to hear that products like Monsanto’s Roundup herbicide (the most commonly used herbicide in the world) have been completely banned from multiple countries. The general consensus among scientists seems to be clear. These pesticides have been linked to cancer, autism, birth defects, Alzheimer’s disease, Parkinson’s disease. kidney damage, and much more. Based on all of the information available, it seems probable that pesticides have played a major role in the dramatic increase in disease over the past few decades.

Not long ago, after years of published studies in reputable scientific journals (which also include peer reviewed journals) had already linked pesticide use to cancer and various other diseases, the world’s most credible scientific journals came to the same conclusion, applying the “bradford hill criteria.” You can read more about that in the articles listed below. Despite this fact, Monsanto is still fighting for a retraction, and I will not be surprised if they get it – corporations wield an immense amount of power, dictating government policy and manipulating and withholding critical scientific data at will. And there is plenty of evidence to back up that claim (I believe). (source)

“Children today are sicker than they were a generation ago. From childhood cancers to autism, birth defects and asthma, a wide range of childhood diseases and disorders are on the rise. Our assessment of the latest science leaves little room for doubt; pesticides are one key driver of this sobering trend.” October 2012 report by Pesticide Action Network North America (PANNA) (source)(source)

“In this report, we examine the industry studies and regulatory documents that led to the approval of glyphosate. We show that industry and regulators knew as long ago as the 1980′s and 1990′s that glyphosate causes malformation, but that information was not made public. We demonstrate how EU regulators reasoned their way from clear evidence of glyphosate’s teratogenicity in industry’s own studies to a conclusion that minimized these findings in the EU Commission’s final review report.”

“What’s appalling is that we have known about these dangers for decades yet have done little about it. Nearly 20 years ago, scientists at the National Research Council called for swift action to protect young and growing bodies from pesticides. Yet today, U.S. children continue to be exposed to pesticides that are known to be harmful in places they live, learn and play.” – Pesticide Action Network North America (PANNA) (source)

Here is a short list of many articles we have regarding pesticides, herbicides, and GMOs on our site:

What parents need to know about by Monsanto: “By 2025 half of all children will be autistic.”

Scientists link autism to these toxic chemicals during fetal development.

Another groundbreaking study emerges linking agricultural pesticides to autism – and that’s not all.

Scientists can predict your pesticide exposure based on how much organic produce you eat.

Below you will see pictures courtesy of Reuters.  History is something we should be learning from, not repeating.

Vietnam. Circa 1961-1971. Credit: Admiral Elmo R. Zumwalt, Jr. Collection: Agent Orange Subject Files/The Vietnam Center and Archive/Texas Tech University. The land on the right has been sprayed, the land on the left hasn’t.

A massive stack of 55-gallon drums full of Agent Orange waits to be poured over the people of Vietnam.

Professor Nguyen Thi Ngoc Phuong poses for a photo with the handicapped children under her care. Every one of them was born with a defect caused by Agent Orange.

3 thoughts on “AGENT ORANGE: BONE-CHILLING PHOTOS OF THE WAR CRIME THE US GOVERNMENT GOT AWAY WITH”