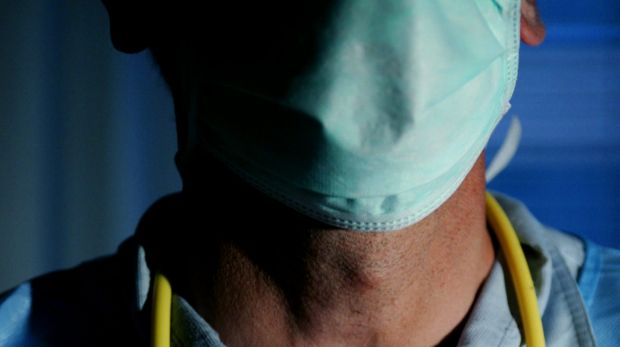 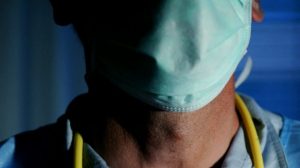 Eleven infants needlessly died at a Victorian hospital and more than 100 men were allegedly sexually abused by a predatory neurologist after complaints against rogue medical practitioners were not acted upon.

The Australian Health Practitioner Regulation Agency (AHPRA) handles complaints and has the power to suspend the registration of doctors.

But in at least two high-profile cases there were serious consequences for scores of people.

Despite AHPRA dealing with 6,620 complaints last year, only 26 practitioners were suspended and just 10 had their registrations cancelled.

AHPRA insists it is making changes, but the families the ABC spoke to say they have not seen any yet.

Eloise one of 11 needless infant deaths

VIDEO: Natasha McMillan and her husband Benjamin on holiday in Europe. (ABC News)

Natasha McMillan’s pregnancy with her first baby, Eloise, was happy and uneventful.

“I went overseas, we had photos taken all over Europe, it was just perfect.”

Ms McMillan went into labour naturally in the early hours of October 13, 2011.

Hours later, after an emergency caesarean at the Bacchus Marsh hospital, Eloise was declared dead.

“I was knocked out for the procedure, but my husband had to watch them deliver my still born baby girl,” she sobbed, recalling the memory.

“When I woke up, there was my husband holding my little girl telling me she didn’t make it.”

For more than four years, the McMillans thought it was a horrible tragedy of nature.

But in February last year, they learned it was negligence.

Baby Eloise was one of eleven infants who died unnecessarily between 2001 and 2014.

AHPRA had notifications about at least three doctors at Bacchus Marsh — but allowed them to keep practicing, two with restrictions imposed.

Two years after news broke of the tragic deaths, AHPRA is still investigating 17 practitioners involved in the case.

The agency has placed interim restrictions on five practitioners while its investigations continue.

Tom Monagle was 19 when he visited Melbourne neurologist Andrew Churchyard for treatment of his Tourette syndrome.

The specialist asked him to strip naked for a full-body examination.

“He ended up grabbing my genitals and sort of prodding them, touching them and feeling them,” he told 7.30.

Tom felt uncomfortable, but he is from a medical family, both his parents are doctors, and he decided to trust the neurologist.

When he visited again months later, that trust was broken. The doctor again asked him to lie naked on the bed.

“He was examining my body, I was in a panic state, I froze up,” Mr Monagle said.

“I looked down towards his trousers and it seemed as though he may have had an erection.

“That was a horrifying, traumatic thing.

“It was at this point I realised this has all just been for his sexual gratification.”

At the time Mr Monagle was assaulted, AHPRA already knew about Churchyard’s behaviour.

They euphemistically call it a “boundary violation” and they had another report of it on file from 2007.

The medical regulator had allowed Churchyard to keep practicing — without restrictions — and kept its finding secret.

Sexual abuse of more than 100 men was preventable

PHOTO: Dr Andrew Churchyard was allowed to keep practicing despite complaints against him. (myVMC.com)

The ABC has learned Churchyard allegedly went on to sexually abuse more than 100 victims in the decade following the 2007 complaint.

Bree Knoester, from Adviceline Injury Lawyers, is representing many of the men.

“They were all men, all aged between about 18 and 50 and all with similar stories,” Ms Knoester said.

“As I was listening, I kept waiting to hear something different, or for someone’s story to sound not quite right, but everyone had a similar experience.”

Mr Monagle reported his sexual assault on April 30, 2015. Three days later, after no response, he phoned to follow up.

But it is the abuse that happened after he reported his assault to AHPRA that has upset Mr Monagle most.

“For me to have made that complaint, in no uncertain terms about what had happened, and then to be put in a position where it can happen again, it was infuriating,” he said.

“There were certainly 10 people who were abused after Tom had gone to AHPRA,” Ms Knoester said.

“If action had been taken I think a large group of patients could have been protected.”

Churchyard took his own life in 2016, after being committed to stand trial in a Melbourne court.

Regulator ‘will learn the lessons’

In the days and weeks after these tragedies became public, AHPRA scrambled to commission independent reports, reviews and start investigations.

Chief executive officer Martin Fletcher said it is in the process of making changes to the way AHPRA operates, but will not concede that it is because of any systemic failings.

“I don’t think we have been dragged kicking and screaming into making changes,” he said.

“I accept that we need to make sure, as a regulator, we look at what we learn to prevent the risk of these things happening again.

“My heart goes out to those people, I understand their trauma and my commitment is that we will learn the lessons.”

AHPRA receives an average of about four sexual misconduct complaints each week; that is 523 since the start of 2015.

Over the same time, it has taken interim “immediate action” to suspend 121 practitioners for a range of issues, not just sexual misconduct.

Mr Fletcher said AHPRA was speeding up its investigations, communicating more with patients and are auditing some cases to check if police had been notified of allegations of sexual abuse.

But he could not guarantee police were always informed.

“I don’t think we do obstruct police … in most cases the police would issue some sort of subpoena or warrant and we would comply,” Mr Fletcher said.

In Mr Monagles’ case, his mother Sharon was told by a detective that AHPRA could not divulge information related to a complaint, and the police were forced to issue a search warrant to access the records.

‘Public not protected under the current system’

PHOTO: Beth Wilson says the complaints we hear about are the ‘tip of the iceberg’. (ABC News)

Former health services commissioner Beth Wilson draws parallels between the alleged abuse under AHPRA’s regulation and what has been uncovered at the Royal Commission into Institutional Responses to Child Sex Abuse.

“Those similarities deal with grooming, breach of trust, secrecy, cover-ups and people being made to feel afraid if they come forward,” Ms Wilson said.

“The public have not been protected under the current system.

“I think the complaints that we hear are the tip of the iceberg, because time and time again one brave person will come forward and make a complaint.”

And it is that idea that keeps Mr Monagle going.

“Rather than seeing myself as a victim or a survivor, I’d rather see myself as an advocate for the changes that really need to occur, to stop this happening to other people,” he said.

3 thoughts on “AHPRA: Medical regulator accused of failing to act on complaints”