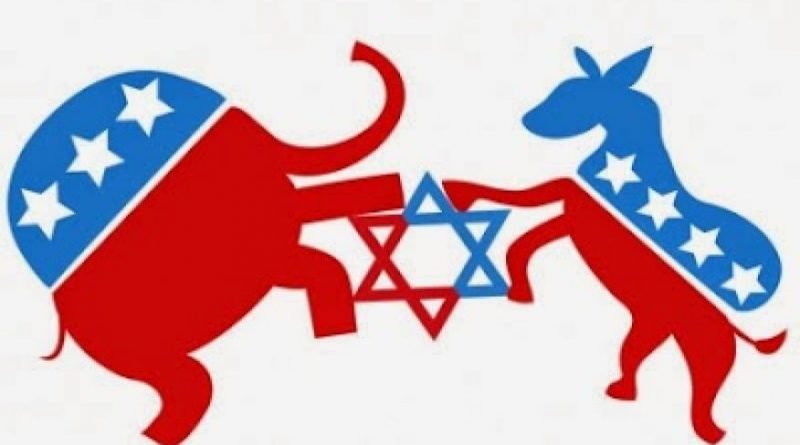 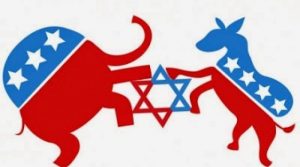 There is a fatuous hope harboured by many Whites that the thoroughly Judaized American political system can be prodded to be slightly less anti-White merely by “voting harder next time.” This belief is often coupled with a pseudo-religious, cult-like veneration of the Constitution; as if a few scraps of paper will do the hard work of defending our racial homeland from mud-world invasion and insidious jewish nation-wrecking. Year after year, we are presented with two kosher options, each which produce the identical practical result and differing only in the bloviations offered as a distraction from any truly important issues. The idea that we can use the existing, irredeemably corrupted political system to change our circumstances is a belief that keeps many White people enervated and ineffectual when it comes to confronting the real cause of our decline: an infestation of jewry that has undermined all our country’s important institutions. Instead of working to change the culture – and at an even more fundamental level the thoughts and beliefs – of our people to recognize and oppose this conniving kosher cabal, many lazily waste their time mindlessly following the “elephant party” or the “donkey party” in ignorance of the fact that they are working in concert for the dispossession of the White race.

It is arguable whether the American political system was, from its inception, intentionally designed to marginalize Whites. I am of a mind that it was not (although one cannot turn a blind eye to the heavy judeo-Masonic influences present since this country’s founding), but it is painfully obvious that the apparatus of American politics has been subverted to serve jewish interests for a very long time. A prime example of this subversion is the odious Fourteenth Amendment to the Constitution, which is the notorious basis for the “birthright citizenship” scam being used to alchemize the offspring of illegal aliens, hostile foreign invaders, and any other piece of bipedal flotsam that crosses our undefended border, into “Americans.” These ersatz Americans, by the brownness of their skin, have more rights than the Whites who are the heirs to the founders of this once-great homeland. If there was ever any question about how irretrievably subverted the American political system is, one need only look to the “conservative” party and its strident advocacy on behalf of the unending inundation of America with sullen, civilizationally incompatible savages from the worst corners of the world.

The conservative beltway publication National Review published a piece in which their legal columnist argues that “constitutional originalism requires” that United States citizenship be given to the children of illegal aliens.”

That bastion of jewish-sanctioned “conservative” thought, the National Review, takes a short break from promoting wars for the aggrandizement of Israel to lecture Americans on how their sacrosanct CONstitution requires that citizenship mean nothing. According to these disingenuous, rabbinical propagandists, it is the height of patriotism to surrender your homeland to genetic aliens who are antithetical to your very existence. A living fossil from the heart of darkness, a malformed Mestizo mongrel from the Aztexican cesspool – they are just as American as you, simply by invading your homeland and having children that are then paid for with your taxes. Whether you were a cuck for Team Red or Team Blue, the result was the same: you wasted your time, enriched a bunch of hostile genetic aliens, and advanced the jewish-orchestrated White genocide. It’s as true for kosher-corrupted politics as it is for African Egg Ball.

Rest assured that none of this birthright citizenship or chain migration is working to bring White immigrants to the decrepit USSA. The jewish poisons of moral relativism and equalitarianism have ravaged a once prosperous White homeland, and transformed it into a sickening and dangerous talmudic race-mixing experiment. There is no such thing as a “proposition nation.” It is an idiotic euphemism, crafted by jewish pimps, for the prostitution of White nations.

Dan McLaughlin writes for the National Review: “But from a legal perspective, the answer should be clear: a proper originalist interpretation of the U.S. Constitution, as presently written, guarantees American citizenship to those born within our borders… Any effort to uproot birthright citizenship, even for the children of illegal aliens, would bring us closer to the European problem of a two-tiered caste of citizens and permanently alienated aliens.”

Pay no attention the very first words of the actual CONstitution, which make it clear that the country was founded to “secure the blessings of liberty to ourselves and our posterity.” Did you think “our posterity” meant the progeny of the White people who settled this country and crafted the founding documents of the American government? Don’t believe your lying eyes! There’s a jewish puppet from the National Review with some of that unbelievable rabbinical double-talk telling us how a homeland for White people, and a government founded by White people, actually exists to serve the interests of any dark-skinned foreign invader who can brazenly procreate in an ostensibly White country. The sophistical shyster from the National Review claims that it’s somehow a “European problem” when aliens are alienated, and citizens are differentiated from non-citizens. When a large number of so-called conservatives believe this kosher mental flatulence, it becomes clear that voting is merely a false choice, ultimately benefiting the depredations of the rootless jews.

It is surely the sign of a healthy nation when the standard for bestowing citizenship is “trespassing while pregnant.” If further evidence is needed for the Judaic corruption of the American political system, one only need look to the lesser-known “public debt” clause of the Fourteenth Amendment (which sounds like something out of the Protocols of the Learned Elders of Zion):

The validity of the public debt of the United States, authorized by law, including debts incurred for payment of pensions and bounties for services in suppressing insurrection or rebellion, shall not be questioned.”

The perversion of the political systems in White homelands has long been a part of the jewish plan to destroy our race. Among the cartoonish politicians who in a saner world would be working in a circus side show, there is not one who represents the vital interests of Whites. They are, in their entirety, handpicked by jews to offer us a choice, which is in fact no choice at all: the surrender of our homeland and the destruction of our race accompanied by either celebration or ignorance. Politics in the Weimerican failed-state has been reduced to nothing more than another obscene jewish “dialectic” carefully crafted to distract us from our dispossession. It is meant to fool the unwary into believing they can make extraordinary changes to save a society that is collapsing under the weight of its own degeneracy, with no effort other than emphatically punching a ballot or displaying a trite slogan on a yard sign or baseball hat. It subverts the political debate over important issues such as White genocide and the jewish hand in wrecking White nations, in favor of meaningless distractions. The existential dangers are ignored, in favor of momentary trivialities – all the while allowing the jewish-orchestrated White genocide to proceed unopposed. We must awaken our people to the dangers posed by the fact that our political system is controlled by our implacable racial enemies, and such control has been a part of their plan to eradicate our race for generations.

[A] constitution, as you well know, is nothing else but a school of discords, misunderstandings, quarrels, disagreements, fruitless party agitations, party whims – in a word, a school of everything that serves to destroy the personality of State activity… then it was that we replaced the ruler by a caricature of a government – by a president, taken from the mob, from the midst of our puppet creatures, our slaves.  This was the foundation of the mine which we have laid under the goy people, I should say under the goy peoples.” – Protocol No. 10.

4 thoughts on “American Politics: A jewish Win With Every Vote”