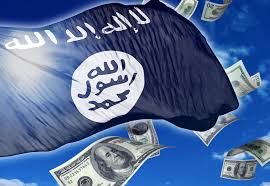 The Pentagon has spent nearly $4 billion fighting Islamic State across Syria and Iraq since operations began a year ago, according to statistics released this week. The average daily cost of the campaign is $9.9 million, or $6,785 a minute.

A colossal $3.7 billion in expenses have been racked up since the campaign began on August 8, 2014 up to August 15 of this year.

Since Operation Inherent Resolve began, the US and its coalition allies say they have conducted a total of over 6,000 airstrikes in the region. Of those strikes, nearly 4,000 have been made in Iraq and nearly 2,500 in Syria.

Pentagon statistics claim those strikes have damaged or destroyed more than 10,000 targets, including tanks, Humvees, staging areas, and oil infrastructure. If the total cost of the campaign to date is calculated based on actual damage, those strikes cost an estimated $400,000 per successful hit.

Pentagon officials maintain that the year-long campaign has had some success, enabling Iraqi forces to reclaim some areas, but strategic cities like Mosul and Ramadi remain under IS control, and the airstrikes have done little to uproot the terror group’s hold in Syria.

In a press briefing at the end of July, Marine Corps Brigadier General Kevin J. Killea, chief of staff for Operation Inherent Resolve, said the campaign has made progress.

“This is not the same fight as it was when it started, and I look at that based on the effects that we have had on ISIL,” Killea told reporters.

“They are much more territorial, meaning they’re defending more than they’re on the offensive. Their attacks are smaller, they are more focused, and they’re less enduring.”

“All you have to do is look at the gains that have been made on the ground recently to see that there is an effect, and there is progress,” he added.

The cost of the campaign against IS has been released as the Pentagon’s inspector general is investigating allegations by a Department of Defense whistleblower that intelligence regarding the success of the campaign was altered, according to a report published in the New York Times.

The investigation started after at least one civilian analyst working for the Defense Intelligence Agency alleged that officials coordinating the anti-IS campaign at US Central Command are “improperly reworking the conclusions of intelligence assessments” that are later handed over to top policy-makers, including President Obama.

Speaking on the condition of anonymity, officials told the Times that the investigation is trying to establish if military officials changed the conclusions of drafted intelligence assessments before passing them on. If the allegations turn out to be true, it might explain why assessments of the military campaign’s effectiveness vary greatly.