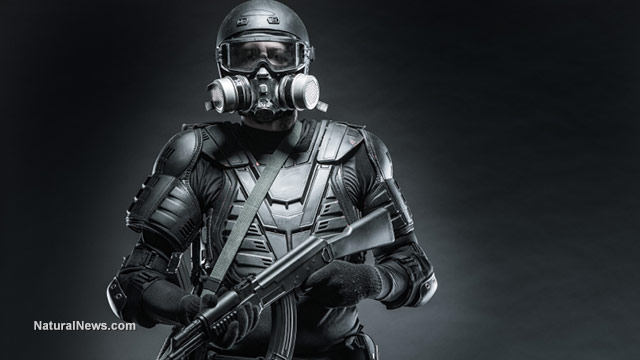 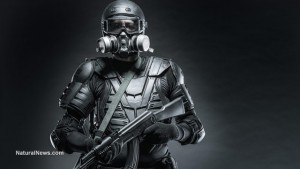 For years, a number of concerned Americans — some longtime observers of American government, some former government officials, journalists, attorneys and others — have been sounding the alarm that the United States is devolving into a post-Constitution state where basic civil rights and freedoms are being eroded.

One of the most poignant of these citizen-journalist-government observers is Paul Craig Roberts, a columnist, author, economist and onetime assistant secretary of the Treasury under President Ronald Reagan.

Roberts, for those who don’t know, was the primary architect behind a set of economic principles that became known as “Reaganomics,” which were premised on four things: reducing the growth of government spending; reducing the income and capital gains taxes; reducing government regulation; and tightening the money supply to reduce inflation. Using these principles, Reagan received plenty of criticism during his eight-year tenure, but what cannot be argued is that his presidency marked the largest peacetime economic boom in U.S. history, resulting in massive employment (35 million new jobs created) and unprecedented wealth creation at all economic levels.

So Roberts knows a thing or two about economics. But he also knows about the Constitution, our republican (small “r”) form of government, and how the relationship between Washington, the states and the people should go.

And what he sees is peril ahead. In a recent column entitled “Can Evil Be Defeated” Roberts cites noted constitutional attorney (and author) John W. Whitehead, founder of the Rutherford Institute — a non-profit civil liberties organization — as someone who shares his view that American liberty is under assault.

“John W. Whitehead is a constitutional attorney. As head of the Rutherford Institute he is actively involved in defending our civil liberties. Being actively involved in legal cases, he experiences first hand the transformation of law from a shield of the American people into a weapon in the hands of the government,” Roberts wrote.

Citing Whitehead’s recent book Battlefield America, in which Whitehead predicts a coming government war on the American people, Roberts noted that he, too, has often written on the subject of rising government tyranny, as have others.

“American civil liberty was seriously eroded prior to 9/11 and the rise of the police/warfare state, a story I tell in How America Was Lost. Lawrence Stratton and I documented the loss of law as a shield of the American people in our book, The Tyranny of Good Intentions (2000, 2008). Whitehead in his book, A Government of Wolves (2013) and in his just released Battlefield America (2015) shows how quickly and thoroughly the police state has taken root,” says Roberts.

The former Reagan economist observes further that, today, Americans are living in a sort of “electronic concentration camp,” where our activities, movement, purchases, social media postings, telephone conversations and healthcare choices — everything we do — is constantly monitored by Big Government and compliant corporations. We are constantly being bombarded with images and messages that are meant to disinform us and propagandize. We are led to accept the police state mentality that is rising around us, and to gravitate towards it rather than our “autonomy, privacy, and independence,” Roberts says, adding that he has frequently written on such subjects.

But Whitehead’s book brings all of these concepts together and then asks whether there is anything that can be done to reverse the trend.

“The outlook for civil liberties grows bleaker by the day, from the government’s embrace of indefinite detention for US citizens and armed surveillance drones flying overhead to warrantless surveillance of phone, email and Internet communications, and prosecutions of government whistle-blowers,” Whitehead wrote. “The homeland is ruled by a police-industrial complex, an extension of the American military empire. Everything that our founding fathers warned against is now the new norm. The government has trained its sights on the American people. We have become the enemy. All the while, the American people remain largely oblivious.”

— “[I]n fiscal year 2012 the federal government alone seized $4.2 billion in assets despite the fact that in 80 percent of the cases no charge was issued”;

— “[I]n 2006 a Halliburton subsidiary, Dick Cheney’s firm, was awarded a $385 million federal contract to build concentration camps in the US”;

— “Republicans have privatized the prison system and turned it into a $70 billion per year industry that demands ever more incarceration of citizens in order to drive profits”; and

— “Even the ‘mainstream’ presstitute media has reported the US military drills in South Florida where military teams working with local police practiced rounding up American citizens for detention.”

You can — and should — read the entire column here.