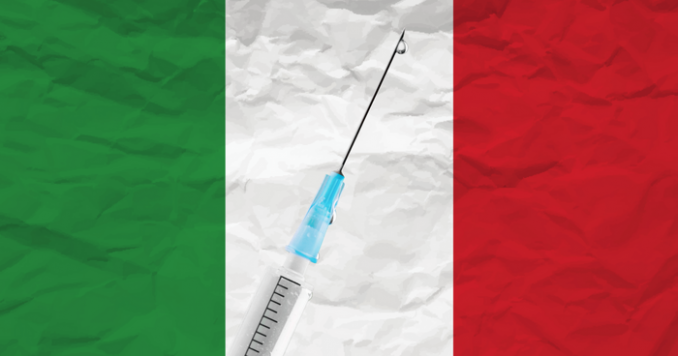 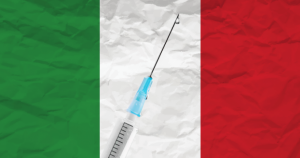 READ MORE AT AGE OF AUTISM

Note: Davide is an Age of Autism reader and vaccine safety advocate in Italy. We welcome his contribution to AofA!  Grazie!

Here is what the mainstream media write about the Italian situation: “Italian health minister Giulia Grillo is expelling many members of the Higher Health Council. The Italian government of no-vax is restoring the freedom of choice for vaccination and to eliminate the obligation of the 10 vaccinations”.

It is not true. In fact, the government elected after the votes of March 4, 2018 and consisting of the “5 Star Movement” and the “Northern League” – mistakenly considered populist parties – have maintained the mandatory vaccination and many unvaccinated children have been excluded from our public and private schools also through the use of police forces.

In these days the law number 770 is being approved, with which the decisions of the previous government would be reconfirmed and made harsher. Mass vaccinations are also planned for medical personnel and teachers. Doctors remain silent and do not want to get vaccinated (only 15% of them are vaccinated). Vaccinations are also foreseen for the renewal of driving licenses and to be able to access the school classes of every order and degree.

The police forces, on the orders of the judiciary, have checked the authenticity of the vaccine certificates delivered by the parents to the schools in order to obtain the right of access for the children to the school.

Many parents have filed complaints to the judiciary for vaccines polluted by metal nanoparticles (discovered by our researchers in nanotechnology materials already 15 years ago in vaccines). An inquiry was opened by the judiciary but seems to have been shelved.

As if this were not enough, we have been activated, also thanks to the Italian association CORVELVA and the National Order of Biologists (ONB), to analyze (from international qualified laboratories) many vaccines from the metagenomic, biological and chemical point of view and we have discovered, for example, in the measles vaccine, the presence of six viruses variant derived from mutations; an entire human genome; in some vaccines the antigens declared on the factsheets and on the datasheets have not been found. In recent chemical analyzes, presences of antiepileptic drugs, Viagra, herbicides and other substances absolutely incompatible with human biology have been identified.

Also for this reason, complaints were submitted to the judiciary.

During the month of August, we collected over 130,000 signatures for a bill for the abolition of the vaccination obligation and presented the official documentation. The Italian government has not yet replied to us.

Many parents, stressed by all these obstacles to freedom, are arranging to organize themselves, in a clandestine way, in different forms of unschooling to ensure the tranquility of their children. Many K0-6 free schools are rising in Italy but their location is kept hidden to avoid persecution.

From the date of approval of the law of minister Lorenzin (08/31/2018) to date, the number of suspected deaths (aka SIDS) has soared and the Italian media avoid, in most cases, to make this news public.

Some prominent men of the Italian political and administrative establishment have been reported to the competent authorities for conflict of interests with pharmaceutical companies. Many big-pharma men are present in political organizations and drug control agencies.

At the same time, numerous parents who had asked pediatricians for written guarantees on the safety of vaccines and preventive medical tests to ascertain any predispositions to vaccine damage and related contraindications, were reported by pediatricians to the judiciary because they “hindered” their work…

In recent months there has been a defamatory campaign against us and we are fighting for the truth to be made about the numerous damages and deaths caused by vaccinations.

We ask you not to spread news from official Italian media because they are false.

These are just some aspects of a much bigger problem…

Our struggle against the constraints of liberties continues and will be ever more implacable.

Greetings from the heart of Italy to all citizens of the free world!

Davide Suraci is a teacher (graduate in agricultural science) of biotechnology at a high school in Lucca (Tuscany), the city where I live. He has dealt with research on the damage from vaccinations for almost ten years. He is t he Nonno grandfather of a proudly unvaccinated 7 year old boy.

I’m the admin of the Italian group “United for the Free Choice” in which almost 30,000 members are registered.

If you have a Facebook profile you can find me here: https://www.facebook.com/davide.suraci.18