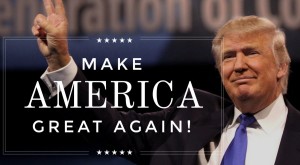 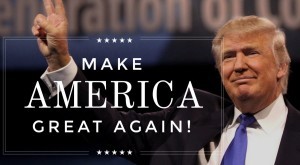 I have been closely following your campaign since you announced your intention to run for President of the United States. Like millions of Americans of all political stripes, I greatly appreciate your frankness, your honesty, and your candor. The criticisms you are leveling against the mainstream political and media establishment in America – the corrupt, superficial nature of electoral politics, the disastrous and poorly negotiated international trade deals our “leaders” have pushed on this country, the dishonest, malicious behavior of the “journalists” and “political pundits” covering politics today, etc. – are resonating very deeply across this once great nation for very obvious reasons. Most Americans I know and deal with feel alienated from the political establishment, viewing the career politicians running Washington, DC and the media that serves them as hostile to American political traditions and culture.

Millions of people in this country eagerly wish to live in an America that can be considered “great” once again, and we hope you can lead us there, as your campaign slogan indicates.

In my opinion, you are running a brilliant campaign. You have great talking points and you handle the (oftentimes hostile and venomous) media extremely well. Your performance in the Republican debate the other night was outstanding. You dominated, and most people I have personally spoken to about this clearly recognized that fact. According to the polls I have seen, most people who took the time to watch the debate agree with my assessment – you crushed.

Your response to Megyn Kelly’s contention that you may be part of the alleged “war on women” was just fantastic. You didn’t back down or apologize, as everyone else would have, and stuck to your guns. “I think the big problem this country has is being politically correct,” you correctly stated, before explaining that America does not have time for political correctness anymore. Indeed, political correctness is destroying this country, and more and more people are recognizing this fact with each passing day.