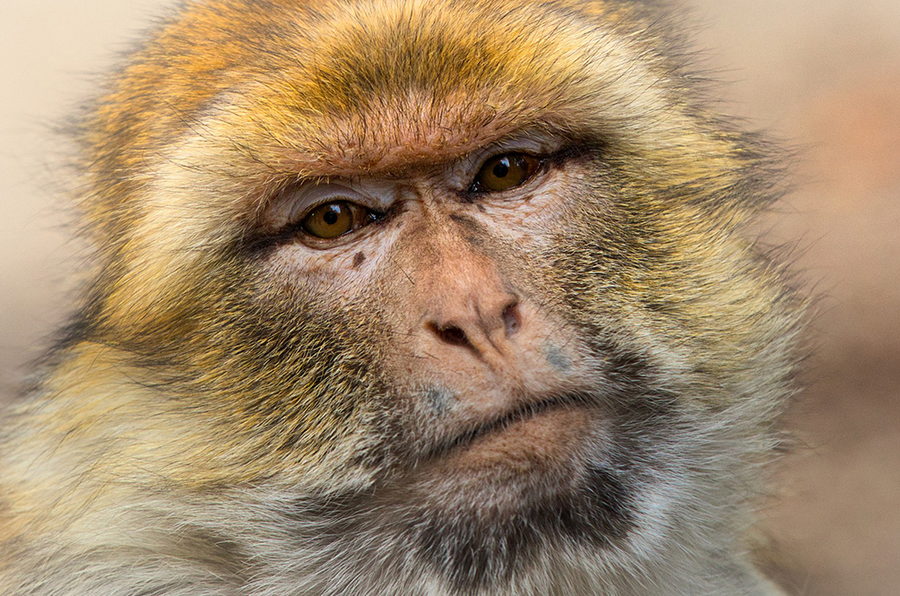 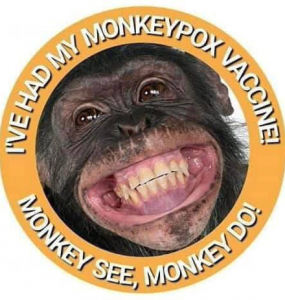 There is actually one positive thing about this absurdity, and that is that I see a lot more people on social media actually laughing and pointing out how fabricated and fake this “Monkeypox” outbreak is. More and more people are waking up, more and more are questioning the narrative, and many have had enough of the lies and deceit.

For the last couple of days, this monkey business has been lurking in the media and on May 18 they said that the first confirmed case was detected in the United States. Sweden (and a few other countries) then followed suit like the little puppets they are, with faking a case on May 19.
As most of us know by now, there is no such thing as viruses or transmittable diseases. You can only get “sick” from being poisoned, from toxic buildups, from nutrition deficiencies, from cellular damage from radiation, and from mental stress and/or trauma.
Thus, there is absolutely no need for harmful and sterilizing vaccines or other harmful and nonsensical medical treatments, as there is NOTHING to treat! You experience symptoms when the healing begins. At that point, you need to assist your body. Nourish it, get rest, and figure out why you got sick in the first place, and avoid that in the future. There is no invisible boogeyman jumping around ‘infecting’ people by chance. This evil deception has to die, and people behind it need to be behind bars for the rest of their pitiful lives.

In my past, I was sick two to four times every year. I had pneumonia and sinusitis EVERY year until 2018 when I healed myself by adopting our species appropriate diet of strictly animal-based foods combined with fasting and dry fasting. And I have not been sick ONE SINGLE DAY since then! When the fake pandemic broke out my father and I helped a lot of elderly people with groceries when they were detoxing, when the doctors had told them they had the ‘rona. I exposed myself as much as I could to “sick” people, and I don’t even wash my hands unless visible dirty, and nothing. Not even a sniffle.

I have written tons of articles about the Rockefeller Modern Medicine fraud and what actually makes us ‘sick.’ If you have not read them, please do. Keep an open mind, apply logic and rational reasoning, think back at your own history of disease and you will see the deception and the truth I’m showing you.

As for the condition they call Monkeypox, it’s most likely from a rare poison/toxin that the body need to expel trough the skin. It can also be from mental trauma where the person is feeling unclean and/or soiled, as with most skin conditions.

So, why Monkeypox? There are several obvious reasons for this. The first is simple mockery. They just love to shove the stupidest shit in our faces and watch the dumbed down sheep swallow it, hook, line and sinker. They get a kick out of that. Then we have Agenda 2030 and their war on animals. In Agenda 2030 you are not supposed to have pets or animals at all. They also hide behind the fraudulent ‘sustainability’ where they want to remove the only biological and bioavailable source of sustenance for humans, and that is meat. A sickly and weak populace living on plant-based sludge void of nutrition is easy to control.
This is why they have fabricated a lot of lies lately about viruses and the flu among animals, killing of millions of chickens for no real reason at all. And this idiotic Monkeypox Hoax will reinforce that belief, that animals are disease-ridden and can make us sick.

We also have the vaccine and depopulation agenda, to sterilize and make as many people sick from the injection as possible. The US already purchased 13 million of ‘freeze-dried monkeypox smallpox vaccines’ on May 18 from BARDA, Denmark.
That also ties in with the Digital ID, contact tracing, and 24/7 surveillance.

And fourth, this lie about monkeypox virus has been around since an alleged case in 1970 according to the fake science, yet it just happened to escape Africa in 2022, 52-years later, and after a fake pandemic with people going nuts over sanitation and cleanliness. That is pure mockery in line with the silly movie ‘Outbreak.’
And that is not all, monkeypox just pops up days before some real monkey business, as world leaders will meet in Davos on May 22 to 26 to discuss WHO and their new tyrannical and totalitarian laws.
Remember, they want the Satanical WHO to have the power to override any country’s law and to push their own agenda in case of another staged and fabricated ‘health emergency,’ such as another fake pandemic. That could mean forced vaccinations and isolation camps backed-up by military forces.

If you ever are going to fight for your own and your children’s freedom, the time is now.

Anyhow, this absurd Monkeypox hoax surfaced on May 18, the 138th day of the year.

And it also fit their previous toolbox of lies and deceit.

The latest May 19 update claim that ‘33’ cases has been confirmed. Again, with the Freemasonic ’33,’ the ultimate proof that it is staged, pure deceit.
And with 42-suspected cases, ‘42,’ the hoax number used in the fake war in Ukraine. They just can’t help themselves.

My first thought, knowing how they think, was ‘Monkey Mockery,’ as that is a double ‘MM’ as in ‘33’ when flipped.

And, of course, FDA approved the first “live, non-replicating vaccine” to prevent smallpox and monkeypox in 2019. How CONVENIENT!

I could go on and decode this charade further, but this article is long enough as it is. And the important message is that there is NO virus, there is NO such thing as transmittable diseases. You need to wake up as many people as you can. The only way to fight the New World Order is by waking up people, making them aware of what is going on and how deceived they are.