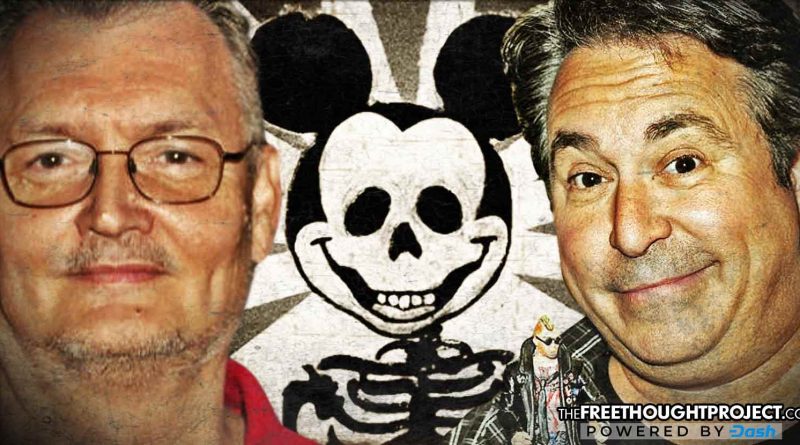 Renegade Editor’s Note: I have long said, in our sick world it is far worse to be a “racist” than a rapist, even a child rapist. Imagine my shock when I see (((Bob Iger))) supporting child rapists.

The cancellation of the series “Roseanne,” and the public firing of Roseanne Barr have created a media firestorm, and while ABC was publicly responsible, the network is owned by Disney, and the decision was ultimately made by Disney CEO Bob Iger.

However, the quick decision made by Disney with the claim that it would not tolerate “racist” comments, makes many wonder why the company, which built its empire on entertaining children and families, thought it fitting to fire Barr over her controversial Tweets, at the same time that it seems indifferent to hiring pedophiles and sexual predators to work inside the family-friendly organization.

Both Brian Peck and Victor Salva were convicted of several sex crimes against children—yet went on, after their convictions, to enjoy lucrative careers within Disney’s corporation. Peck, who starred in X-Men and in all three Living Dead films, served 16 months in prison and he still works with children on Disney film projects. According to court documents reported by the Daily Mail, detailing Peck’s crimes against a child actor known as “John Doe” to protect his identity:

Salva also sexually abused children and continues to enjoy the good graces Disney offers, all the while Disney is now portraying itself as taking the moral high road in firing a comedian over a series of controversial tweets. Salva directed the Jeepers Creepers films. According to a report from Celebrity Insider, which exposed the corporate hypocrisy:

In 1988, the child actor from the movie Clownhouse Nathan Forrest Winters told his mother at the end of filming that the director Victor Salva had been molesting him for approximately five years. Salva was found guilty on five of the 11 original counts after he confessed to the sexual abuse and video recordings of him abusing Nathan Winters were found in his home. Police also found videotapes and magazines featuring child pornography as well.”

Salva’s conviction as a pedophile sexual abuser was not enough, apparently, to keep him from being employed by Disney. The director went on to make the company millions with the release of Powder, a film Nathan Winters vehemently objected to being released. Winters was just a boy when Salva reportedly began sexually abusing him. The molestation went on for five years while the two worked on the film Clownhouse.

After Winters told his mom, police investigated, found child pornography in the form of magazines and videos, as well as the damning home movies he made of Salva sexually abusing the child actor. Still, it was not enough to keep the director out of favor with Disney.

Disney’s approach to Rosanne Barr must be taken in context. The no. 1 rated show on ABC was terminated after the lead actress took Ambien and went on a Twitter rant she herself said was indefensible. With CNN reporting that the decision to fire her and to nix the show permanently, came directly from Disney CEO Iger, the most obvious question must now be asked. Mr. Iger, if it’s seemingly okay for your company to give millions of dollars to convicted pedophiles, what are you trying to accomplish by firing an actor over a few crude tweets?

The one thing that is still blatantly apparent is that Disney does not care about the child actors who were sexually abused by their employees. Nathan Winters’s career is done. Used up by a pedophile director, and cast aside, the actor now says pedophilia in Hollywood is endemic. As TFTP reported, Winters remarked:

I was basically blackballed for telling the truth. He’s been coddled completely, big names in Hollywood have been backing him throughout the entire process. Seems like there’s an exclusive club and Victor’s part of that club.

Abusers working for Disney continue to be outed. In December, amidst the burgeoning #MeToo movement, Disney executive and senior-level music director Jon Henley was arrested and charged with three counts of lewd and lascivious acts on a child. His case is now making its way through the courts. Even though there are reports that Disney has suspended him, it is unclear if he is still working with Disney and drawing a salary.

Veri Tas: Not just the children. Adults, too, are dying in excess, compared with...
Lash: You're probably aware by now....but just in case....EVERY SINGLE LINK ...
Diane Drayton Buckland: The alleged conflicts of interest/corruption is systemic and widesprea...
Giselle: We need to protect Australians from this bill as it could be used agai...
Veri Tas: IGA it is!...
Flash: Fuller heading for ascension to parliament is the rumour. Imagine it, ...
@gus: Morrison can talk for an hour and say nothing. It's a skill they lear...
Gus: I must agree with this proposal as nobody, Corporate, Government or ot...
The Crazz Files: I thought the fucking sicko was under investigation? he is still on th...
BitterTears: With the Andrews govt wanting everyone vaxxed who's going to pick up t...