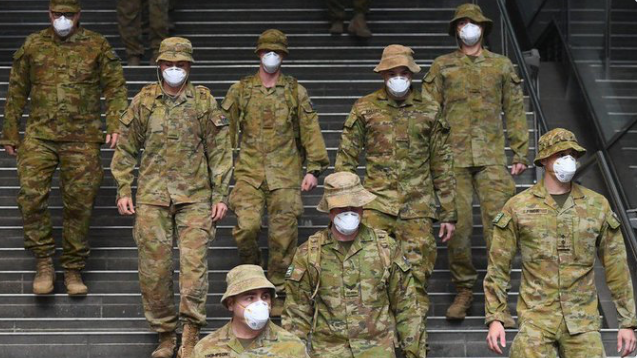 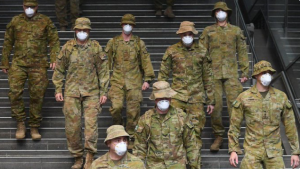 Out of a population of 25.8 million, fewer than 1,000 Australians have died from COVID-19 to date. The latest uptick in cases, which has sent the country into a panic, is still only resulting in less than 5 deaths per day. Yet the Australian government has responded with a return to its past harsh pandemic restrictions—and is now even bringing in the military to police its citizens’ lockdown compliance.

“The Australian military began helping to enforce Australia’s strictest COVID-19 lockdown Monday, as a surge in delta variant cases in Sydney continued to cause problems,” Voice of America reports. “About 300 troops have been sent to Australia’s largest city to help overstretched police monitor home quarantine for coronavirus patients, and potentially set up roadblocks. The troops will help the police on a door-to-door search to check if people who have contracted COVID are isolating, police commissioner Mick Fuller told reporters during a press conference. Senior officials have said the soldiers will not be armed, and do not have special enforcement authority, but will be assisting the police.” 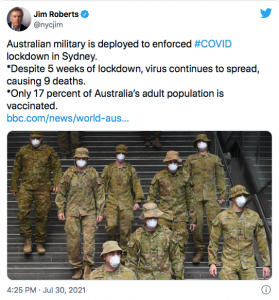 Melbourne, a major Australian city, just entered its 6th lockdown. (Yes, you read that correctly). It joins many of the nation’s other major metropolises, such as Sydney and Brisbane, in once again restricting its economy and social life. According to the BBC, the lockdown will be in place until at least August 28 and “bars people from leaving their home except for essential exercise, shopping, caregiving and other reasons.”

These draconian restrictions on Australians’ freedom and livelihoods are, understandably, prompting backlash.

“Our people are [poor and]  they already feel picked on and marginalised,” Cumberland Mayor Steve Christou told the BBC. “They can’t afford to pay the mortgage, the rent, the food or work. Now to throw out the army to enforce lockdown on the streets is going to be a huge issue to these people.”

It’s mind-boggling that the Australian government is practically placing its citizens under house arrest and outlawing their incomes over five deaths per day. It’s particularly bizarre given that countless studies have shown the ineffectiveness of stay-at-home orders and lockdown policies. (In fact, most COVID-19 spread happens at home.)

It’s inexplicable. If lockdowns could really vanquish COVID-19, why would Australian cities be on their sixth one? And how could a handful of deaths per day in a nation of 25 million possibly justify such Draconian measures and using the military to crack down on citizens?

Ultimately, it’s not our responsibility here in the US to answer these questions. But there’s a bigger lesson we can take away from watching such a totalitarian policy descend upon a Western, advanced society like Australia. If we are not vigilant, it can happen here.

As Ronald Reagan famously put it, “Freedom is never more than one generation away from extinction. We didn’t pass it to our children in the bloodstream. It must be fought for, protected and handed on for them to do the same, or one day we will spend our sunset years telling our children and our children’s children what it was once like in the United States where men were free.”

Americans must heed this warning, lest we end up meeting Australia’s sad fate.

One thought on “Australia is Under Dystopian, Military-Enforced Lockdown Despite Less Than 5 COVID Deaths a Day”