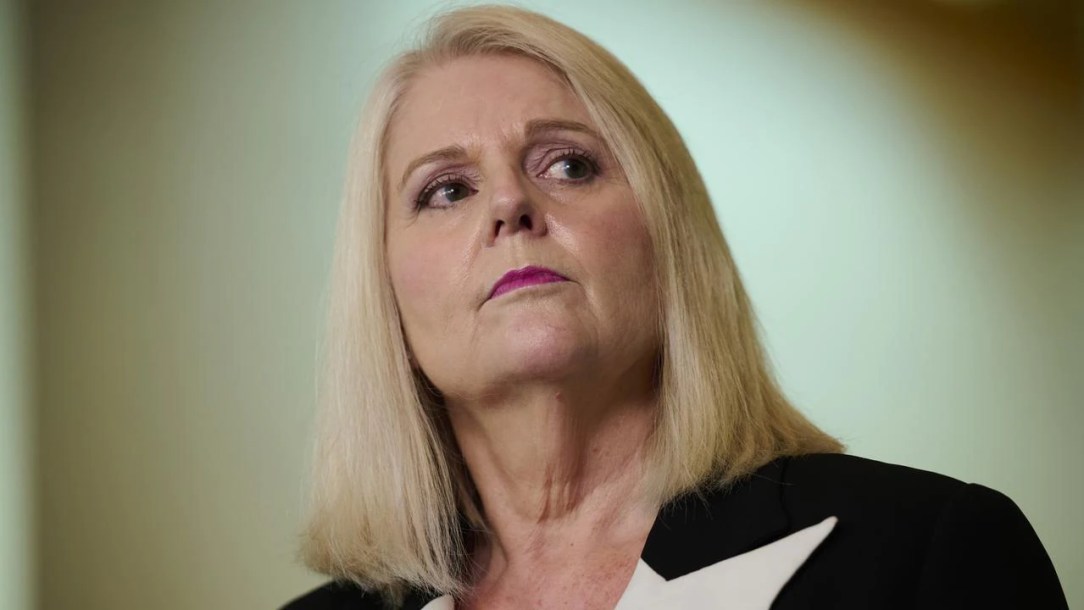 Tens of millions of dollars announced to combat ‘conspiracy theories’.

The federal government will spend more than $60 million to combat ‘violent extremism’, targeting the rapid rise in ‘conspiracy theories’ during the COVID-19 pandemic and ‘fears for MPs safety’.

Home Affairs Minister, Karen Andrews, announced the funding boost on Wednesday, amid ‘concerns’ of the rise in ‘misinformation’ and ‘hate’.

Andrews said the government had “zero tolerance” for anyone threatening “the peace and cohesion of our society by trying to use violence to achieve a political, religious or ideological goal”.

“Australia is a peaceful, tolerant and harmonious country, but we cannot be blind to the fact that there are those among us who seek to sow hate, fear and discord,” she said.

“Violent extremists may have a range of ideologies and motivations, but none of them are welcome in this country.”

The federal government is pledging an additional $61.7 million towards programs countering violent extremism, which has seen funding double since 2013.

This will include $24.5 million to expand intervention programs into rural and regional areas and $13.8 million towards a national program to rehabilitate and reintegrate violent extremists in custody.

Security agencies say they are concerned the COVID-19 pandemic has supercharged the number of conspiracy-minded groups and individuals.

Terror analyst professor Greg Barton from Deakin University welcomed the funding commitment, describing the focus on rehabilitation and prevention as “exactly what we want”.

“It’s important that we are seeing increasing recognition from the government that far-right extremism in its various forms, including these conspiracy theories, is a rising problem,” he told SBS News.

The same old linking of ‘right’ ideologies with ‘conspiracy’ theories.

Firstly, ‘conspiracy theorists’ were once considered to be on the ‘left’ 15 years ago. This website was once called a “leftist conspiracy looney bin” by one commentator. This was back when the left was protesting against Monsanto, partaking in the occupy movement, standing up for civil liberties and much more.

Those of us who see the bigger picture are often classified with any side that threatens to upset the status quo.

Back then, it was the ‘left’ who genuinely sought to challenge the establishment, before being co-opted and the cultural marxist elements becoming the dominant doctrine over socialist revolutionary ideology.

The ‘right’ – George Bush and the neoliberal order – was the same old pony in the game.

Conservative supporters of this regime dismissed conspiracy culture back then; those who were simply warning that an international control structure was emerging the likes had never been seen before.

‘You believe terrorists didn’t do 9/11? You crazy leftie, go hug some more trees!’.

Fast forward a decade, and conservatives seem to be finally beginning to understand this threat to their ‘protected’ way of life, while the original group hoping to disrupt this order was misled and weaponised.

These are the facts.

Furthermore, they fail to mention that ‘conspiracy theorists’ understand the false left-right paradigm is, in fact, a hoax. We have never subscribed to the political theatre that underpins manufactured social division.

There is only truth and lies. Good and evil.

Perhaps, we will always be classified with whichever ‘side’ is in pursuit of the best interests for Australia at any given moment in time, Ms Andrews.

Leave us out of your dribble.

Professor Barton also pointed to activity from protesters outside Parliament House and the National Press Club in recent days – which included “genuine far-right extremists” – as an example of the potential threat.

“We’re seeing that at the moment, in the midst of that there are some really hardcore elements,” he said.

“The threat always is that some individual will decide perhaps – with no one else knowing anything about it – to make a hero of themselves.”

$60 million of your tax payer dollars once again going to ‘protect you’.

Whatever that even means. Spying? More wasted money in false bureaucracy?

It will also see $10.7 million invested into a community grants program and $4.7 million into communication programs that rebut ‘extremism narratives’.

Is the ‘extremist narrative’ the lockdown of healthy people for two years over a mild communicable disease?

The COVID-19 pandemic response is perhaps the most extreme of them all.

Professor Barton said intervention programs were not the sole answer, but could play a role in helping people who have gone off to an “extreme” find there is an “off-ramp and pathway out”.

“So that can be a catalyst that can make all the difference.”

Labor’s Home Affairs spokesperson Kristina Keneally described the response as “too little, too late” by the Morrison government.

“Funding to counter the threat of violent extremism is welcome, but to truly address this threat Mr Morrison must listen to our intelligence and security agencies’ warnings and address what is driving this,” she said.

“Instead, he has stood back as MPs like Craig Kelly, George Christensen, Matt Canavan and Gerard Rennick have endorsed the conspiracy of the far-right, and the platforms shared by extremists.”

What could all of this continued propaganda be leading towards?

The response follows warnings from the nation’s security agencies about the threat posed by “single-issue” violent extremism, such as recent anti-lockdown protests.

ASIO Director-General Mike Burgess said last October many ‘violent extremists’ were focusing on individual issues, rather than broad ideologies such as right-wing extremism.

“The most likely attack in Australia will be that of a lone actor, one who mobilises to violence with little or no warning,” Mr Burgess said at the time.

It is a very interesting time here in Australia.

Dr. T.J. Coles explored in his December feature piece (below) the possibility that false flag attacks could soon be on the horizon – used as a means to squash anti-injection sentiment in this country:

With recent counter-terrorism operations during Melbourne lockdown protests, as well as growing opposition to the continuation of perpetual virus warfare cycle, the ingredients seem fit to do so.

This has followed the continuous build up of an arsenal against anyone who dares to question the system.

The Australian establishment is no stranger to orchestrating false flag terror attacks in this country, including the most notable at Port Arthur in 1996 and even recent ‘lone wolf’ productions such as the Sydney Siege.

What do you think this could all mean?

Is the establishment gearing up for another episode of ‘problem, reaction, solution’?