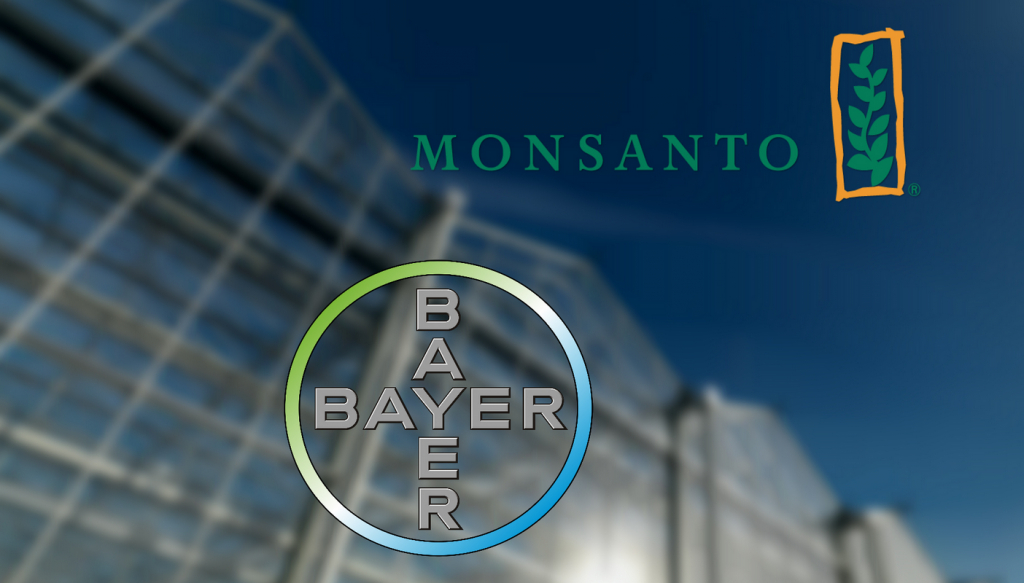 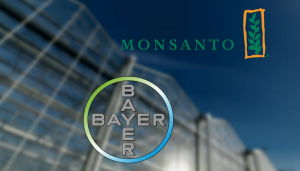 In a world infected with a plethora of immoral multinational corporations, it is hard to think of two corporations who have more nefarious histories than Bayer AG and Monsanto. Considering this, it is a harrowing prospect that the two corporations could potentially strike a deal in the near future.

As Bloomberg reported earlier this month, Bayer AG – the German pharmaceutical and chemical corporation – is reportedly considering a bid for the agrochemical and biotechnology corporation, Monsanto. This comes two months after Monsanto showed some interest in acquiring Bayer Crop Sciences, a branch of Bayer AG.

Founded in 1863, Bayer may be familiar to many readers as the first company to widely sell and trademark Aspirin in the late nineteenth century. But there is a far more sinister history to this company that is often omitted.

The Inception of Chemical Warfare

April 22nd, 1915 is widely considered to be the first successful large-scale use of poison gas in warfare, when the German army deployed chlorine gas against the French lines at the start of the Second Battle of Ypres. In January of that year, German forces had released gas against Russian forces, yet the cold conditions inhibited the main agents in the weapon from having the desired impact.

Bayer and the Nazi War Machine

Fast-forward a decade or so, and Bayer was playing an integral part in amalgamating numerous chemical companies into one. The merger resulted in the creation of the most infamous chemical company in modern history – I.G. Farben. As the late Antony C. Sutton – a former Economics Professor at California State University and Research Fellow at Stanford University’s Hoover Institution – wrote in his book, Wall Street and the Rise of Hitler:

The Farben cartel dated from 1925, when organizing genius Hermann Schmitz (with Wall Street financial assistance) created the super-giant chemical enterprise out of six already giant German chemical companies – Badische Anilin, Bayer, Agfa, Hoechst, Weiler-ter-Meer and Griesheim-Elektron. There companies were merged to become I.G. Farben. Twenty years later the same Hermann Schmitz was put on trial at Nuremberg for war crimes committed by the I.G. cartel. Other I.G. Farben directors were placed on trial but the American affiliates of I.G. Farben and the American directors of I.G. itself were quietly forgotten; the truth was buried in the archives… Without the capital supplied by Wall Street, there would have been no I.G. Farben in the first place and almost certainly no Adolf Hitler and World War II.

In more modern times, a division of Bayer was accused of ‘knowingly’ selling HIV-contaminated blood products to hemophiliacs, and has paid millions in damages in legal settlements.

During the Vietnam War, Monsanto was contracted to produce and supply the US government with a malevolent chemical for military application. Along with other chemical corporations at the time such as Dow Chemical, Monsanto produced the military herbicide Agent Orange which contained high quantities of the deadly chemical Dioxin. Between 1961 and 1971, the US Army sprayed between 50 and 80 million litres of Agent Orange across Vietnamese jungles, forests and strategically advantageous positions.

It was deployed in order to destroy forests and fertile lands which provided cover and food for the opposing troops. The fallout was devastating, with Vietnam estimating that 400,000 people died or were maimed due to Agent Orange, as well as 500,000 children born with birth defects and up to two million people suffered from cancer and other diseases. Millions of US veterans were also exposed and many have developed similar illnesses. The consequences are still felt today, and will continue to be felt for decades to come; with cancer rates, birth defects and other diseases still causing devastation to the victims and their families.

And today, Monsanto is still involved in producing chemical poison. Last year, the World Health Organisation’s (WHO) cancer agency – the International Agency for Research on Cancer (IARC) – conducted a study on glyphosate, the main ingredient in the most widely used weedkiller in the world, Monsanto’s Roundup – which is heavily sprayed on GMO crops. The IARC study revealed that glyphosate was “classified as probably carcinogenic to humans”.

Given the history of these corporations and the atrocities they have been complicit in, the last sector they should be involved in is the agricultural industry.

Steven MacMillan is an independent writer, researcher, geopolitical analyst and editor of The Analyst Report, especially for the online magazine “New Eastern Outlook”.