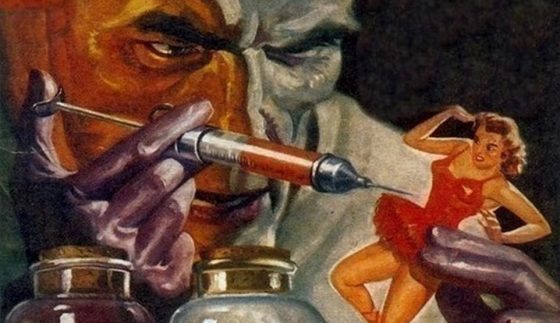 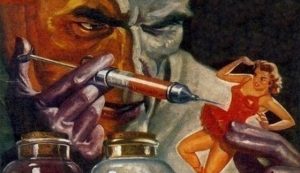 READ MORE AT THE SONS OF LIBERTY MEDIA

The Center for Disease Control’s own reporting system, which only gives us about 1% of the actual results of vaccine injuries and deaths and is currently about 3 months behind, has told us the story of what the experimental gene altering depop-shots are doing to people.  So far, there are nearly 6,000 Americans dead following the shot and close to a quarter of a million injuries from the COVID injections.  Yet, both Pfizer and Moderna, as well as Johnson & Johnson and AstraZeneca are given immunity by the corrupt political pimps and the corrupt Mockingbird media they have hustled to promote their poison as “safe and effective,” are now developing “booster shots.”   They are doing this after knowingly engaging in putting out a product that is harming people.  No justice has been brought against them and so, they feel comfortable is committing more crimes against the people with the helpful hand of the people’s treasonous representatives.

Mac Slavo has the story.

Moderna and Pfizer are both already developing “booster shots” for the COVID-19 experimental gene therapy. That means this isn’t going to end after people get their first two doses of this stuff.  They will need to go back to get boosters every year because “immunity wanes” according to “science.”

Moderna and Pfizer have recently said immunity can start to wane between six to eight months after getting the second shot of their experimental gene therapy. Dr. Peter Marks, a Food and Drug Administration official, estimates that vaccine-induced immunity is around one year, according to public remarks reported by CNBC.

Pfizer is testing its experimental COVID-19 booster shot in combination with its 20-valent pneumococcal conjugate vaccine in older adults, while Moderna told investors this month that a mid-stage clinical trial showed its investigational booster can help protect against the serious B.1.351 and P.1. variants. But wait, didn’t they already say the current experimental shots work to protect against the “scary new delta variant” that mainstream media keeps pushing on us?

STAY ALERT: Delta Variant “Warnings” Could Be The Next Excuse For Dystopian Tyranny

“The mRNA vaccine seems to be highly effective, two doses of that vaccine against this variant. The viral vector vaccines from J&J and AstraZeneca also appear to be effective, about 60% effective. The mRNA vaccines are about 88% effective,” Dr. Scott Gottleib said, referring to the vaccines developed by Moderna and Pfizer/BioNTech. “So we have the tools to control this and defeat it. We just need to use those tools.” –SHTFPlan

So then, how does immunity wane if this is an mRNA vaccine that tells your body to “make the spike protein” so it can attack it? Because…science. They literally want us to believe all of the nonsense they tell us regardless of how ridiculous it is.

“We do not have data on when to expect waning immunity leading to breakthrough infections,” Dr. Stephen Hoge, Moderna’s president, told investors, according to a FactSet transcript of a May 6 earnings call as reported by Market Watch. “But we do know that there is a raging pandemic, that reinfections will happen at some point, and the best way to ensure that we do not have renewed outbreaks in well-vaccinated countries is to boost and maintain the highest possible levels of neutralizing antibodies.”

“That tells me the vaccines are preventing infections and there are no rogue elements out there evading that protection,” Vanderbilt infectious-disease expert Dr. William Schaffner said according to a report by The Chicago Tribune.  “The vaccines are working.” What?

So let’s get this straight. Breakthrough infections in the fully vaccinated mean the vaccine is working, but an infection in the unvaccinated means the immune system isn’t good enough? This makes less and less sense by the day, and we are still expected to stop asking questions and just obey our masters.

What in the world is in this shot that they continue to lie and invent new ways to try to coerce people into taking it? There are far too many questions that cannot be answered for those applying logic and common sense. When will this nonsense end? We have some idea.  They told us a few months ago:

Ruling Class: The Scamdemic Won’t End Until The WHOLE WORLD Is Vaccinated

As far as I’m concerned, these companies are nothing more than the modern day Dr. Frankensteins that need to be brought to justice, as the protections Congress gave them are totally unconstitutional and treasonous against the people of the united States.  This will not end well unless the people demand and push for justice.
Source: https://sonsoflibertymedia.com/because-pfizer-moderna-have-not-been-brought-to-justice-for-their-crimes-against-humanity-they-are-now-developing-booster-shots-for-their-experimental-gene-altering-injections/