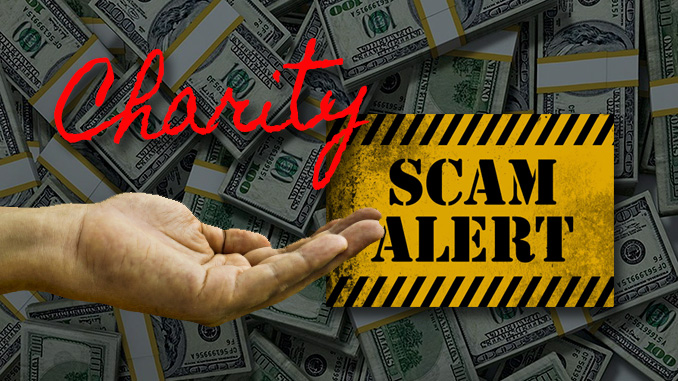 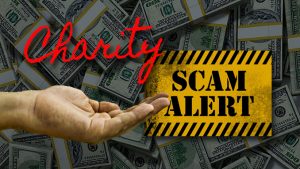 Margaret Sanger, still a darling of the left despite her record of promoting eugenics, once defined organized charity as “the symptom of a malignant social disease.” Most Americans who give to well-established charities out of the goodness of their heart, imagining that their money will go toward a worthy cause, have no idea of how rarely it does.

The United Way scandal of 1992, which exposed massive executive salaries and bonuses for the first time, doesn’t appear to have impacted the way many of these charities operate. The biggest charities still routinely pay their CEOs an obscene hundreds of thousands in annual compensation, as well as funnel huge chunks of public contributions toward advertising.

The worst of these is former U-2 front man Bono’s ONE Foundation, which was revealed in 2010 to be giving a shockingly paltry 1.2% of contributions to actual causes.

As of 2010, the CEO of the American Red Cross was being paid over a million dollars yearly.

Charities with over $500 million in total expenses pay their CEOs an average of over $422,000 every year. As of 2013, nine charities were reported to be paying their CEOs over $1 million annually. These salaries don’t include benefit plans or deferred compensation.

Goodwill Industries is especially shameful in this regard. In 2014, just one of their CEOs, Frank McGree of Goodwill Omaha, pulled in $933,444 in compensation. Steven Lufburrow, CEO of Houston’s Goodwill, topped him with over $1.3 million. Another of Goodwill’s executives was paid more than $1 million as well, and 23 of their CEOs raked in more than $400,000. That’s a lot of money that could have been channeled into actually helping those in need. Things are very much the same in the United Kingdom.

Forbes recently reported that “so-called ‘nonprofit’ hospitals and their CEOs are getting richer while the American people are getting healthcare poorer.” Their research found that “these hospitals add billions of dollars annually to their bottom line, lavishly compensate their CEOs, and spend millions of dollars, which are generated by patient fees, lobbying government to defend the status quo. Last year, patients spent one out of every seven U.S. healthcare dollars within these powerful networks. Many are household names like Mayo Clinic in Rochester, Minn. . . .”

Some 13 of these healthcare “non-profits” featured a top compensation package between $5 million and $21.6 million, while 61 paid their CEOs at least $1 million. Ascension paid their CEO an incredible $59.1 million, while the CEO of Kaiser made $29.8 million. All this was in addition to Forbes discovering that over $200 billion was going toward these “non-profits’” bank accounts, assets, and investments. Much as it is with conventional charities, such huge amounts channeled toward salaries and investments leave less for research and improvements in patient care. Healthcare costs have soared to an astounding 20% of our gross national product. Statistics like these, as well as the outrageous compensation earned by insurance and pharmaceutical executives, are a large part of the reason why.

One well-known charity that does direct funds toward good causes is the Salvation Army. At last report, their CEO was only being paid only a nominal $13,000 per year. The Salvation Army is an international organization, with a message based on the Bible and motivated by the love of God. The group states that “its mission is to preach the gospel of Jesus Christ and to meet human

buckets, ringing bells. Much of their work, especially with the homeless, goes unrecognized.

The Salvation Army’s philosophy was best expressed by Gen. Eva Burrows, who said, “I had the privilege once in Calcutta to meet Mother Teresa at one of her feeding centers for the poor and outcast of that teeming city. When I asked her how she coped with all the fame and adulation she receives, she replied: ‘It means nothing to me. But one thing I have done which I believe is important. I have helped people to talk to the poor and not just about the poor.’ That is a simple but very significant statement which indicates ‘the poor’ are not just some conglomerate group which can be dismissed as an economically nonproductive sector of society that we are unfortunately stuck with. They are fellow human beings—real people, individuals—for whom we have concern and responsibility.” Burrows went on to say, “You may have seen the poor, but have you ever imagined how it must feel not to be able to provide food for your hungry children; not to have a shirt on your back. . . .”

Choose your charities carefully. Besides the Salvation Army, other good charities include the Make a Wish Foundation, St. Jude’s Hospital, and Catholic Relief Services.

Donald Jeffries is a highly respected author and researcher whose work on the JFK, RFK and MLK assassinations and other high crimes of the Deep State has been read by millions of people across the world. Jeffries is also the author of three books currently being sold by the AFP Online Store.