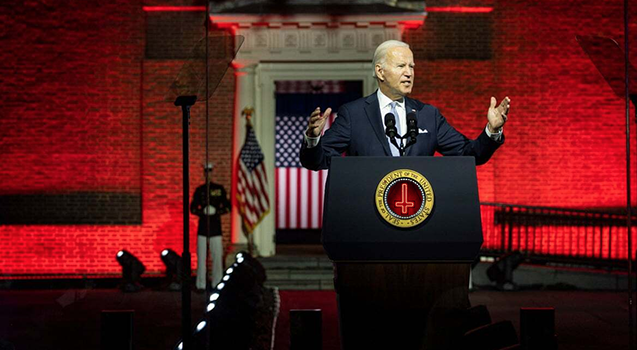 I have never bought the theory that Globohomo wants to provoke a civil war in order to crack down harder. The way I see it, once ordinary Americans get so angry that they actually start shooting, they won’t stop until there is no Globohomo left:

Donald Trump has branded Joe Biden an “enemy of the state” as he hit back at the US president’s assertion that the former leader and his supporters are undermining American democracy.

Making his first public appearance since the August 8 FBI raid on his Mar-a-Lago home, Mr Trump told a rally of supporters at Wilkes-Barre in Pennsylvania that the search was a “travesty of justice”.

He warned it would produce “a backlash the likes of which nobody has ever seen”.

He also noted that Biden lit up the White House to make himself look like the devil: 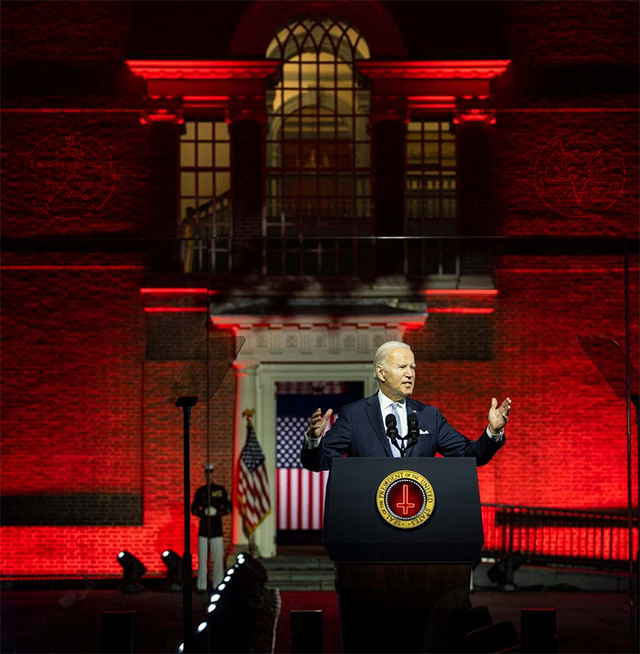 Mr Trump’s comments came in the wake of a scathing speech this week by president Joe Biden, who said his predecessor and Republican supporters “represent an extremism that threatens the very foundations of our republic.”

This is awesome. The centre cannot hold and all that. Last week Joe Biden slurred that his political enemies are “extremists”:

This was not an accident. His diversity hire press secretary also basically described ordinary Americans as “extremists”:

She was laying the groundwork for Biden. It is an extraordinary level of hypocrisy, for a political party which purportedly represents “minorities” to suddenly describe anyone who does not share a majority opinion as an extremist. It is also a lie, as for starters the 2020 Presidential Election was stolen, and Globohomo itself is a tiny minority of a minority.

What is presented today as majority opinion is merely the interests of a marginal number of elites who control access to the means of communication. Through repetition they normalise their own extremism and insist that everybody thinks like them. In truth their agenda horrifies ordinary people.

The position that all political opponents are extremists represents the final pivot in the 180 degree change in definition of “extremist”. After Israel did 9/11, the American government defined the islamic terrorists it blamed for the attack only as “terrorists” and launched a deliberately vague War on Terror. From its outset it was designed to be redefined, and sure enough under Obama a “terrorist” was reclassified as a “violent extremist”. Under Biden the “violent” has been dropped, and the finger no longer points at foreign islamic terrorists, but at ordinary Americans.

This is great, because the political establishment has been screwing over White Americans at least since the 1913 foundation of the Federal Reserve, and replacing them since the passing of the Hart-Cellar Act in 1965:

The sooner ordinary Americans understand that they are the literal enemy of the (((American))) establishment, the sooner they will fight for realz. All they need is a general: