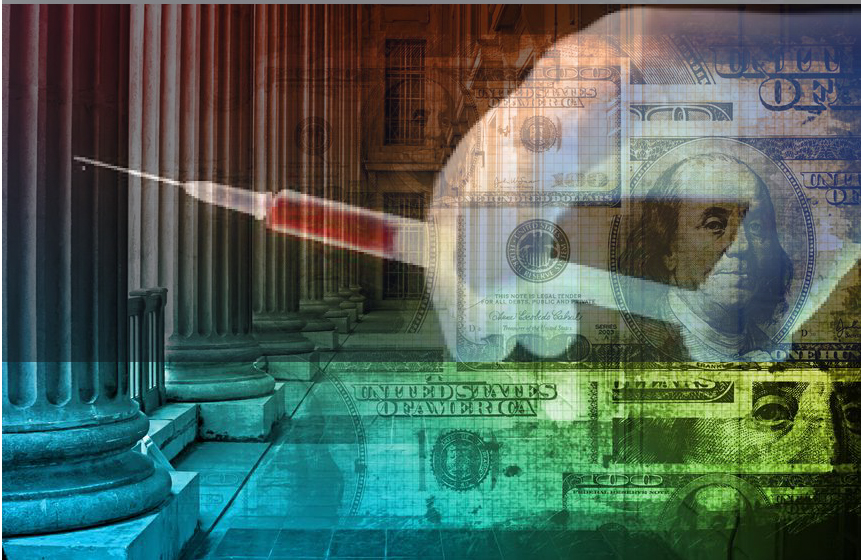 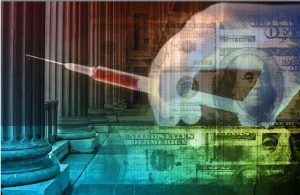 The business of vaccines is soon to become a major source of profits for the world’s largest pharmaceutical corporations. A press release (Business Wire, January 21st 2016) published by marketwatch.com says that Technavio, one of the leading technology research and advisory companies in the world predicts that pharmaceutical corporations who produce vaccines will reach an estimated $61 billion in profits by 2020.

Today the vaccine market is worth close to $24 billion. The report titled ‘Global Human Vaccines Market 2016-2020’ gives an “in-depth analysis” of the possible revenues and “emerging market trends” globally. According to the Press Release:

The report study indicates that the introduction of new products is fueling the growth of the market. Moreover, the significant expansion of the current product offerings is also expected to boost the market growth. Due to the increasing prevalence rates of various infectious diseases such as diphtheria, influenza, hepatitis, pneumococcal diseases, and meningococcal diseases, there has been a notable increase in the use of vaccines across the globe

In terms of geography, the Americas dominated the global human vaccines market in 2015, accounting for about 45% of the total revenue. The US was the largest revenue contributor to this region in the same year, capturing a significant portion of the global market. The Americas will continue to dominate the human vaccines market during the forecast period because of the increase in the prevalence of infectious diseases and cancers. In addition, increase in strategic alliances with expected entry of novel vaccines, is also expected to propel the growth of the market in this region

The report also says that there are two types of human vaccines, Therapeutic (cancer, metabolic disorders, chronic illnesses, and infectious diseases) and Preventable human vaccines markets (pediatric vaccinations) that are estimated to reach $55 billion worldwide. The Atlantic magazine published an article in 2015 titled ‘Vaccines Are Profitable, So What?’ Author Bourree Lam says:

While the main fixation of anti-vaccine groups is an old, discredited study linking vaccination to autism, another is a conspiracy theory circulated online that both doctors and pharmaceutical companies stand to profit financially from vaccination—which supposedly leads to perverse incentives in advocating for the public to vaccinate.

But that argument is historically unfounded. Not only do pediatricians and doctors often lose money on vaccine administration, it wasn’t too long ago that the vaccine industry was struggling with slim profit margins and shortages. The Economist wrote that “for decades vaccines were a neglected corner of the drugs business, with old technology, little investment and abysmal profit margins. Many firms sold their vaccine divisions to concentrate on more profitable drugs” 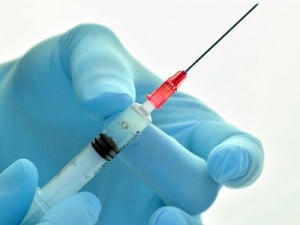 Maybe it was true at some point in time that manufacturing vaccines were unprofitable, but in today’s world, it’s all profits. What motivated pharmaceutical corporations to focus on the vaccine market in the last decade or so according to The Atlantic?

Since 2000, the Gavi Alliance has provided vaccination for 500 million children in poor countries, preventing an estimated 7 million deaths. GlaxoSmithKline reported that 80 percent of the vaccine doses they manufactured in 2013 went to developing countries. Additionally, vaccines that could turn a profit in high-income countries—constituting 82 percent of global vaccine sales in terms of value, according to the World Health Organization—hit the market

Lam also wrote that there were “two “blockbuster” vaccines also hit the market: pneumococcal conjugate for meningitis and other bacteria infections, and a vaccine for human papillomavirus (HPV). The industry grew”.

Merck is the only pharmaceutical giant licensed to produce and sell the measles vaccine called Prodquad and theMMR II (also used for the measles, mumps and rubella) and Varivax, a vaccine for the chicken pox. According to Lam, all three vaccines combined amounted to more than $1.4 billion in sales profits for Merck in 2014. The controversialHPV vaccine, Gardasil also brought in $1.7 billion in profits for Merck. “While a spokesperson for Merck told The Atlantic that vaccines remained one of its key areas of focus—it generated $5.3 billion in sales in 2014—she did not comment on the profit margins” Lam wrote. Of course the Merck spokesperson would not comment on the profitability of vaccines because Merck would expose itself to more controversy. Analysts say that the profit margin is“between 10 to over 40 percent.” Lam also says that “while the vaccine industry is likely more profitable now than in the 1970s or 1980s, this is the result of global market forces”. Lam forgot to mention that billionaire couple Bill and Melina Gates pledged at least $10 billion for worldwide vaccination programs supposedly to combat polio and the measles, this is where Merck & Co profit. It is also well known that Bill Gates appointed the former president and CEO of Merck, Raymond Gilmartin to the board of directors of Microsoft which lasted for more than 11 years before he announced his retirement in 2012.

Are pharmaceutical corporations motivated by profits? “Profits from vaccine production aren’t a valid argument against vaccinations—the most important question is whether vaccines are safe and effective, and the answer is unambiguously yes” wrote Lam. In 2015, Former Merck Employee and whistleblower Brandy Vaughan Spoke out against the state of California’s vaccination mandate bill SB277 and said:

The U.S. gives more vaccines than any other country in the world. Our childhood schedule for under the age of one has twice as many vaccines as other developed countries. What else do we have? The highest infant mortality rate of any developed nation. Finland has the lowest. They only give 11 by age six. Mississippi has the highest rate of vaccination in the U.S.–highest infant mortality rate. These numbers do not lie. But you will not hear that on the media, and that is not what Senator Pan will tell you.

Vaccines are the only products in the U.S. that do not have liability. You cannot sue for injuries or death. But that is only in the U.S. Around the world, there are law suits because of serious injuries and deaths because from vaccines. In Spain over Gardasil. In Japan over Gardasil. The flu shot was taken off the market for under five in Australia after deaths and injury. Prevnar was banned in China. Pfizer’s vaccination program was kicked out of the country. France just pulled Rotavirus off their schedule after infant deaths and injuries

With a forecast of $61 billion in projected sales, rest assured new vaccines will be developed for almost anything. Actor and comedian Jim Carrey did say that “150 people die every year from being hit by falling coconuts. Not to worry, drug makers are developing a vaccine”. With 271 vaccines in production, Jim Carrey’s comments, which were criticized by the mainstream media, may not be so farfetched after all.