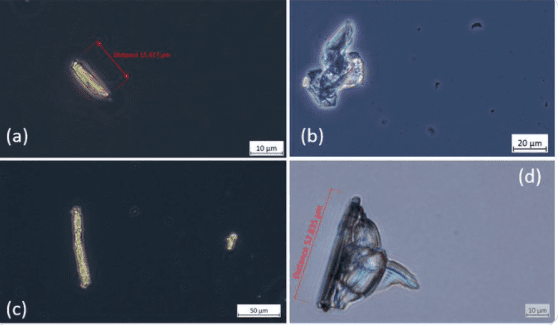 A group of German physicians joins the chorus of experts who have discovered foreign objects in the coronavirus vaccines and the blood of the vaccinated.

German Pathologists presented an analysis of the coronavirus “vaccine” during a shocking press conference in September. A clip of the conference, which has been translated exclusively for RAIR Foundation USA, reveals foreign objects in the vaccine, as well as in the blood of those who have taken the vaccine.

Some of the foreign objects were described as “accurately constructed” and also – shockingly – worms that were hatched from eggs.

The live-streamed press conference was organized by the Stiftung Corona-Ausschuss, which can be loosely described as Germany’s equivalent of America’s Frontline Doctors. As expected, their remarkable presentation was slammed by the German legacy media.

The event was spearheaded by Prof. Dr. Arne Burkhardt, who served as “head of the Institute of Pathology in Reutlingen for 18 years and then worked as a pathologist in private practice”, Prof. Dr. Walter Lang, who “worked as a pathologist at the Hannover Medical School from 1968 to 1985” before founding a private institute for pathology in Hanover and Prof. Dr. Werner Birkholz, a former professor of electrical engineering with a focus on quality and risk management at Jacobs University in Bremen. Introductions and the presentation was made by Dr. Ute Langer, a physician, and a surgeon.

An examination of “leftover vaccines from the company BioNTech-Pfizer,” revealed, for example, what “appears to be an accurately constructed object”: