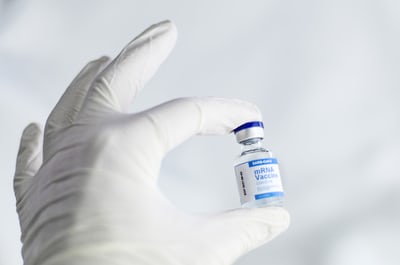 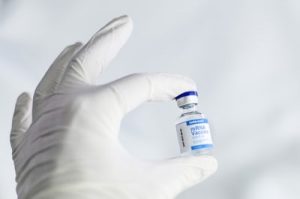 And what is the secret ingredient in the Pfizer vaccine?

Out of a jumble of announcements from the CDC and the FDA, a few decisions are emerging:

The US government will recommend COVID booster shots for people 65 and older; people between 50 and 64 who have underlying medical conditions; and, as the Daily Mail reports, “people who live in institutional settings that increase their risk of exposure, such as prisons or homeless shelters, as well as health care workers, teachers and grocery store employees.”

People 65 and older already tend to have health conditions. Worse, most of them have been receiving medical treatment for years in the form of toxic drugs. Jabbing them with a shot which has already caused enormous numbers of injuries and deaths is a recipe for disaster.

I would call it targeting.

“—Let’s take the weakest people and hit them with a booster(s) on top of the other two shots they’ve already had.”

And to expand the destruction, people between 50 and 64 WITH UNDERLYING MEDICAL CONDITIONS should also take the booster.

Note: Hitting these two groups with boosters has a further payoff for the government. When the vaccine recipients die or sustain severe injuries, the blame can be put on “their underlying conditions,” (or “the virus”).

Medically speaking, the overall guiding principle here is: the vaccine isn’t working by any reasonable standard, and it’s causing devastating effects, so let’s force more of it on people.

The news media are collaborators. They provide the elementary one-two punch: “The pandemic continues to spread; the only answer is the vaccine.”

Anybody can grasp that message and nod his head in agreement. The fact that the message is wrong and false on every level is irrelevant to its success.

However, the MANDATES are a different story. Governments believe they can push whole populations against the wall and keep them there year after year after year.

But fascism reaches a breaking point.

Rebellion is now building across the world.

“The FDA assured the public that it will provide transparency for any COVID-19 vaccine it approves. That promise would surely include letting the public know what is in the vial being injected into the arms of millions of people. Nonetheless, the FDA has chosen to hide from the public an ingredient that constitutes more than 20% of the undiluted vial of each Pfizer vaccine!”

“Upon licensure of the Pfizer vaccine, the FDA authorized a fact sheet to be given to the public, which includes a list of ingredients in the vaccine. Amazingly, this list doesn’t mention a secret ingredient. What is the secret ingredient? Nobody knows other than Pfizer and the FDA. In the technical documentation that is not intended for general public distribution, the FDA disclosed that this secret ingredient constitutes about 22% of the undiluted vial (0.45 mL of 2 mL) but completely redacted the name of the secret ingredient.”

“ICAN’s attorneys immediately contacted the FDA and asked for the redaction to be lifted. However, the FDA refused to do so without a formal demand. Therefore, ICAN, through its attorneys, submitted a formal demand to the FDA to disclose the identity of the secret ingredient.”

Conclusion: Without the disclosure of every ingredient in the vaccine, INFORMED CONSENT IS IMPOSSIBLE. A person told to take the shot could refuse on the grounds that he can’t obtain sufficient information in order to provide his consent.

And on what grounds could the vaccine be legal in the first place? If informed consent is the law, then withholding the possibility of it by concealing a vaccine ingredient would automatically render the vaccine illegitimate.

We’re not talking about a cook in a deli who says he has a secret blend of spices he adds to the brisket. This is a genetic injection intended for the whole planet.