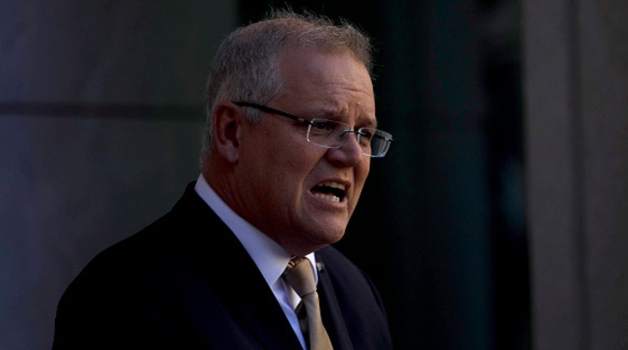 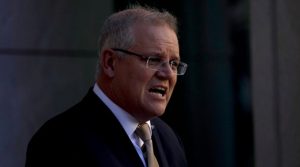 Morrison Government wants mandatory COVID-19 vaccines for all public servants and has brought in a consultancy firm to work out to do it.

Secret Cabinet meetings have been carried out lately to organize the rollout of various steps in the new era of the COVID-19 vaccine.

One of which we discussed recently that disclosed the Morrison Government’s desire for technologies to be developed for a ‘Tap & Display’ system to make the public show proof of their vaccination certificates.

More recently however a new plan has swung into action. That plan is to make vaccines, specifically the COVID-19 vaccine, mandatory for all public servants.

Real News Australia has become aware of information detailing how an unnamed consultancy firm has been contracted by the Federal Government with a specific goal. That goal is to assist the Government in making the COVID-19 vaccine mandatory for all Public Servants.

It appears the Morrison Government has hit a giant snag in their plan to follow the worldwide Great Reset. That snag is the fact that people are saying NO to the vaccine. People are resisting the ‘New Normal’.

Various surveys have shown that from 20% to more than 50% of the Australian public will not get the COVID-19 jab. Then there’s articles like this from the ABC deliberately designed to be as confusing as possible with as many percentages and numbers thrown in as possible to confuse readers. But never mind the fact they only surveyed a very minimal number of Australians.

The demand for the vaccine just isn’t there despite what the mainstream media tell you.

The Federal Government’s reason for going after their own employees is most likely in an attempt to create a trickle down effect. That is; Make all Government employees have the COVID shot as a condition of employment. Said employees will then set the example for family and friends who will then in turn have the belief that the vaccine (Gene therapy) is safe and effective and subsequently roll their own sleeves up, willingly mind you.

But the hurdle to overcome is of course, how do you make it mandatory for all public servants?

As we know our governments aren’t very creative. Hence the need to go external and hire a consultancy firm.

Won’t the Unions step in and prevent the Government from mandating the vaccine?

The Community and Public Sector Union (CPSU) which represents workers in the Federal and Territory Governments have released information on their website which promotes the Federal Government’s vaccine rollout and encourages workers to get the vaccine even though they state it is voluntary.

They also produced a .pdf statement showing full support of the rollout.

The CPSU supports the roll out of the COVID-19 vaccine and believes it is in the best interests of the workplace and the country that everybody is vaccinated in order to stop the spread of the virus and protect people from its effects.

So it again appears that Prime Minister Scott Morrison was not lying when he said that the “COVID-19 vaccine will be made as mandatory as possible.”