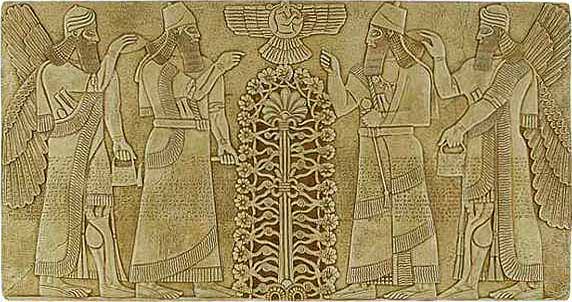 DAN WINTER is the guy who makes Stephen Hawking sound like Forrest Gump. In this presentation, polymath Dan explores our galactic history and how it influences us today—covering alien bloodlines, plasma beings, the Anunnaki, reptilians, the Grays, and the disturbing truth about Judaism.

From the beginnings of life on Earth, through the cloning of humans by the ET ‘god’Enki, to the importance of dolmens and the alchemy of the dewdrop, we learn how to activate the human soul through the experience of bliss and so help to evolve our species to the point where we will ultimately be able to transcend death.

You might need to watch this presentation more than once…

The Anunnaki Tree of Life – the cloning of humanity..

DAN’S BACKGROUND is as multi-faceted as his viewpoint. Graduating with honors from the University of Detroit, Dan pursued graduate studies in psychophysiology and the origin of languages.

In addition to his academic background, he has worked as a Systems Analyst with IBM, an industrial metallurgist and crystallographer. He has undertaken many diverse studies, from quantum physics to modeling at the MIT space lab to developing the early biofeedback prototype equipment as Dr. Albert Axe’s protégé.

Widely traveled, Dan has sojourned to study at the Gurdjieff School of sacred gymnastics, in Florence with Buckminster Fuller, from the Giza pyramids to Israel and the Andes.

DAN’S THEORIES in coherent emotion inspired the notable research at Millard Fillmore Hospital in Buffalo and the Heart Math Institute in California in the mid-nineties. Results published by Dr. Glen Rein provided conclusive evidence supporting Dan’s heart entrainment theories. The effect of coherent ordering of the Heart harmonics during the feeling of compassion was measured replicable affecting the braiding/ the programming of DNA.

Dan is a consultant on multimedia and virtual reality computer animation projects and travels and lectures around the world. He has produced over 50 videotapes on numerous subjects. Dan continues to lecture on the evolution of consciousness, sacred geometry and coherent emotion, and is currently involved in the development and promotion of the Theraphi plasma healing device.