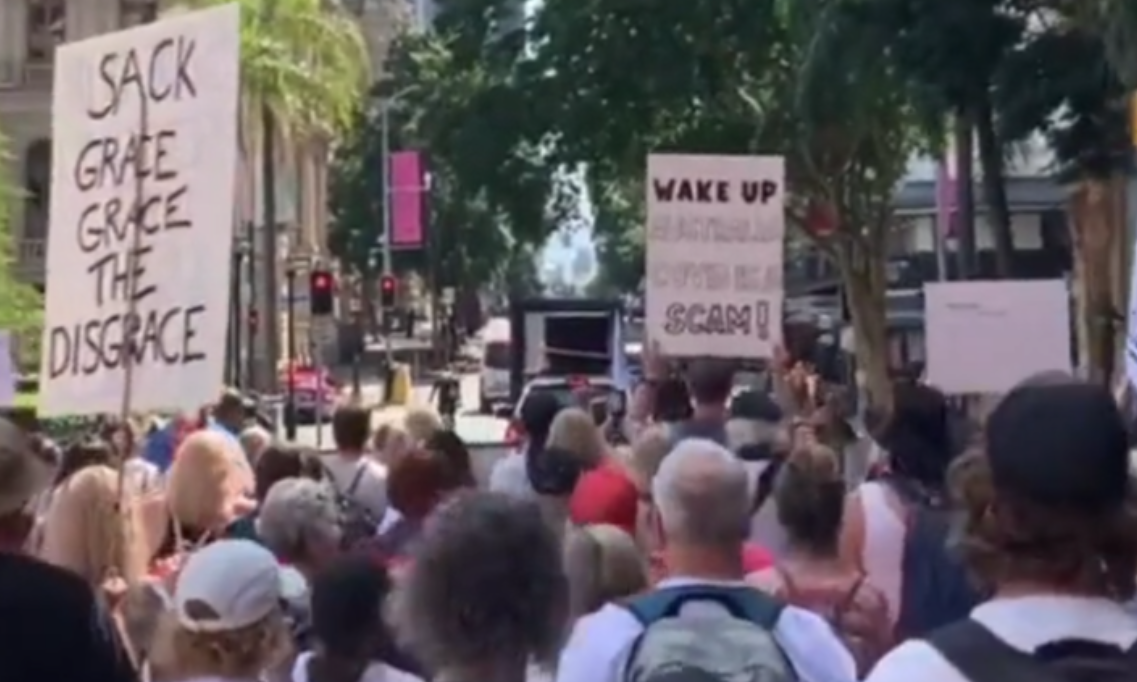 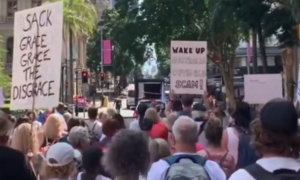 Crowds gathered in the Brisbane CBD to oppose new moves by the QLD government to cut the pays of teachers who have not been jabbed.

Crowds of protesters gathered in Brisbane today to take a stand for teachers who will have their pays cutas a “disciplinary action” for choosing not to get vaccinated.

After some speeches at Queensland Parliament House, the demonstrators — organised by The People’s Revolution (TPR) — did not receive a reply from Education Minister Grace Grace or other politicians.

As a result, the group decided to march through Brisbane’s CBD en route to Education House, the HQ of Education Queensland. This is the government body that oversees education across the state.

The impressive mid-week crowd was loud and proud, marching with some teachers who are impacted by this move and other TPR supporters. They would soon arrive at Education House.

“No!”, the crowd replies in response to the discriminatory moves taken by the Queensland government.

“You could be next”, warns one sign at the protest, reminding us of how quickly things can change.

“Grace Grace, you’re a disgrace!’ was chanted at the building, to which no response was given. Police surrounded the front doors to prevent demonstrators from entering.

“We Are One!”, the crowd chants at the entrances to the building, as a reminder to authorities of the strong activist network that has grown in Brisbane over the last two years.

Many from the group will be returning to Brisbane for the next wave of World Wide Rally for Freedom events, set to take place on September 17th at the City Botanical Gardens, as part of national events.

8 thoughts on “Brisbane protesters rally in support of Queensland teachers”