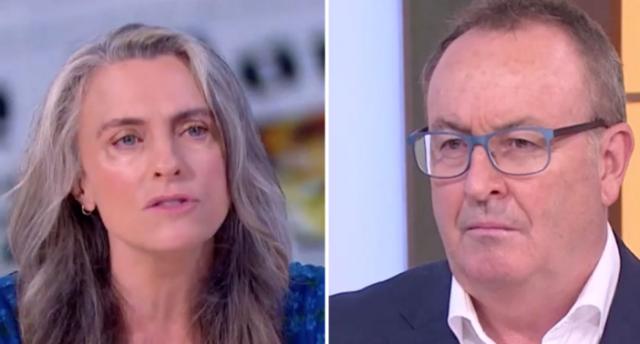 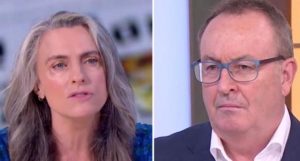 Broadcaster Chris Smith has lashed out at residents of bushfire-ravaged towns who berated Scott Morrison on Friday, branding them as “ferals”.

The remarkable comments came at the end of a heated argument with Gretel Killeen on Channel Seven’s Sunrise program on Saturday.

Smith was responding to Killeen’s impassioned plea for Scott Morrison to step down from his position as he lacked the qualities of “a leader”.

“The feral attack on him yesterday was incredibly unfair,” he quipped.

“You had all those ferals telling him, ‘What about my trucks? We’ve only got four trucks for 776 people.’

“It’s not his responsibility.”

Host Basil Zempilas butted in, telling Smith that calling them ferals was unfair as many had been out fighting fires in a desperate bid to protect their homes.

Yet Smith appeared incensed and argued they hadn’t.

“It was feral activity.”

Smith was referring to a handful of people who refused to shake the prime minister’s hand as he visited fire-ravaged communities such as Cobargo on Friday.

Some of those had lost their homes in fires and his visit turned ugly when residents began shouting insults at Mr Morrison when he hastily left amid growing anger. 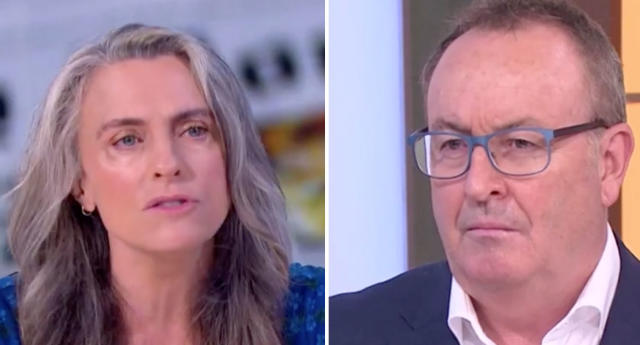 Gretel Killeen and Chris Smith faced off in a heated debate over Scott Morrison. Source: Sunrise

You’re not welcome, you f***wit,” one man shouted.

Mr Morrison later said he didn’t take the comments personally and said he understood they were raw with hurt.

Smith’s outburst was sparked by Killeen’s previous comments, who herself had embarked on a lengthy tirade just moments earlier.

“Scott Morrison’s unwillingness to accept responsibility for climate change is so irresponsible,” she said.

“Ill tell you one thing about a leader. When you look at someone like this, you have to ask yourself why is he not doing anything.

“He’s either too arrogant, too stupid or incapable and that means he is not a leader.”

Smith was quick to remind Killeen the fire response was state-led and argued the Morrison government was doing more than any government had done before in response to a bushfire crisis.

Viewers of the debate were quick to lambaste both parties on social media, many suggesting Smith had gone a step too far.

“Chris Smith on Sunrise calling the bushfire victims who slammed Scott Morrison in Cobargo “ferals”. These people have lost EVERYTHING. I’d like to see your reaction after your house has burnt to the ground and your government’s done f**k all about it,” one person tweeted, garnering over 500 likes.

Others were instead critical of Killeen, with one person saying: “She has no idea of what it’s really like out in the country.”

Others said Mr Morrison deserved more respect and that he was doing what he could.

So far during this year’s national bushfire season, 22 lives have been lost. On Saturday morning, authorities confirmed the deaths of two people on Kangaroo Island following “virtually unstoppable” bushfires.

More than 1500 homes have been destroyed across the country.

The extreme weather conditions on Saturday are said to be “unprecedented” for the nation’s southeast with more than 100 fires burning in the area.