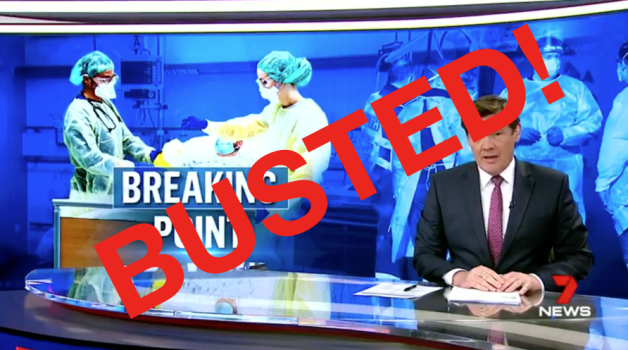 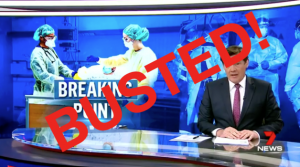 Mainstream media caught yet again airing footage of an Italian hospital when doing reports on coronavirus in their country/state.

Channel 7 News Melbourne is the latest mainstream media outlet busted for Fake News. The video below was aired on Sunday July 19th by 7 News Melbourne. It was shared on their Facebook page with the tag line: Breaking Point.

As you can see they have tried to cover their tracks and pretend it didn’t happen now that they’ve been exposed. Luckily we’re smarter than them. We backed it up to our BitChute channel and our YouTube channel.

As you can see this report is about health care workers being over worked and that there’s an “unprecedented strain” the pandemic is having on our hospitals.

Watch it again if you need to. But does it look like they’re stressed and run off their feet? No. In fact the footage shows them either carrying out regular duties and even standing around talking. Hardly a scene from Grey’s Anatomy.

I have firsthand information from people within hospitals that have told me how census numbers are ridiculously low. Not only are there hardly any sick people, there are almost ZERO people being treated for COVID-19. Nurses are having shifts cut. Doctors are going home early. It’s the pandemic the sick people forgot to turn up to.

But this is only part of the fake news being forced on the unsuspecting public.

As I mentioned above the 1:27 mark shows us this…

Slipped into the report on how overworked our Melbourne hospital staff are, this footage is NOT from any hospital in Melbourne!

It is in fact footage aired by SkyNews from a report done on an Italian hospital apparently overrun by coronavirus patients.

Quite incredible to say the least that mainstream media would blatantly use older footage from another source to manipulate our perception of what’s happening inside our hospitals. They surely couldn’t get away with this again?

Well actually this is at least the FOURTH (4th) time it’s been used by mainstream media!

Yes you read that correctly. The fourth time.

News outlet CBS in the United States has been caught using this same footage of an Italian hospital and claiming it as their own.

In a news segment on New York City hospitals the footage was taken and rebranded.

What’s amazing about this particular case of media manipulation is that CBS was called out for their fake news and was forced to apologize. They simply called it an “editing mistake”.

Surely they learned from that “mistake” right?

Sadly not.Themainstream media believes the public is too stupid to realize the level of propaganda being perpetrated on them. Days later the exact same footage was againused by CBS news. This time in Pennsylvania.

So what does all this mean? Why are news outlets around the world using this footage continuously?

Could it be because there really isn’t a pandemic and that our hospitals aren’t overrun by patients who have fallen victim to the mysterious coronavirus strain SARS-CoV2 causing COVID-19 and that news outlets can’t get footage of overrun hospitals from COVID-19 patients because there aren’t any?!

Could it be that news outlets working closely with health departments and under orders of national intelligence agencies have an agenda to manage the public perception of this pandemic to show that we are in a critical situation when we in fact are not?!

Could it be because if the public found out that we have been lied to and that our economies and livelihoods have been destroyed intentionally there would be a public uprising?!

Remember this isn’t the first time during this pandemic. That the mainstream media has lied to us and produced fake news.

Be sure to check out our previous work on that same topic!

Plus…remember the mannequins being used to portray victims/patients being worked on by hospital staff? 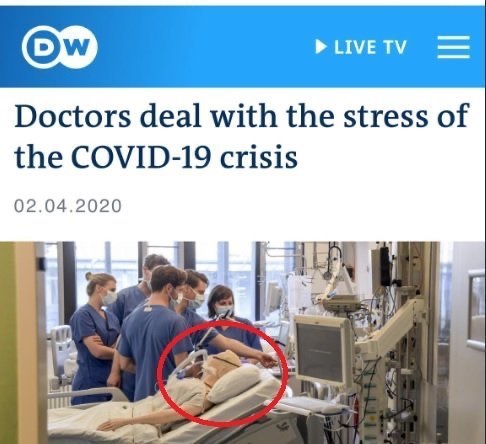 There are many, many, many more examples of this and you need not look too far to expose the propaganda and manipulation.

It’s all a hoax people. A scam. We’re being lied to.