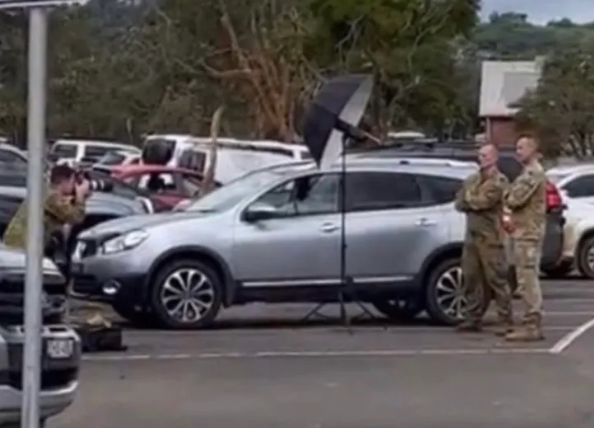 The Australian Defence Force (ADF) and Scott Morrison have both received harsh criticism online, after locals in flood-affected northern NSW regions expose the so-called ‘help’ they are receiving on-the-ground.

Video and photos have emerged showing ADF members clearly posing for staged social media PR posts, while residents in the region continue to suffer with little to no support from authorities.

One video shows almost a dozen ADF members standing around at a single property, passing rubbish to each other for the cameras, before soon dumping the debris on the road:

Is this the kind of assistance Australians in need are given in a time of (manufactured) crisis?

Other videos from residents show ADF members posing for promotional shots. Here are a few screenshots from taken from locals that have been sent to TOTT News: