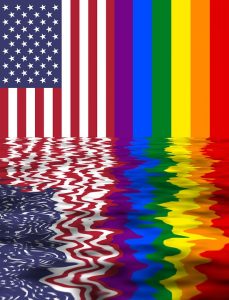 ORANGE COUNTY, California, April 19, 2018 (LifeSiteNews) – California is about to implement new abortion- and homosexuality-promoting sex education lessons, and one school district has told parents they have no choice but to expose their children to them.

California enacted the California Healthy Youth Act in 2015, but only now are its controversial provisions starting to take effect in classrooms. Under the auspices of health, the law says it will equip students to develop “healthy attitudes” on “gender [and] sexual orientation,” among other things. It also says it will inform students about the “effectiveness and safety of all FDA-approved contraceptive methods,” and facilitate “objective discussion” about “parenting, adoption, and abortion.”

RedState contributor Kira Davis, a resident of Orange County, California, warns that among the teaching materials approved for use under this law are a study guide for the transgender children’s book I Am Jazz, as well as a “sexual health toolkit.”

It teaches that one of the “cons” of abstaining from all sexual activity is that it “requires motivation, self-control and communication from both partners.”

The “toolkit” lists as resources Planned Parenthood and the radically pro-homosexual and pro-abortion group Advocates for Youth.

The law also mandates that lessons and materials “affirmatively recognize” varying sexual orientations, and that they “be inclusive of same-sex relationships.” Instruction must take a positive view of gender confusion, and explore “the harm of negative gender stereotypes.”

Davis notes that the California Healthy Youth Act expressly protects parents’ rights to “excuse their children from participation” in sex education courses without penalty of any kind, because “parents and guardians have the ultimate responsibility for imparting values regarding human sexuality to their children.”

In a memo dated March 29 to the Orange County Board of Education, Orange County Department of Education general counsel Ronald Wenkart says that the law’s opt-out provision “does not apply to instruction, materials, or programming that discusses gender, gender identity, gender expression, sexual orientation, discrimination, harassment, bullying, intimidation, relationships, or family and does not discuss human reproductive organs.”

He also cites judicial precedent to claim that “parents do not have a constitutional right to excuse their children from portions of the school curriculum that they find objectionable.”

Heidi St. John, an author and speaker who covers faith, motherhood, and homeschooling as The Busy Mom, forcefully spoke out Wednesday against the memo.

“The Orange County Department of Education feels it is their right to GIVE YOU PERMISSION TO DISAGREE WITH THEM,” she wrote on Facebook. “These are our children! They do not belong to the schools.”

St. John advises California parents to contact their local school boards and Democratic Assemblywoman Shirley Weber, the law’s author, and to pull their children out of schools that force LGBT lessons on children.

She also urges parents to participate in the Sex Ed Sit Out on April 23, an event spanning the United States, United Kingdom, and Australia in which parents pull their children out of school for the day in protest of radical sex education programs.

“Make noise. Lots and lots and lots of noise,” she writes. “When [lawmakers’] constituents get cranky, they pay attention…and so few people actually call and write anymore that just a few hundred voices go a very long way to making your representative and governor think twice about proceeding with something that seems unpopular.”

Davis also stresses that parents who pull their children out ensure the school does not record it as an excused absence.

“The reason your public school demands you call to excuse a child’s absence is because they lose state and federal dollars on every unexcused absence,” she writes. “If you really want to make an impact, hit them where it hurts.”