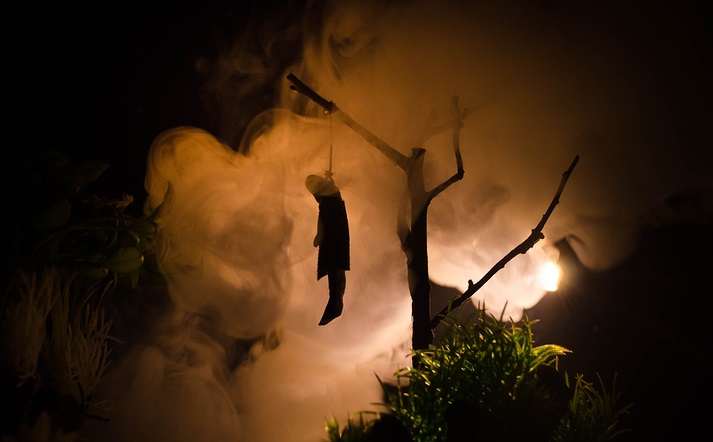 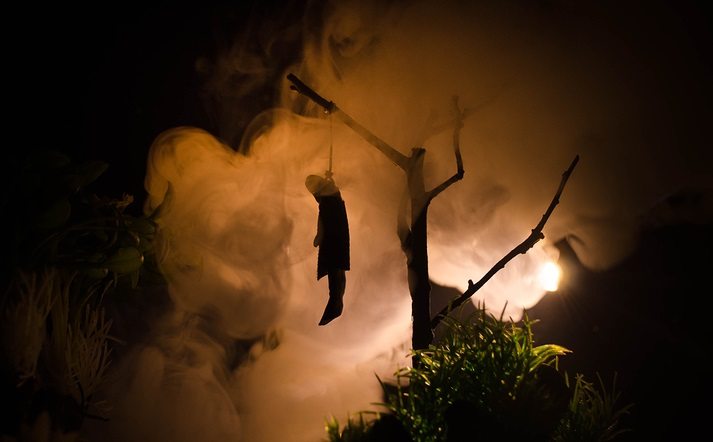 “If the State can tag, track down and force individuals to be injected with biologicals of known and unknown toxicity today, then there will be no limit on which individual freedoms the state can take away in the name of the greater good tomorrow.” — Barbara Loe Fisher, National Vaccine Information Center

Refusal to Vaccinate Should Be a Hanging Offense?

by Marco Caceres
The Vaccine Reaction

If you have ever wondered what the opposite of love is, let me tell you… it’s not hate. It’s fear. [1, 2] Yes, I’m aware of the slightly different and perhaps more popular take on that idea by Elie Wiesel: “The opposite of love is not hate, it’s indifference.”3 I like both of them, but I lean toward the former. So what breeds fear?

What we have in the evolving, ever more contentious debate over vaccines and vaccine policy in the United States is a lot of fear, fueled by a lot of ignorance. Ignorance about vaccine history, science and the ethics of mandatory vaccination laws. That’s bad enough. But what’s worse is the product of that ignorance-bred fear.

All too often, the by-product of fear is violence or the call to violence—which is what we’re starting to see in newspaper and magazine articles written by those who oppose and want to marginalize anyone who publicly criticizes the safety of vaccine policies or advocates for the human right to exercise informed consent to medical risk taking, which includes the right to make a voluntary decision about use of vaccines.

That’s right, each of us has the basic human right to be informed about any medical intervention a doctor proposes to perform on us or our minor children, and we have the right to consent or not to consent to that intervention. According to Barbara Loe Fisher, co-founder and president of the National Vaccine Information Center (NVIC), informed consent is an “overarching ethical principle in the practice of medicine for which vaccination should be no exception.”

We maintain this is a responsible and ethically justifiable position to take in light of the fact that vaccination is a medical intervention performed on a healthy person that has the inherent ability to result in the injury or death of that healthy person. [5]

It is only common sense that each of us should have the right to protect the biological integrity of our own body and those of our children. Why, specifically? Because, as Fisher has often and passionately argued:

If the State can tag, track down and force individuals to be injected with biologicals of known and unknown toxicity today, then there will be no limit on which individual freedoms the state can take away in the name of the greater good tomorrow. [6, 7]

The latest example of the disturbing trend of prominent doctors, attorneys and journalists calling for severe punishment, including physical violence, against people refusing the medical intervention known as vaccination is a recent editorial titled “Preying on parents’ fear” published in the Boston Herald on May 8, 2017.8 The article, written by the “editorial staff,” is yet another in a long series of attack pieces published by the mainstream media attacking freedom of thought, speech and conscience when it comes to vaccination. It ends:

Vaccines don’t cause autism. Measles can kill. And lying to vulnerable people about the health and safety of their children ought to be a hanging offense. [5]

A “hanging offense”? The editorial staff, led by editorial page editor Rachelle Cohen, [9, 10] is calling for people who criticize vaccine safety to be executed? Really?

Should we be surprised and appalled by the revelation of a major U.S. newspaper stooping to incite violence against Americans advocating for safer vaccines and more humane vaccine policies and the inclusion of informed consent protections in the U.S. vaccination system? Sadly, it’s not the first time threats have been made. In March, the magazine Scientific American published an article by Peter Hotez, MD of Texas Children’s Hospital also inciting violence against people who do not agree with current government vaccine policies.11 12 Dr. Hotez stated:

An American antivaccine movement is building and we need to take steps now to snuff it out. [10, 11]

In 2015, USA Today published a column by Alex Berezow advocating that “anti-vax” parents be imprisoned.13 At the time, that seemed to be a draconion proposal, but certainly less so compared to today’s calls for execution. My, we’ve come a long way in two short years. I wonder what things will look like in America two years from now. In a 2015 commentary titled “The Vaccine Culture War in America: Are You Ready?” NVIC’s Fisher contemplated an America of the future that resembles nothing like the America we’ve known:

Will laws be passed to not only deny you a public education but prevent you from obtaining health insurance; entering a doctor’s office, hospital or retirement home; boarding a bus, plane or train; buying a ticket for a movie or football game; shopping in a store, getting a driver’s license, filing your taxes or otherwise participating in and moving freely in society unless you show proof you have gotten every government recommended vaccine? Will your healthy unvaccinated children be taken from you and will you be fined and thrown in prison? Will public health officials with police power knock on your door one day and take you to a quarantine camp or forcibly administer vaccines to you and your children without your voluntary informed consent? [14]

Is that the kind of future we’re facing? And for what? To allay the ignorant fears of a few irresponsible people who have been lent media platforms to incite collective fear within our society and violence toward a minority group?

“Collective fear stimulates herd instinct, and tends to produce ferocity toward those who are not regarded as members of the herd.” [15]

Be careful with this path, America. Because once it is taken, there may be no turning back.