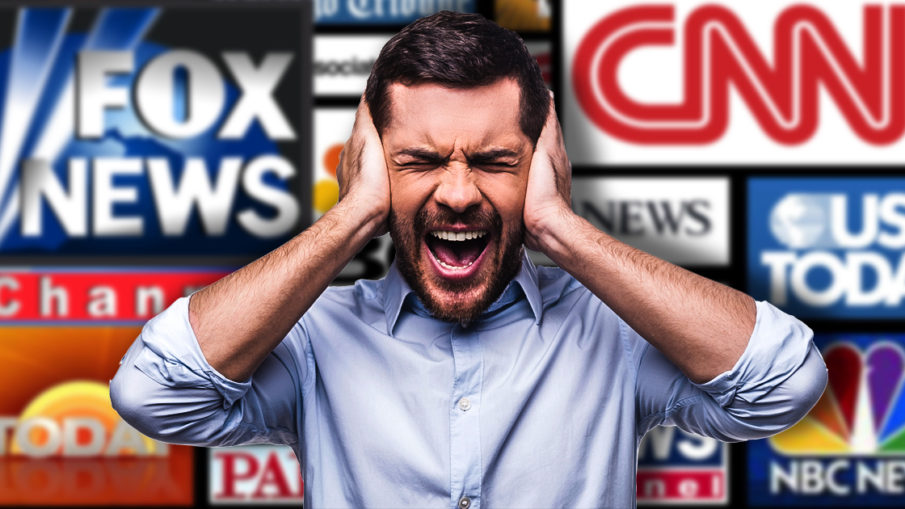 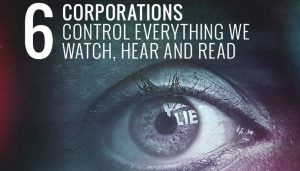 (NaturalNews) Over the course of the past three decades, something has been happening behind the scenes in the world of media. Slowly but surely, most of the establishment media has been bought up by six corporations, which now own some 90 percent of all media in the country.

And while that’s technically not a monopoly, the vast majority of those corporations’ media outlets espouse a singular Left-wing political ideology. And that doesn’t bode well for our republic.

As True Activist reports, you really have to go out of your way to find truthful, honest reporting that is not filtered through the lens of liberal ideology. If not, the chances are excellent that you and most other Americans are “fed regurgitated current events received from” that small pool of corporate media sources, the site noted.

All of the major networks and news outlets – ABC, CBS, NBC, CNN, Fox and others – are owned by six main conglomerates: News Corp, Disney, Time-Warner, Viacom, General Electric and CBS. And each of these companies has their own shady history.

Only one of these half-dozen – News Corp, owned by Australian Rupert Murdock, and which includes the Fox News Channel – offers a point of view other than the standard statist, Left-wing clap-trap. But even then, there are many times when coverage on Fox matches that on all the other channels.

In fact, as this video demonstrates, the establishment media essentially does “talking point reporting,” picking up on a key phrase to describe a political figure or event in order to act like an echo chamber that drowns out any competing views. And as this site notes, there is plenty of evidence of Left-wing journalists getting together in confidential “chat rooms” and on old-fashioned bulletin-board type sites to brainstorm how to cover their favorite (Democratic) figures, their most hated (conservative) figures, and how to spin events based on who is in power.

In addition, these corporations have the power to influence the public’s mind with subliminal messaging, “reality” TV and a bombardment of negativity. On that last note, if you believed establishment media reporting and polling, President-elect Donald J. Trump didn’t stand a chance, the election was a mere formality, and on January 20, Hillary Clinton was to have a coronation rather than an inauguration.

The mainstream press also shuns ideals of unity (we can’t have everyone getting along – what would be the reason they would tune in or pick up a paper?), sustainable activities, creative endeavors, promotion of liberty and freedom and smaller government – anything, really, that would favor individualism over big government control.

Some good news: Despite its size, fewer trust the mainstream media today than ever before

The establishment press does not comfort the afflicted, as it is supposed to do, unless the afflicted is one of its preferred demographics (“the poor,” minorities, gays, lesbians, liberals of every stripe). Whites, Southerners, conservatives and capitalism are all bad and unworthy of the media’s comfort.

The media is also supposed to “afflict the comfortable” – that is, serve as a check and a watchdog on government power. Here, too, the Big Six pick and choose who will be scrutinized and to what extent, and who will be allowed to get away with anything.

During his tenure, the media has not afflicted President Obama at all. His healthcare reform is the best thing ever, his economy top notch. His foreign policy was “smart power” (a Clinton phrase), and domestically, he saved us from financial ruin. Never mind that his economy is one of the worst ever, employment figures are made up, the world is on fire and collapsing under his tenure, and his signature domestic law is imploding.

But there are signs that not everything is bad when it comes to the Big Six’s media influence on the nation. Everywhere, the MSM is losing viewers, readers, advertisers and revenue. Meanwhile, the alternative media continues to ascend, as the majority of Americans have come to distrust the establishment media.