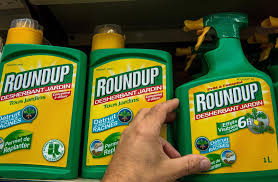 The Detox Project, using laboratories at the University of California San Francisco, has found the presence of glyphosate, the most used herbicide in the world, in the urine of 93% of the American public during a unique testing project that started in 2015.

Glyphosate, labeled a ‘Probable human carcinogen’ by the World Health Organization’s cancer agency IARC in 2015, has now been revealed to be ubiquitous in the first ever comprehensive and validated LC/MS/MS testing project to be carried out across America. Glyphosate-containing herbicides are sold under trademarks such as Monsanto’s ‘Roundup.’

In a unique public testing project carried out by a laboratory at the University of California San Francisco (UCSF), glyphosate was discovered in 93% of urine samples during the early phase of the testing in 2015.

Glyphosate was found in 93% of the 131 urine samples tested at an average level of 3.096 parts per billion (PPB). Children had the highest levels with an average of 3.586 PPB.

The regions with the highest levels were the West and the Midwest with an average of 3.053 PPB and 3.050 PPB respectively.

Glyphosate has been linked to cancer by the World Health Organization, and lawsuits against companies using the herbicide, which is prevalent in most conventional foods, have begun.

Tests for glyphosate in urine samples have revealed widespread contamination in many other countries as well.

EcoWatch reports that last month members of the European Parliament (MEPs) volunteered to take a urine test to see if glyphosate was in their system. Forty-eight MEPs from 13 different European Union countries participated in the test, and according to ELISA test results from the accredited Biocheck Laboratory in Germany:

All participants excreted glyphosate by urine.

Also earlier this year, Nicole Sagener of The Ecologist reported:

A new study shows that 99.6% of Germans are contaminated with the herbicide glyphosate, writes Nicole Sagener. The news comes as the EU puts off a crucial decision on whether to re-authorise the chemical, described by IARC as ‘probably carcinogenic,’ until 2031.

All but 0.4% of the German population have been contaminated by the controversial herbicide glyphosate, according to a study carried out by the Heinrich Böll Foundation.

The study analysed glyphosate residue in urine and concludes that 75% of the target group displayed levels that were five times higher than the legal limit of drinking water.

A third of the population even showed levels that were between ten and 42 times higher than what is normally permissible.

Glyphosate residues were recorded in 99.6% of the 2,009 people monitored by the study. The most significant values were found in children aged from zero to nine and adolescents aged 10 to 19, particularly those individuals raised on farms.

Earlier this month The Detox Project published results showing 100% of urine samples tested in Portuguese volunteers were positive for glyphosate:

Tests carried out by the Portuguese No GMO Coalition in cooperation with the Detox Project have revealed high levels of glyphosate (commonly sold as Roundup) in the urine of Portuguese volunteers, according to a report released by the Coalition.

The average value of glyphosate in the urine of the Portuguese samples was 26.2 ng/ml (nanograms per milliliter or parts per billion – ppb).

The limit allowed in drinking water in the EU is 0.1 ng/ml, so the average amount of glyphosate detected in the Portuguese samples is 260 times above the maximum legal limit.