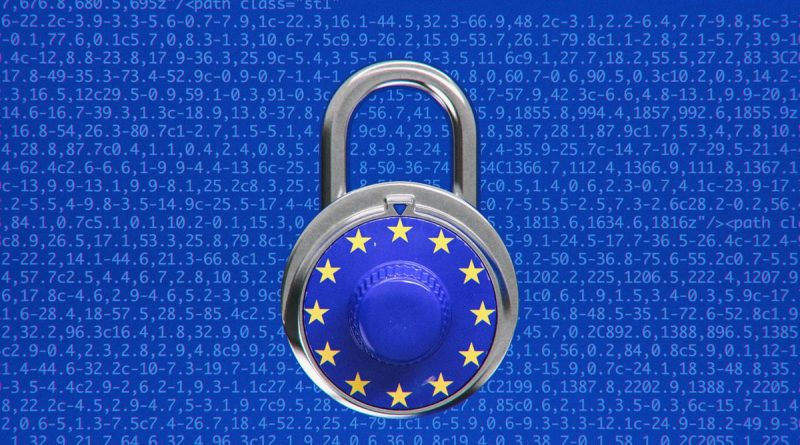 The European Parliament has passed a controversial copyright directive that contains provisions which force tech giants to install content filters and sets in place a potential tax on hyperlinking.

The bill was passed in a final vote of 438 – 226 and will need to be implemented by individual EU member states.

Critics of the directive have been laser-focused on two key provisions: Articles 11 and 13, which they have dubbed the “link tax” and “upload filter.”

The most important parts of this are Articles 11 and 13. Article 11 is intended to give publishers and papers a way to make money when companies like Google link to their stories, allowing them to demand paid licenses. Article 13 requires certain platforms like YouTube and Facebook stop users sharing unlicensed copyrighted material.

Critics of the Copyright Directive say these provisions are disastrous. In the case of Article 11, they note that attempts to “tax” platforms like Google News for sharing articles have repeatedly failed, and that the system would be ripe to abuse by copyright trolls.

Article 13, they say, is even worse. The legislation requires that platforms proactively work with rightsholders to stop users uploading copyrighted content. The only way to do so would be to scan all data being uploaded to sites like YouTube and Facebook. This would create an incredible burden for small platforms, and could be used as a mechanism for widespread censorship. This is why figures like Wikipedia founder Jimmy Wales and World Wide Web inventor Tim Berners-Lee came out so strongly against the directive. – The Verge

Member of the European Parliament, Axel Voss, who played a lead roll in pushing for both articles 11 and 13, thanked his fellow MEPs “for the job we have done together” in the wake of the vote.

“This is a good sign for the creative industries in Europe,” Voss said.

Dutch MEP Marietje Schaake was not nearly as excited as Voss after the vote. In a statement, the Dutchman said:

The Parliament squandered the opportunity to get the copyright reform on the right track. This is a disastrous result for the protection of our fundamental rights, ordinary internet users and Europe’s future in the field of artificial intelligence. We have set a step backwards instead of creating a true copyright reform that is fit for the 21st century.

Opponents of the directive have been using the hashtag #SaveYourInternet on social media.

Once again, you have proven that your MEPs are old people who have not understood until today and who also boast of their “fight against unauthorized sharing” so that they leave like him:#uploadfilter #SaveTheInternet #uploadfilter 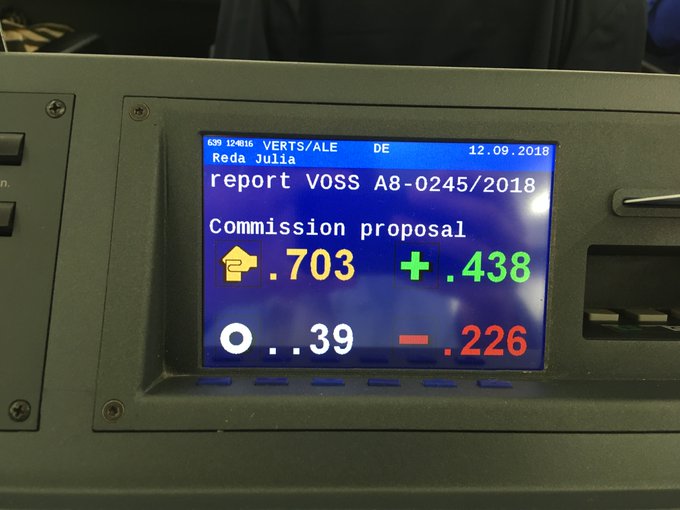 Some are pointing out that the new copyright push could potentially block or ban memes from being shared on the European internet.

Julia Reda, a German Pirate Party lawmaker, reacted to the result of the vote by saying it was “catastrophic” for sports fans.

A summary of the directive describes the internet as the main marketplace for distribution and access to copyright-protected content. Those who support further EU intervention in copyright law say that the difficulty for content creators to enforce their rights to the work they post online “could put at risk the development of European creativity and production of creative content.”

According to a letter signed by world-renowned computer scientist Tim Berners, and internet pioneer Vint Cerf, articles 11 and 13 will not only affect the professional content creator but also the average internet user:

In particular, far from only affecting large American Internet platforms (who can well afford the costs of compliance), the burden of Article 13 will fall most heavily on their competitors, including European startups and SMEs. The cost of putting in place the necessary automatic filtering technologies will be expensive and burdensome, and yet those technologies have still not developed to a point where their reliability can be guaranteed. Indeed, if Article 13 had been in place when Internet’s core protocols and applications were developed, it is unlikely that it would exist today as we know it.

The impact of Article 13 would also fall heavily on ordinary users of Internet platforms—not only those who upload music or video (frequently in reliance upon copyright limitations and exceptions, that Article 13 ignores), but even those who contribute photos, text, or computer code to open collaboration platforms such as Wikipedia and GitHub.

While it will be interesting to see how EU member states take to the copyright overhaul, this latest piece of legislation isn’t the only move by the superstate which should have those suspicious of censorship worried.

And just as a side note, it appears Twitter doesn’t want its users to know about Article 13.

Article 13 was number 2 on trending and Twitter have just removed it.

As PFW reported on September 5, the European Union is in the final stages of crafting legislation that will force big tech and internet companies to censor “extremist” content and cooperate with law enforcement

The bill is expected to be released by the end of the month and will absolutely require companies such as Google, Facebook, and Twitter to swiftly remove any content considered terroristic from their platforms.

In March, the European Commission told such companies that they had three months to show they were removing “extremist” content more rapidly or face legislation forcing them to do so. EU recommendations were sent out at the time regarding the speedy removal of all content including terrorist content, incitement to hatred and violence, child sexual abuse material, counterfeit products, and copyright infringement.

The threat eventually led to the creation of an online “code of conduct” aimed at fighting racism and xenophobia across Europe, an effort both the EU and big tech collaborated on.

According to European Justice Commissioner Vera Jourova, that an existing code of conduct to counter hate speech could remain voluntary.

“(But on) terrorist content, we came to the conclusion that it is too serious a threat and risk for European people that we should have absolute certainty that all the platforms and all the IT providers will delete the terrorist content and will cooperate with law enforcement bodies,” Jourova said on Wednesday.

“Yes, this is in the final stage,” she added, addressing the new bill.

While details of the new legislation remain hidden, the Financial Times in August learned that law enforcement will be in charge of flagging content for censorship.

EU security commissioner Julian King also had mentioned last month that the bill will “likely” turn the agreed upon “code of conduct” into mandatory law, placing the prediction by Jourova that it will remain voluntary on shaky grounds.

The big tech – EU code of conduct establishes “public commitments” for tech companies, including the requirement to review the “majority of valid notifications for removal of illegal hate speech” in less than 24 hours. It was also crafted to make it easier for law enforcement to notify firms directly of any unwanted content.

Within the code is a narrow explanation of “hate speech,” being defined as “all conduct publicly inciting to violence or hatred directed against a group of persons or a member of such a group defined by reference to race, colour, religion, descent or national or ethnic origin.”

The nature of enforcing censorship based on a narrow and subjective term such as “hate speech” is likely to keep suspicions high that these types of decision aren’t about creating a safer world, but rather a world in which superstates like the EU control the content people see online for political purposes.

Joseph Jankowski is a contributor to PlanetFreeWill.com.