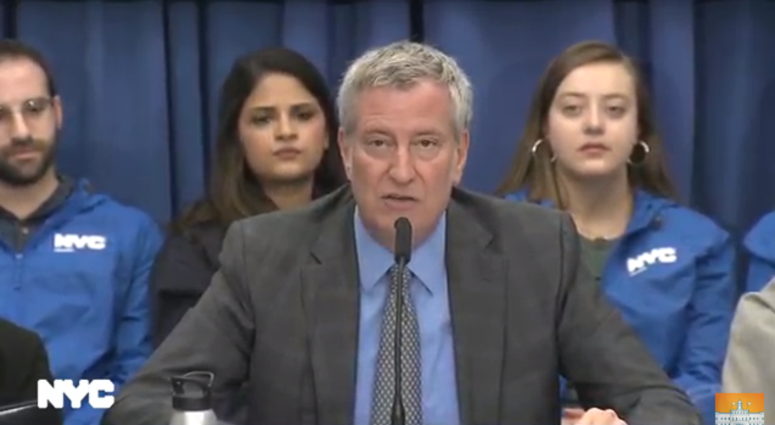 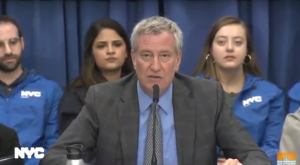 In a shocking turn of events that will surely spark a loud backlash, (even resulting in additional lawsuits) Mayor Bill de Blasio just declared a public health emergency in parts of Williamsburg, NY and said that ALL unvaccinated people, 6 months or older, will be required to get an MMR vaccine. (This mandate covers people who live in the ZIP codes of in Brooklyn’s Williamsburg neighborhood, where more than 250 people have gotten measles.2 Those zip codes are 11205, 11206, 11221 and 11249.) This means that members of the city’s Health Department are allowed to check the vaccination records of any individual who may have been in contact with infected patients. (A direct HIPPA violation?) 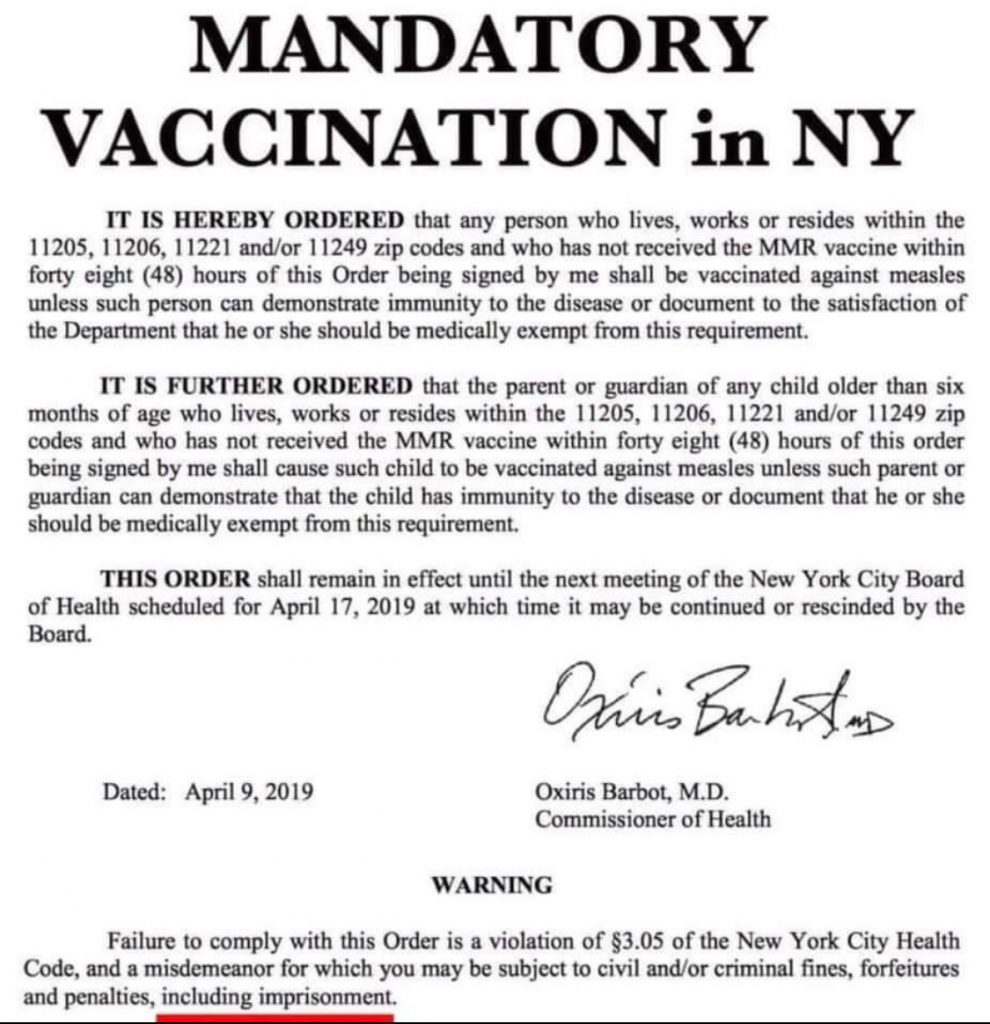 If you have not received the vaccine and cannot prove evidence of immunity, you will be given a violation and fined $1,000.

“We have a situation now where children are in danger. We have to take this seriously. Every one of us has to feel responsibility for the situation because measles is so contagious, can spread so quickly. There’s no question that vaccines are safe, effective and life-saving. I urge everyone, especially those in affected areas, to get their MMR vaccines to protect their children, families and communities.”1

As a quick reminder, of all the people infected since OCTOBER, no one has died. (And now everyone who was infected has natural, lifetime immunity.)

(The mayor claims the only way to stop the outbreak is for everyone to get vaccinated. That’s not a position everyone agrees with.)

“The city’s Health Department says yeshivas and daycare centers will immediately be issued a violation and could be subject to closure if they let in unvaccinated students.

…the school will be held responsible if an unvaccinated child attends classes there and reasserted the Health Department’s threat of fines and closure.”1

On Monday, the mayor was quoted as saying, “What we’re seeing is very clear, children cannot — must not — go to school if they are not vaccinated.”1

In fact, de Blasio is feeding the fear-mongering over the 9 cases currently in Rockland County, and the 60 in New York City, by calling the outbreak a “clear and present danger,” which is dangerous rhetoric to use.

“Currently, the number of measles cases in the Brooklyn Orthodox community is up to 285, according to the Health Department. Cases are especially high in Williamsburg and Borough Park, which have so far seen 228 cases and 49 cases, respectively.

In January, one yeshiva defied the Health Department’s order and allowed non-vaccinated kids back in. That yeshiva is now connected to more than 40 measles cases.”1

AGAIN, no deaths have been reported so far. And, where risk exists, choice must exist.