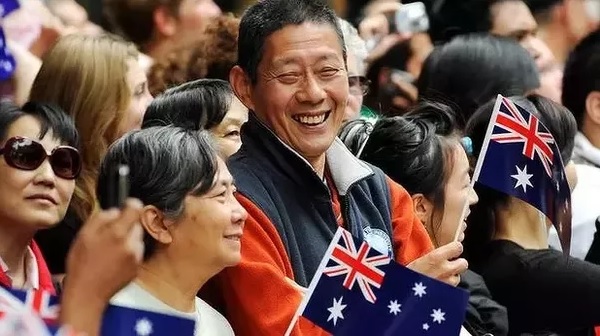 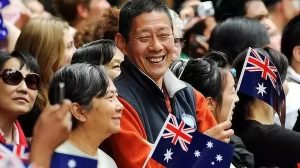 Australians born of Australian parents will soon be a minority.

The census shows Australia reached a “tipping point” in 2016 where only slightly more than half its residents had two Australian-born parents.

More than a quarter of Australia’s population in 2016 was born overseas (26.3 per cent, up from 24.6 per cent) and for the first time since colonisation, most of the overseas-born came from Asia rather than Europe.

Only 23.5 per cent of residents identified their ancestry as Australian, down from 29 per cent in 2006. A quarter of us, 25 per cent, described themselves as English.

While English remains Australia’s most used language, it is becoming less common, with 72.7 per cent of residents reporting they spoke only English at home, down from 76.8 per cent in 2011.

A record 2.8 per cent of Australians identified themselves as Aboriginal or Torres Strait Islander, up from 2.5 per cent in 2011 and 2.3 per cent in 2006.

Although the census has been conducted every five years since 1911, it has only consistently included Indigenous Australians since 1967.

The Bureau of Statistics counted 23.4 million Australian residents on August 9, up 1.9 million from 2011.

Adjusting the total for an estimated 1 per cent undercount and the 600,000 Australians travelling overseas, it believes Australia’s population was 24.4 million on December 31, about 100,000 more than it had thought.

Melbourne is gaining on Sydney for the title of Australia’s biggest population centre, growing 12.1 per cent to 4.485 million since the previous census, compared with Sydney, which grew 9.8 per cent to 4.823 million.

Darwin was Australia’s fastest-growing capital city, growing by 13.5 per cent, followed by Perth, which grew by 12.5 per cent. Two-thirds of all Australians live in capital cities, and 86 per cent of migrants.

They make up only 12 per cent of the population of Tasmania.