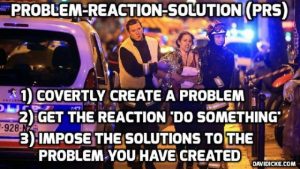 The effects of the Christchurch terror attacks will be felt for years if not decades to come.

Our laws are already changing.

Prime Minister Jacinda Ardern last week banned military-style semi-automatic firearms – the type of weapon used by the alleged terrorist to kill 50 people at two mosques. New gun laws are expected to be passed through Parliament under urgency by April 11.

Now, academics, journalists and social commentators are considering what other legislation could be passed or revised to prevent another attack of the such enormity.

And hate speech appears to be the obvious choice.

Some in New Zealand, including former Race Relations Commissioner Dame Susan Devoy, have been calling for years for specific laws and hate crimes to be recorded by police.

In a column sent to the Herald last week she said a friend had contacted her about death threats by anonymous strangers.

“My friend’s voice was trembling with fear. It is something I shall never ever forget,” Devoy said.

Hate speech is an issue New Zealand has already grappled with in the past, including in 2005 when the United Kingdom drafted its own hate crime laws.

But church leaders, academics, broadcasters and conservative groups slammed any proposed laws here as a threat to freedom of expression and the democratic process.