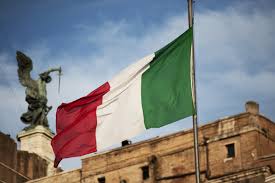 (Natural News) Italy’s controversial new measure that requires young students to get vaccines against 12 common illnesses is not going over too well with the people, who have taken to the streets to protest the rule.

In May, officials ruled that kids will not be allowed to enroll in state-run schools until they’ve gotten the vaccines for measles, chicken pox, mumps, hepatitis B, tetanus and polio. Parents who send non-vaccinated kids to schools or even child care facilities will be given steep fines, and repeat offenders could even lose custody of their children. The parents will have to present proof of vaccinations each school year.

Last year, Italy introduced its “no jab, no pay” policy that took child benefits away from parents who failed to get their kids vaccinated. This resulted in 200,000 more kids getting vaccinated. Despite this increase, measles is on the rise in Italy, and the government is taking the opportunity to blame the jump in cases on not enough kids being vaccinated in an attempt to try to scare more people into getting shots. They have conveniently failed to point out the possible contribution of the shedding of the virus from those who have been vaccinated since that policy was instituted to the current epidemic.

Italy making some concessions in response to protests

People have been protesting for more than a month, and now it appears that their voices are being heard as the Italian Senate has appeared to soften its stance. A new proposal sees lighter penalties for those who do not get on board if the legislation passes and the original 12 required vaccines being reduced to ten. The amendments would also drop the requirement to report those parents who do not comply to authorities, which could have caused some parents to lose custody of their children. Meanwhile, the maximum penalty for older children who are already in school but haven’t been vaccinated will be decreased from 7,500 Euros to 2,500 Euros.

While this is certainly an improvement, most Italians remain unhappy with the idea of any amount of forced vaccinations, and some people are criticizing the Italian government for its close relationship with vaccine maker Glaxo Smith Kline.

The mainstream media, of course, has largely failed to cover the anti-vaccine protests, despite the presence of millions of people in major Italian cities shouting “We want freedom!” It’s only natural that the people would want to have the freedom to choose whether they put their children’s lives at risk with vaccines that contain all manner of horrific ingredients like thimerosal and formaldehyde.

In addition, it is not surprising that Italians would be skeptical of vaccines. On top of the growing body of evidence showing a link between vaccines and several scary side effects as well as autism, a flu vaccine made headlines in the country in 2014 when 13 people died after being given the jab. This prompted the Italian government to ban the batches that were behind the deaths.

The new decree must now pass through Italy’s Chamber of Deputies, where it is expected to be approved, although there is the possibility that further amendments might be added.

Similar legislation was recently passed in France, where children will be required to get 11 vaccines despite widespread doubts among the population regarding vaccine safety and efficacy.