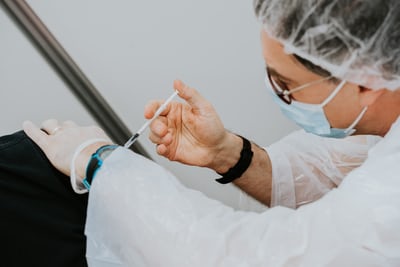 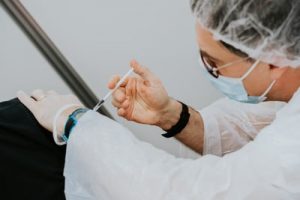 The HSE has admitted a greater risk of blood clotting in younger people still exists for the AstraZeneca vaccine, but that risk is now outweighed by a need to speed up public vaccination.

A new modelling study published in the European Centre for Disease Prevention and Control’s (ECDC) medical journal has concluded that the dangers presented to younger people by the AstraZeneca vaccine are greater than the benefits.

The study, published in the weekly edition of the Eurosurveillance journal, models four months of a vaccine distribution strategy in France involving Vaxzevria (commonly called AstraZeneca) from May 2021, and concludes that using the vaccine on the entire adult population there would avert 10 deaths from Covid among 18-39-year-olds, but would be associated with 21 deaths from blood clotting in the same age grouping over the same time period.

“Our results highlight the clear benefit of the distribution of Vaxzevria towards the population aged 55 years and older and provide valuable insight for public health decision making,” the study concludes.

Last April, the National Immunisation Advisory Committee’s (Niac) recommended that AstraZeneca should only be given to people over the age of 60 in Ireland due to the risk of very rare blood clots and the fact older people are more susceptible to severe Covid infection than their younger counterparts.

The move followed a wave of similar decisions across other European health bodies as details of the clotting risk solidified.

However, in light of dire projections earlier in the week from Nphet concerning the potential spread of the Delta variant of Covid-19, the HSE announced that from Monday, July 5, all 18-34-year-olds will be able to avail of Janssen vaccines, administered by 750 pharmacies.

From Monday 12 July, that age cohort will also be able to register with the HSE for an appointment in a vaccination centre for an AstraZeneca vaccine and some limited supplies of Janssen.

The overall aim is to prevent an overwhelming rise in transmission of the new variant with so much of the population still either partially or totally unvaccinated.

However, the HSE has now said that the offer of an AstraZeneca or Johnson & Johnson jab to the younger cohort is purely voluntary.

“If someone aged 18 to 34 would prefer to get their vaccine at a HSE vaccination centre, they can wait and register online later this month,” a spokesperson said. In the case of those who choose to opt for the AstraZeneca or Janssen shots, “getting either of these vaccines will mean they will be vaccinated earlier”, they said, than if they wait to get the Pfizer or Moderna vaccine.

That rare clotting, known as Thrombocytopenia Syndrome (TTS), has a case fatality rate of between 17% and 20%, it said.

“People receiving Vaxzevria are advised of the very rare risk of blood clots, the symptoms to look out for and to seek urgent medical attention,” the spokesperson said.

“Healthcare professionals are also aware of this and the investigation and management of such cases.”