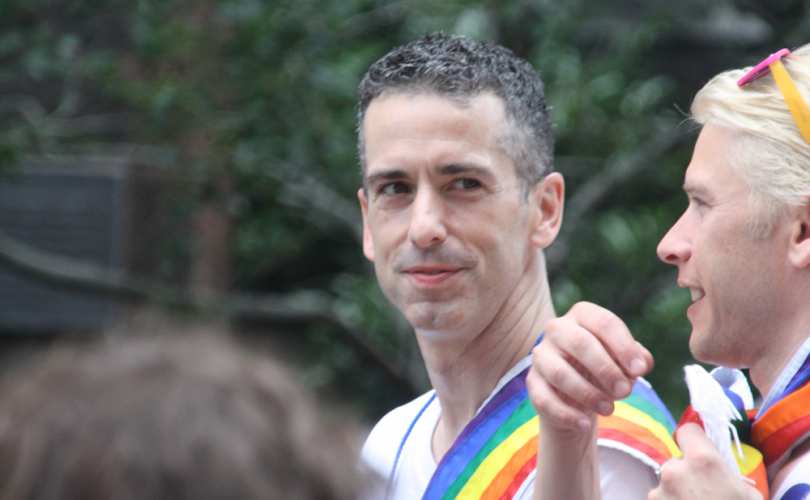 CNN has claimed cuckoldry “can be positive for some couples,” citing a recent study by Dan Savage.

“In our current political climate, the term ‘cuck’ — short for ‘cuckservative’ — has become an insult of the so-called alt-right, aimed at men they view as spineless and emasculated. The slur has its roots in the concept of cuckolding, or having an adulterous partner,” claimed CNN in their article, demonstrating a tenuous grasp on popular usage of the term. “But, according to a recent study by David Ley, Justin Lehmiller and the writer Dan Savage, acting on cuckolding fantasies can be a largely positive experience for many couples, and hardly a sign of weakness.”

“Cuckolding has become fetishized into a powerful sexual fantasy for some men, who get aroused by the idea of their romantic partner engaging in sexual activity with someone else. Women also share this fantasy, but less so than men,” they explained. “Remember that sometimes just sharing a sexy thought can be arousing enough — you don’t have to follow through. If you are thinking about acting on a cuckolding fantasy, it’s worth stepping back first and making sure your relationship is in a good place and that you have strong sexual communication skills… For couples who do decide to move forward, it’s important to take things slow.”

CNN based their statements on a study co-produced by sex writer Dan Savage, which revealed 58 percent of American men and “about a third of women had fantasized about cuckolding.”

Savage, a far-left LGBT public figure, has previously expressed his wishes that all Republicans “were fucking dead,” wished cancer on Sarah Palin, supports citizenship for illegal immigrants, and following the 2016 Orlando shooting at Pulse Nightclub attempted to blame the attack on “toxic masculinity” and guns instead of radical Islam.

In 2000, Savage also licked the doorknobs in politician Gary Bauer’s campaign office in an attempt to make the Republican ill.

One thought on “CNN Touts Dan Savage Study: ‘Cuckolding Can Be Positive for Some Couples’”